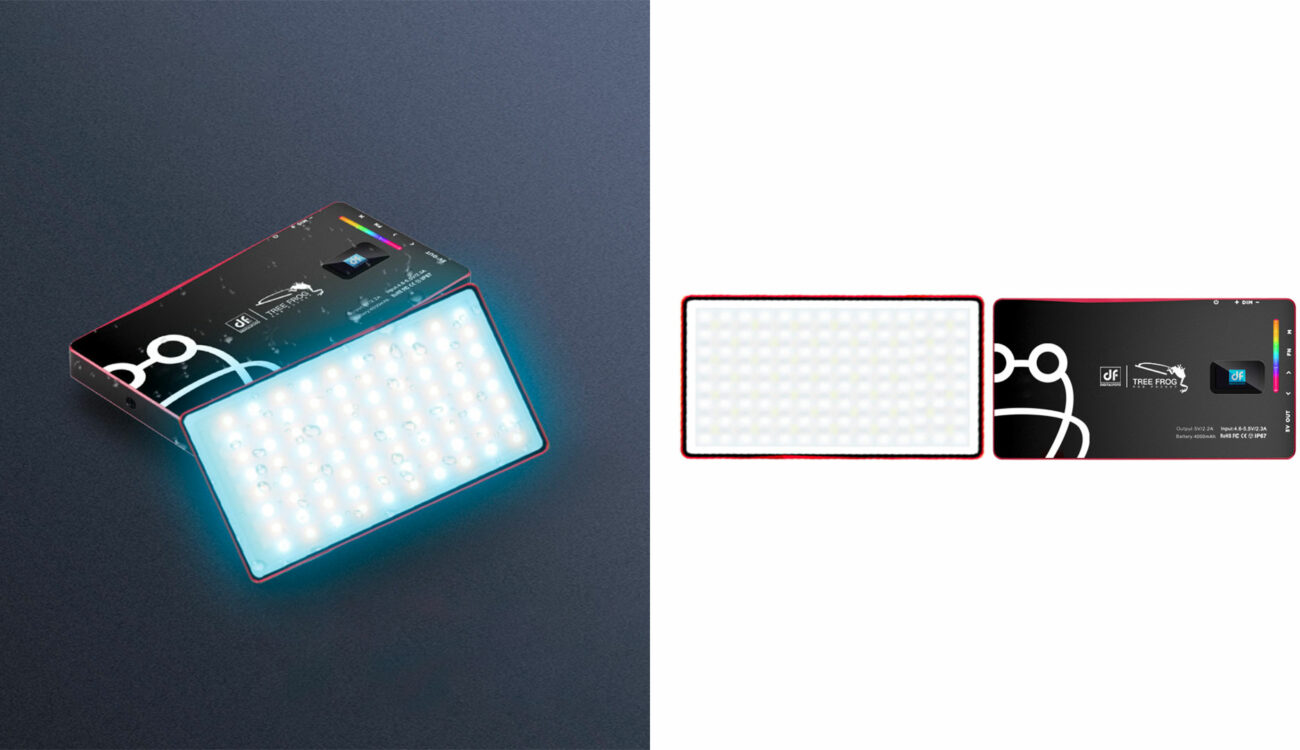 Last month, DIGITALFOTO has announced the launch of a new small RGB LED light: the DIGITALFOTO Tree Frog. This pocket-sized fixture can go from 2500K to 8500K and it has a full 360° HSI mode so you can reproduce nearly every color you wish. The casing is IP67 waterproof rated, and the back of the case is magnetic which is very handy for an accent light. Let’s take a closer look at it!

Let’s start by saying that the DIGITALFOTO Tree Frog looks very similar to other fixtures on the market, like the SANDMARC ProLight, the Boling P1, the GODOX M1, and so on. There’s nothing wrong with similarities between the DIGITALFOTO version and other ones.

I have the GODOX M1 in my camera bag, and it is a nice little accent light that can add a last-minute small punch of color in the background of your scene.

The Tree Frog has a lot of similarities with other pocket-sized RGB lights, including:

However, the Tree Frog has a couple of differences compared to its competitors.

The Tree Frog is slightly bigger and heavier than the GODOX M1, for example, with dimensions of 156 x 83 x 16mm for a weight of 320g (240g for the M1). The bigger battery takes more space and is heavier, but you’ll have an expanded run time of around 3 hours at full power, according to the company.

To adjust your settings, the Boling P1 and GODOX M1 uses few buttons and a dial. On the other hand, the DIGITALFOTO Tree Frog uses only buttons, which can be a bit slower, but more precise.

Also, the Tree Frog is IP67 rated, which means it is dust proof and you can put it underwater at 1m for 30mins.

And, like the Nanlite PavoTube II 6C that we reviewed, the back of the Tree Frog has built-in magnets so you can hang it on metal surfaces. Talking about mounting options, there are three 1/4″-20 mounting points – two at the bottom and one on the left side – to put it on a tripod/cold shoe adapter.

The DIGITALFOTO Tree Frog is available now for $129.00.

The light comes with a lot of accessories, including a carrying case, a mini handheld tripod, a tripod head, a protection cover, one honeycomb grid plus soft light cover, a USB-C cable, a USB-C to USB-A adapter, and one small strap. That’s a lot of included accessories!

What do you think about the Tree Frog? Do you already have a compact-sized RGB LED light in your backpack? Don’t hesitate to let us know in the comments below!