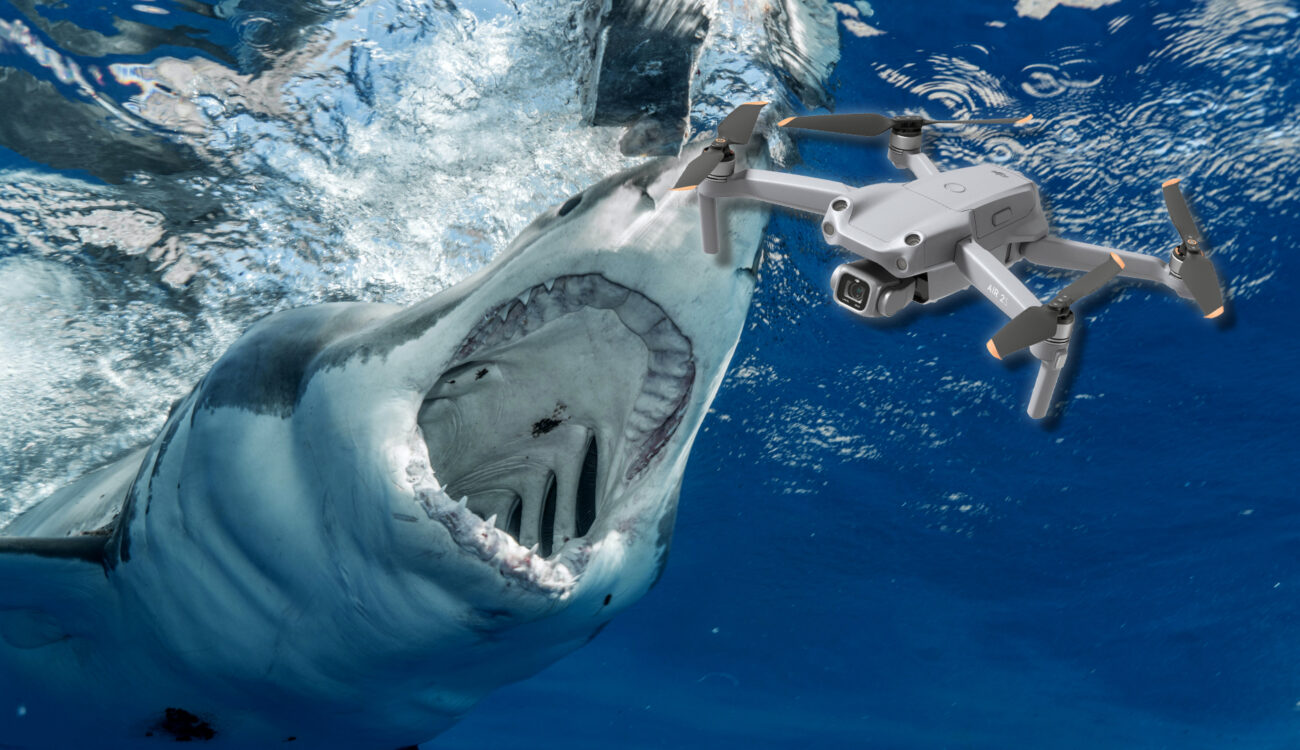 A leisurely drone flight to capture the waves at Bondi Beach turned into a mad dash to rescue a spearfisherman being attacked by a shark. The flying video technology that lets us record magnificent aerial vistas and high-speed action has been adapted for use in search and rescue, but this time, we get to see it happen.

Drone pilot Matt Woods witnessed a terrifying moment while flying over the waters at Bondi Beach, in Sydney, Australia. Instead of capturing the beautiful waters of the Tasman Sea, Woods caught a spearfisherman fending off an angry shark searching for its next meal. The Daily Mail reported on this horrifying sight that lasted for half an hour, where the ocean predator can be seen lunging at the diver multiple times.

Woods was quick to act and contacted the local lifeguards while keeping his drone steady over the diver. This allowed him to direct the rescue team to the fisherman where a lifeguard jet ski pushed the shark back out to sea. Thankfully, the diver made it atop some rocks by a reef and was safe.

Drones are not new to search and rescue. We recently posted an article about adapting photogrammetry used in this manner for VFX. The event that Matt Woods witnessed was a unique opportunity to see how drones can be a versatile tool for not only visuals but for saving lives.

But what about the shark!? I hear you say. Why did it attack the diver?

Thankfully, the mako shark from the event above does not represent a danger to humans as it lives far from the coast. Yes, I saw the video. Spearfisherman usually carry bait or dead fish upon their person throughout their time in the water.

As sharks can smell a meal over a large distance, the predator from our video probably caught the scent from the daily catch. A mako shark is also the fastest shark on Earth. They can reach up to 32 kilometers per hour and are capable of traveling up to 55 kilometers in a single day. You can see where this hypothesis is going, right?

So what did we learn? Keep your drone in the air and make sure you watch your surroundings if you’re ever spearfishing near Bondi Beach. Thank you to Matt Woods for his quick thinking and we’re happy to hear the fisherman is safe!

Featured image credits: Photo by Mile Ribeiro from Pexels (not sure if that’s a Mako though :) Drone image credit: DJI. Editing: CineD

What was the craziest footage you’ve ever caught on your drone? Does seeing something like that make you want to buy one? Let us know in the comments!