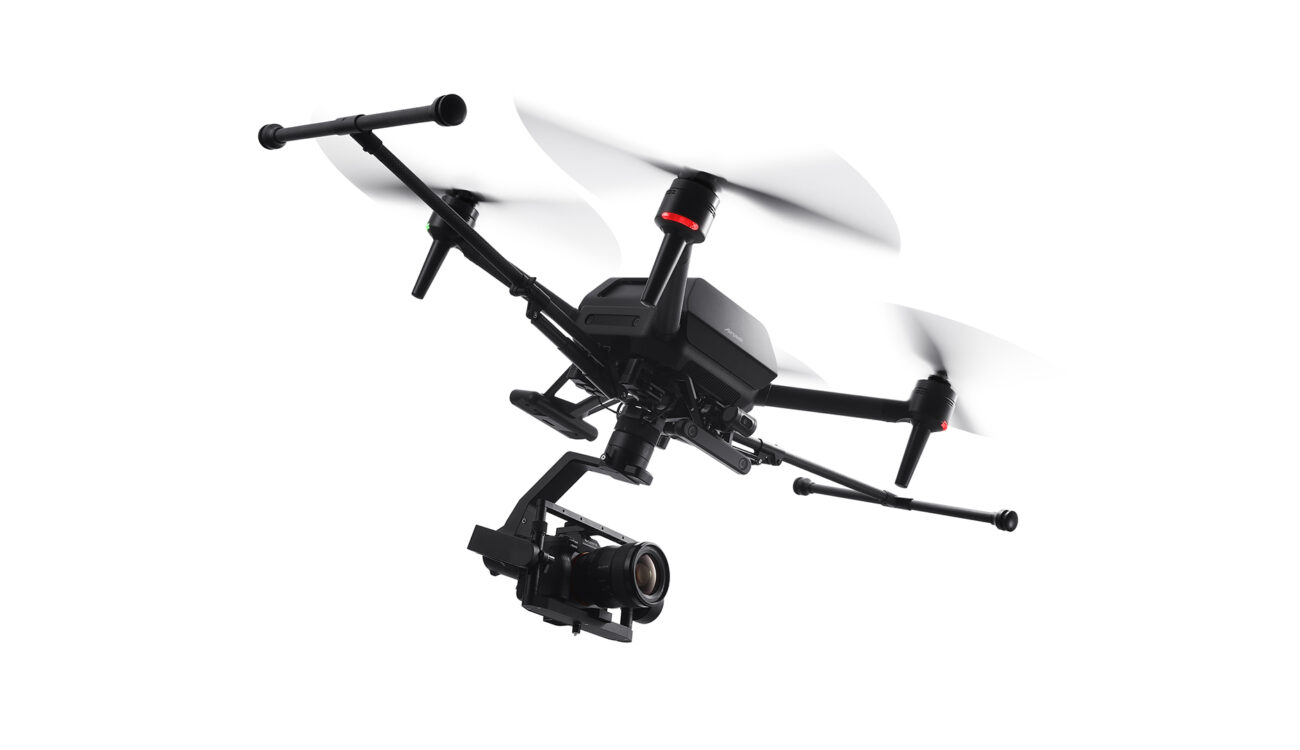 We have covered Sonys “Airpeak” project before, but now things are getting concrete. Sony just announced the first model in their upcoming Airpeak line of professional drones: The Airpeak S1. The smallest drone capable of flying an Alpha mirrorless camera.

Combining an extremely compact size with some of Sony’s most advanced imaging, sensing, AI and robotics technologies, the S1 will allow content creators, storytellers and commercial professionals to capture that which they’ve never been able to capture before.

For the Airpeak A1, Sony has developed its own proprietary motor, propeller, flight control system. Because of that and the in-house sensing technology, allows it to fly at extremely high speeds with very stable wind resistance.
The Airpeak S1 offers dynamic flying capabilities. That includes a maximum speed of 55mph (90km/h). A maximum angular velocity of 180°/s, and a maximum tilt angle of 55°. Propulsion technology using a combination of Sony developed key devices provides wind resistance in strong wind speeds.

Sony has built-in five stereo cameras: Situated In the front, back, left, right and bottom of the aircraft these collect data for stable flight and obstacle avoidance. These and other sensors enable stable flight, even when satellite navigation is hindered.
And interestingly, they have even added an infrared ranging sensor to the top of the drone to avoid collisions with objects above.

Here it gets really interesting: Because the Airpeak S1 is compatible with numerous camera bodies. Including: the Alpha 7S series and FX3, the Alpha 7R Series, and the Alpha 9 Series. Even the the Alpha 1 is compatible, in case you need 8K footage.

Additionally, a gimbal for 3rd party cameras will be available as an optional accessory.

Sony has developed “Airpeak Flight,” an iOS and iPadOS compatible application that integrates the aircraft, transmitter, camera, and gimbal. It allows the operator to monitor status information and change various operations and settings on the screen. Additionally a dual operation mode is also available. One user can operate the drone, while another can operates the gimbal and camera at the same time. A FPV (First Person View) camera, helps the operator to check the direction of the aircraft and the direction of travel.

Sony seems to have put a lot of thought into managing the drone hardware and creating flight plans. For that they developed a web application called “Airpeak Base”. The user can create or pre-program flight paths in advance using a map. These include the timing of photo and video shooting and gimbal orientation. That essentially means “motion controlling” the drone to repeatedly fly the same exact path. The drone can reproduce past flight paths based on recorded logs.
The user can upload Aircraft information, to the cloud via the mobile app Airpeak Flight. Airpeak Base allows users to check the status of the aircraft and can provide notifications if necessary. Additionally users can manage the status of all managed aircraft in one place before flight. Past flight logs can be viewed on the logbook screen, and details such as in-flight errors can also be reviewed.

Similar to competitors Sony also announced “Airpeak Plus”. A cloud service that enhances the “Air Base” web application — presumably with more advances features. “Airpeak Protect Plan” is basically an insurance that covers accidental damage. More info on that will be published here, before the drone starts shipping.

The new Airpeak S1 suggested retail price is approximately $9,000.00 and will ship with two pairs of propellers, a remote controller, two batteries and a battery charger. A third-party gimbal made specifically for the Airpeak S1 will be sold separately. The Airpeak S1 will be available for pre-order and ship to customers in the fall of 2021.

The ability of the Airpeak S1 to carry and remote control Sony Alpha cameras out-of-the-box sets it apart from the compeditors offerings. If the aircraft itself will be a match aeronautically and from a usability standpoint remains to be seen, and also how it compares to offerings from drone market leader DJI. Make sure you check CineD frequently for more news on the topic.

Do you own/operate a drone? Are you excited by Sonys offering? Please share your thoughts in the comments below.