On the heels of an equally entertaining interview last NAB with Johan Hellsten, the creator of Easyrig, the Swedish company has two new products debuting at NAB 2019. For Sony VENICE Extension with tethered sensor block users Easyrig has released a ghostbusters-esque cheeseplate for the camera body as well as a new mount called the “Flow” which handles up and down movement well. Check out our video from this year’s NAB where Johan takes it away. Again. 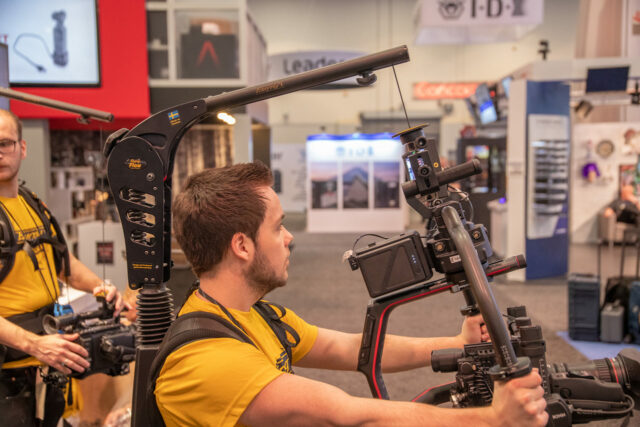 A few products have popped up on the market (like the Flowcine Serene) to account for the up and down movement with the Easyrig, but this is the first solution from the company itself. The Flow smooths out both gimbal and handheld shots and can handle camera setups anywhere from 11-55lbs if you have the Cinema 3 or Vario 5 versions of the Easyrig. Below is a quick video from Easyrig showing off some of the change in camera movement when using the new Flow upgrade. This shouldn’t be thought of as a replacement for a true Steadicam or gimble, but it does remove some of that vertical movement that the Easyrig can sometimes be prone to. 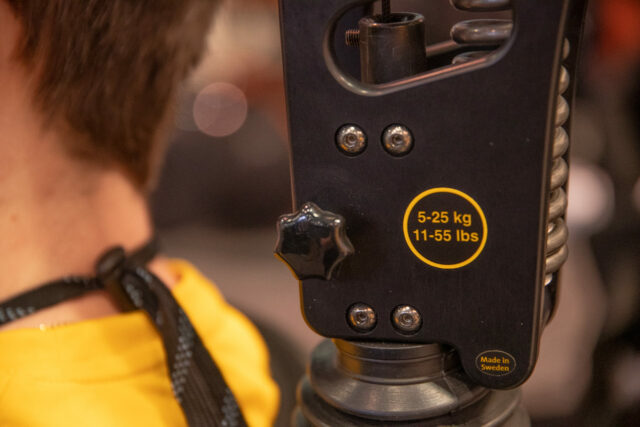 A new cheese plate allows for the Sony VENICE camera to be mounted to the upper arm of the Easyrig. This additional mounts sits just above the back unit of the Easyrig and includes two 3/8″ screws. Interestingly this idea didn’t come from collaboration with the Sony VENICE team and Easyrig independently saw the need to introduce such a product into the market. I’m very curious if there are enough Sony VENICE extension cameras in the market to sustain a product like this and accessing the VENICE menu controls sideways seems a little tricky.

What do you think? Will the Flow arm be finding a place in your kit? Is it worth the upgrade?