Sony just presented a new version of the  Sony VENICE which will give it a removable sensor block which is tethered to the camera. Also, Sony VENICE will get the long-awaited firmware update version 2 at the beginning of July. The firmware update unlocks new framerates, Sony E-mount possibility and few other new features. Sony also announced that two Avatar sequels will be filmed with the Sony VENICE.

Cine Gear Expo started today in Los Angeles and our cinema5D team there is reporting with fresh content from the Sony press conference. 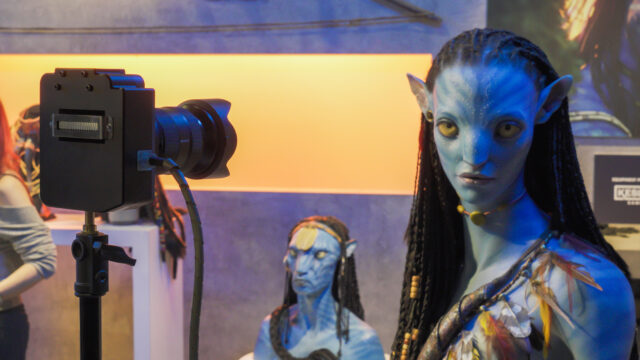 James Cameron made an appearance at the Sony press conference – only on screen – announcing that he will be shooting Avatar 2 and 3 with the Sony VENICE camera system. Avatar producer Jon Landau made an appearance on stage to discuss Lightstorm Entertainment’s collaboration with Sony, and we interviewed him as well. Landau said, “Jim (Cameron) and I were blown away by the potential of what the Sony VENICE could do.” James Cameron added, “The VENICE camera delivers the most astonishing image I’ve ever seen. The blacks are rich, deep and velvety, the highlights and source lights are amazingly bright. For the first time, we truly appreciate what the term High Dynamic Range means.”

Interesting side fact is that performance capture for Avatar sequels is supported by a variety of additional Sony cameras including multiple Alpha mirrorless interchangeable lens cameras and even the compact RX0. 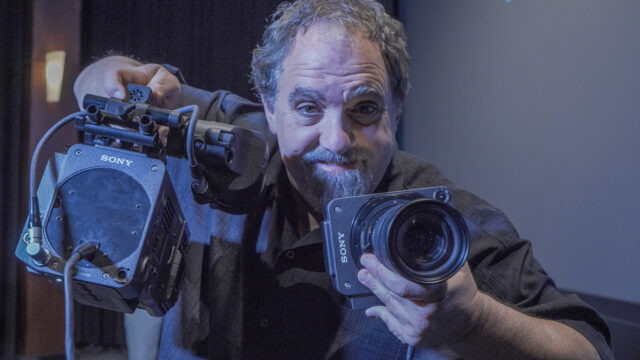 The collaboration between Sony and Lightstorm, Cameron’s production company, began in 1999, resulting in the development of a unique extension system allowing the camera body to detach from the actual image sensor block. A similar approach has now been adopted for VENICE, with each sensor and camera body connected by a cable at distances of up to 20 feet with no degradation in image quality. For the upcoming Avatar sequels, multiple VENICE cameras will be paired in various 3D stereoscopic rigs. Using the new Sony cabling system, the only part of the VENICE carried on the rig will be the image sensor optical blocks, and thereby significantly reducing the carried camera weight to about 3 lbs per sensor block. 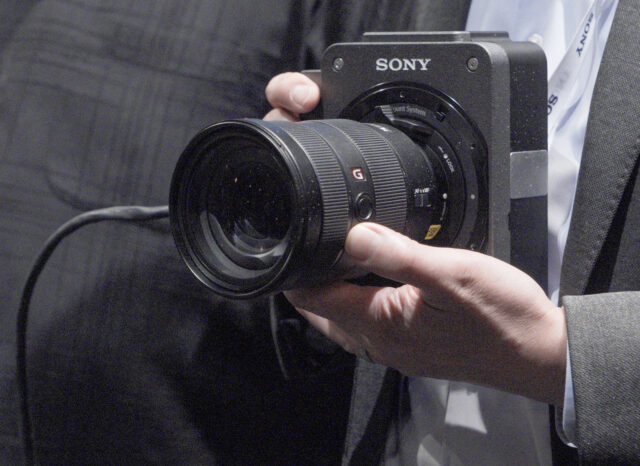 Like a DSLR – with a big fat cable. The sensor block of the Sony VENICE

The Avatar sequels will be among the first feature films to use the new VENICE Extension. This system also has significant potential for wider use with Steadicams, (tethered) drones and gimbals, and remote mounting in confined places.

No word on pricing or availability yet, but it is supposed to be an optional upgrade for existing VENICE cameras. There are two short films shot on the new Sony VENICE which were presented during the press conference to showcase this camera’s capabilities. The first film “The Shoot” by Jeff Berlin (director and DP) showcases the VENICE’s color science and how the camera handled different skin tones of casted models.

Sony also announced the details of a planned optional (as in: payable) upgrade to support high frame rates in various resolutions. The upgrade will include speeds up to 60 fps in 6K, up to 90 fps in 4K, and up to 120 fps in 2K. It is planned to be released in the spring of 2019, but that timeframe is still tentative.

Is the Sony VENICE camera system maturing with these new updates? Let us know what you think about the system in the comments below. 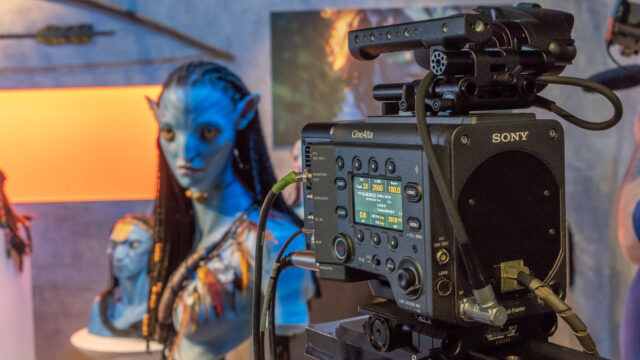