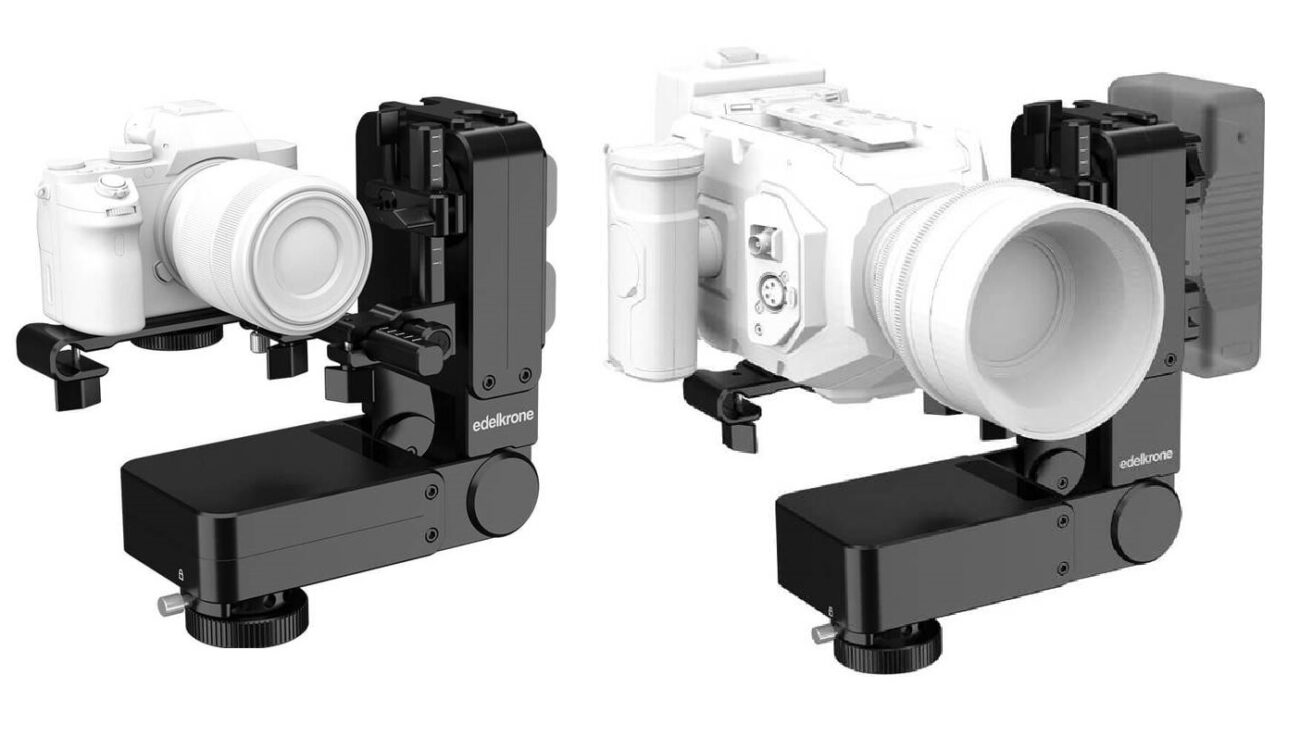 edelkrone’s HeadPLUS v2 brings three main improvements over their first version. V2 now has an LCD information screen and a physical on/off button on its body. The HeadPLUS v2’s L-Bracket has an additional marking point for a more accurate camera position in Target Mode. And, the HeadPLUS v2 also has pan and folding angle lock pins for straight adjustments.

The first version of the edelkrone HeadPLUS was released back in 2018. For more information about the HeadPLUS and HeadPLUS PRO, you can check our article from the release. Roughly a year ago, edelkrone added a jib to the combo. We have included the JibONE and HeadPLUS combo in our Virtual Show and made a video with an interview talking about all the features of the motion control combo. Now, the company releases a slightly updated version of the product, simply called HeadPLUS v2. Let’s take a short look at what is new.

There are three main differences between the HeadPLUS v1 and HeadPLUS v2 models:

Furthermore, there is now also a small cavity in the L-bracket for battery extender cables for your camera. The edelkrone controller can be safely stored on top of the cold shoe connector, thanks to the magnets underneath. Last but not least, there is a link port for future extensibility.

The new head will be compatible with various optional add-ons, such as the FocusPLUS PRO and the Vision Module for face tracking (coming soon). It can also be attached to edelkrone’s sliders, jibs and dollies. The HeadPLUS v2 can be controlled with the free edelkrone smartphone app or with edelkrone’s dedicated remote controller.

According to edelkrone, the FocusPLUS PRO features a precise, quiet and backlash-free operation. The CNC machined aluminum body includes a power on/off switch and an instant feedback screen. It can be powered either by the built-in LP-E6 bracket or a DC-in port. The FocusPLUS PRO only works with hard-stop lenses and infinity lenses. It does not work with Servo / Focus by wire lenses. It comes with three edelkrone lens gears and three 15mm rods in different lengths (15mm & 19mm diameter rod clamps).

The soon-to-be-released Vision Module is designed to track the subject’s face. It will only work with the new HeadPLUS v2 models. Thanks to the live camera feed to the edelkrone app, it will be possible to check the framing at all times.

The edelkrone HeadPLUS v2 is available now. The price is $1,799 for the standard version and $2,299 for the larger PRO version with double the payload. Edelkrone is also including the new head in various bundles with other products that can save you some money in total. The new FocusPLUS PRO retails for $599.

Have you been using edelkrone’s HeadPLUS and JibONE for your work? What do you think of the improvements of the HeadPLUS v2? Let us know in the comment section underneath the article.