Edelkrone recently launched its new Edelkrone JibONE – compact, motorized jib which can be controlled with an app. The jib supports cameras up to 11lb/5kg and has a maximum length of 1.64ft/50cm. The Edelkrone HeadPLUS, which has been in the market for a while already, is a two-axis, pan-and-tilt motion-control programmable head. Together, the rig can carry camera setups up to 5lbs/2.3kg and it can be fully controlled with the Edelkrone app for repeating shots and more. Nino interviewed Alper Furkan Ozturk from Edelkrone to hear more about this setup. 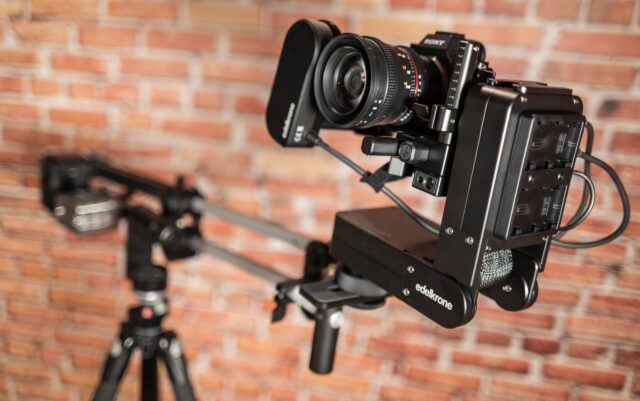 The JibONE from Edelkrone was launched in January 2020 (for more information, check our news article about the JibONE). It is a compact jib made from machined CNC aluminum. When collapsed, it measures only 61 x 17 x 15cm which makes it fit into Edelkrone’s backpack. Fully extended, the Edelkrone JibONE offers a maximum travel length of 1.64ft/50cm.

It weighs 12lb/5.5kg with one counterweight of 2.2lb/1kg. Like every other jib, you need to put counterweights at the back of it to balance the whole setup. The JibONE comes with four 1kg counterweights so that you can balance camera setups up to 11lb/5.5kg. 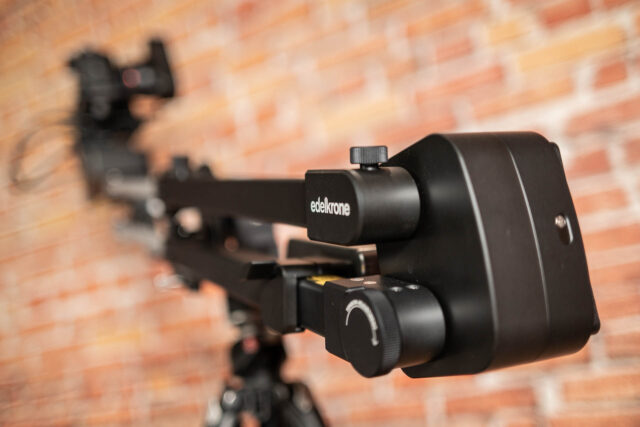 At the bottom of the jib, there is a 3/8″-16 mounting port so that you can attach it to any tripod. Also, there is a locking mechanism to lock it when you need to move it or change your shot. A nice feature of the JibONE is a built-in tilt mechanism that allows you to put the jib at an angle – up to 22.5 degrees (9 different angles) – to get a diagonal type of shots. 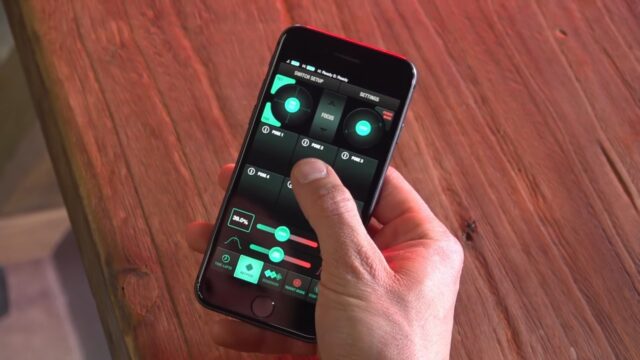 The Edelkrone JibONE can be operated either by hand or via the Edelkrone app, which is both Android and iOS compatible. Once the jib is connected to your smartphone via Bluetooth, you can program and repeat shots as you like. You can also connect your camera to the Edelkrone JibONE with a 2.5mm shutter trigger cable to shoot time-lapses. Edelkrone claims that the JibONE is ultra-silent. In terms of power, there are battery plates (sold separately) for either two Canon LP-E6 type batteries or two NP-F style batteries. According to Edelkrone, the expected run time with two Canon batteries is two hours. Another option is to plug the jib to AC power or a V-Mount/Gold Mount battery via the 2.1mm barrel connector. 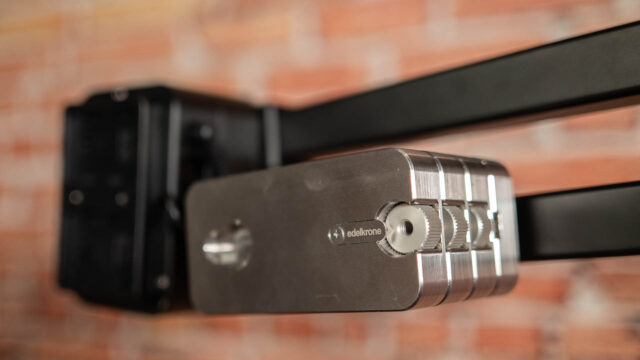 The HeadPLUS from Edelkrone has already been on the market for a while. For more information about the head, please check our news article from August 2018. In short, the HeadPLUS is two-axis, pan-and-tilt motion-control head that can be programmed with any video or time-lapse movement with the Edelkrone app. 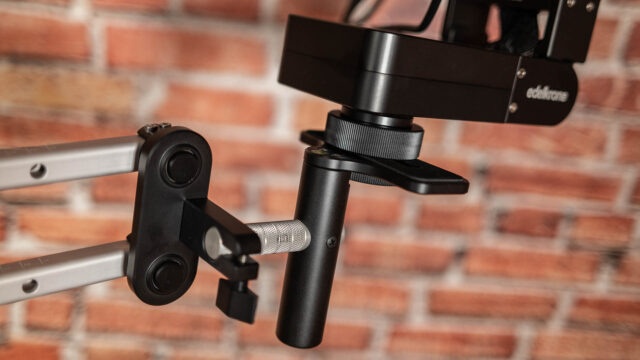 When combined with the JibONE, the whole system can be controlled with the app. Users can control – and repeat – a jib shot while the camera is panning/tilting at the same time. There are also various in-app shooting modes, including target tracking shots, live target switching, and Sequencer Mode.

There is also a laser module available for the HeadPLUS, which equips the head with additional functions. With the laser module, the setup can keep track of a selected subject more easily. With the focus motor, the Edelkrone setup will even pull focus accordingly. 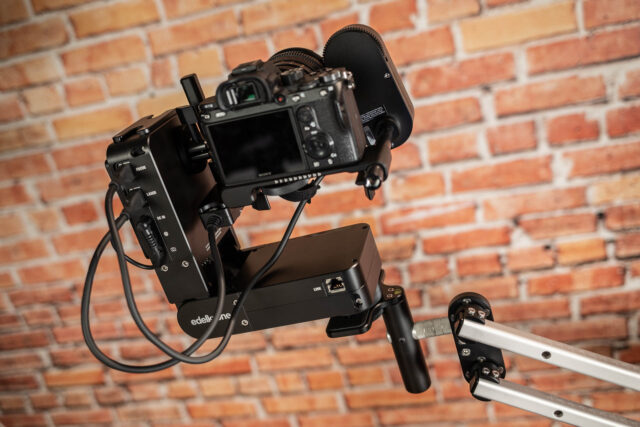 While the HeadPLUS itself can carry payloads up to 10lbs/4.5kg, when mounted together with the JibONE the total maximum payload of the setup is 5lbs/2.3kg as the jib needs to carry the head and the camera.

What do you think about the Edelkrone JibONE and HeadPLUS? Do you need a motion control device such as this combo for your filmmaking work often? Let us know in the comments underneath the article.