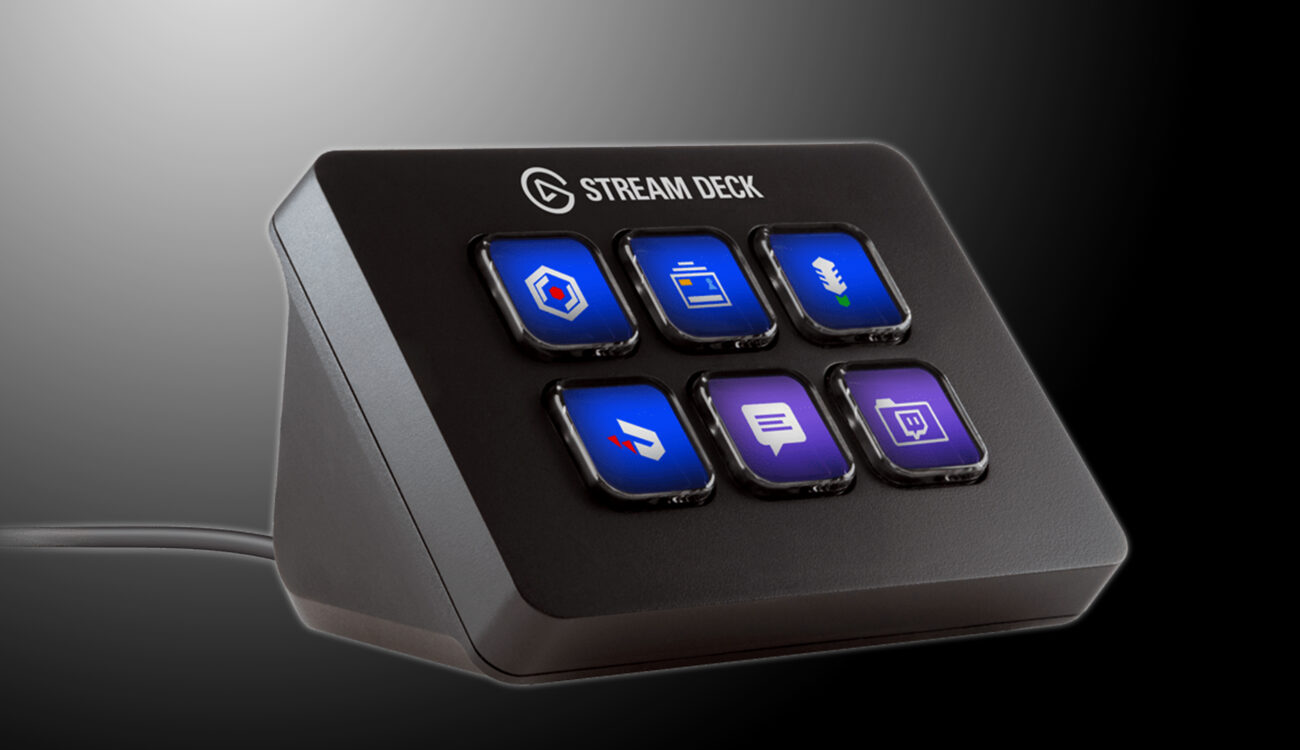 Meet the little brother of Elgato’s 15-Button Stream Deck. This new one only has 6 buttons but since every single one of them is a tiny programmable LCD screen, the possibilities are endless. Originally made for enthusiast and pro gamers, the Stream Deck Mini is well worth a closer look for indie filmmakers, too! 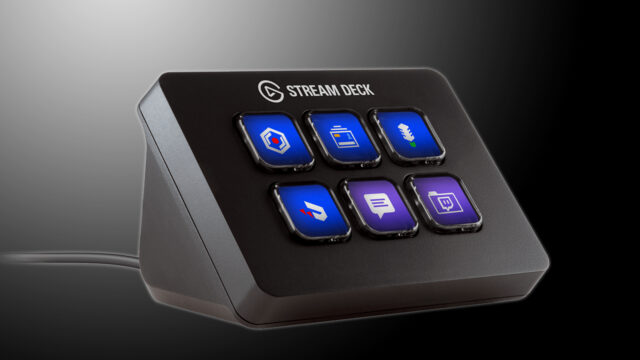 This tiny device is basically exactly what its name suggests: A Stream Deck Mini. If you can’t recall what the Elgato Stream Deck was (and is) all about, head over to our original coverage here. Basically, the Stream Deck Mini is an add-on to your keyboard/mouse/touchpad desktop.

It sports 6 buttons which can be programmed using a dedicated control software. Furthermore, each button contains an LCD screen, so you don’t have to memorize anything. Plus, you’ll get instant visual feedback on what’s going on.

The real magic lives within the software. With it, you can configure the whole unit so it matches your workflow. Since this is originally a gaming device you’ll find lots of options regarding twitch streams, twitter, chatting and so on. And then there’s the one action available called “Hotkey” which opens up a whole world of possibilities. You can program all these weird shortcuts of your favorite NLE / grading suite / FX software to one of the buttons, create an easy to remember icon for it and you’re all set.

The accompanying software now is available in version 3.1.1. As a brand new feature, you’re now able to create so-called multi actions. This is a really neat feature since you can stack multiple actions into one serial sequence and trigger the whole thing with a single push to the according button. You can, if you like, delay certain action within a group by a few seconds (or minutes).

Furthermore, you can create folders within the software. I’m using the original Stream Deck in conjunction with several apps, for example Photoshop, Premiere and DaVinci Resolve. For each application, there’s one folder and therefore 15 fresh buttons to assign shortcuts to. The same is true for the Stream Deck Mini, of course. So having “just” 6 buttons is not necessarily a disadvantage here. You just have to be a little conscientious about which functions you need most for a given program.

The new Stream Deck Mini is available now and you can get it directly from Elgato for $99.95. The 15-button Stream Deck is still available, of course. It sells for $139.90.

The unit comes with an attched USB 2.0 cable and in contrast to the original 15-button version you can’t adjust the angle of the unit. If this is a drawback I don’t know. But sometimes I had the feeling that the stand for the original Stream Deck could be a little more sturdy. Since the Stream Deck Mini is made of one piece, you won’t experience any wobbling with it, I suppose. So maybe it’s a good thing to get a soild angled block rather than a two-piece device.

Maybe this tiny device could be perfect companion for bigger conrol surfaces such as the Blackmagic Design Micro Panel or the Tangent Wave 2.

What do you think? Do you have any experience with the Stream Deck? Share your thoughts in the comments below!