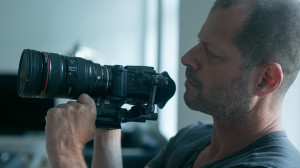 Sony announced the new Sony Alpha 5100 mirrorless camera last week that raised entry-level shooters hopes due to the success of the new Sony A7s. We had a chance to test it in our labs and now we took it into the field for a hands-on review.

First I have a little confession to make. This camera review was executed in a very spontaneous way. So while most of the effort went into “rigging” the camera, I left my microphone and external audio recorder behind, so all the sound you hear in this video including the short interviews were recorded internally on the Sony A5100 camera mic. (The camera does NOT have a mic in option. The audio track you hear got a little “noise reduction” treatment in order to isolate the interview sound from background noise).

As it was hard to use the camera’s LCD screen outdoors, I used my old and trusted Zacuto Z finder as a quick solution. On top of that the Sony A5100 came with its original 16-50mm pancake zoom lens which has a 40.5mm inner filter diameter which I intended to use with a variable ND.
Unfortunately I did not have the required step-up ring for this diameter, so I was “forced” to use my Canon 24-105mm f4 IS lens which I used with an R.J EOS to NEX adapter and so I ended up with a set up that was a bit “larger” than I originally intended…

When I arrived at the location, I decided to simulate a standard ENG (Electronic News Gathering) shooting assignment. No slider moves or any beauty shots, just a very straight forward approach as I can not see this camera being used for anything too complex in the professional world .

So how did the camera perform in the field?

Pretty much standard. It is a very basic camera to operate (I would say suitable for entry level consumers) yet featuring some pro features like the modern XAVC S codec, peaking, histogram, 60p and a clean HDMI output with 8 bit 4:2:2.
If we are talking about “clean output” bear in mind that when you connect the micro HDMI cable to an external recorder, the camera LCD screen will turn black, UNLESS you set up the camera menu in “HDMI settings”to “HDMI info display-OFF” for using an external recorder like the new pocket sized Atomos Ninja star. 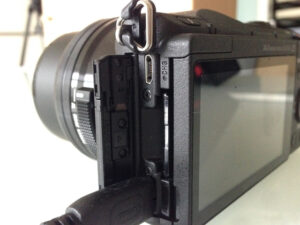 Another limitations which raised my concern was Sony’s decision to place the SD card slot on the left hand side just next to the micro HDMI connection. What this means in a real life production is that the SD card cover will always have to be open.

On the positive side, I do like the video quality coming out of this little camera which seems better then the Sony a6000. The image is a little soft (all the footage in the above video review was sharpened 20% in Adobe Premiere) but looks solid. If you like to explore some more of the technical aspects of the camera don’t miss to read our A5100 lab test HERE!

Put aside that this test was done with the Canon lens, the autofocus in this camera when being used with the (loud) kit zoom lens is very fast and easy to use, plus the “touch screen auto focus” is woking like a treat. 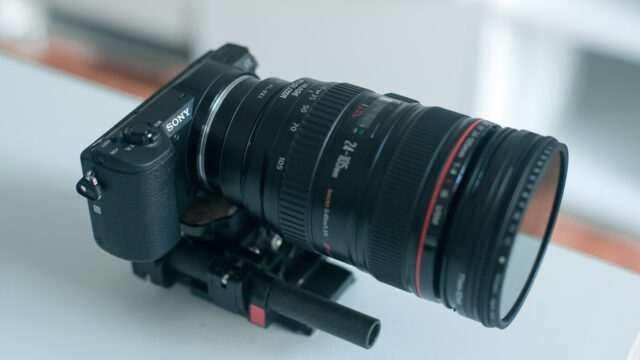 The Sony A5100 is a basic entry level large sensor camera housing some professional features. It is a nice camera for the occasional family user. I’ll be surprised if any professional will find it useful for any of their video productions as the camera, the way it is, leaves a lot to be desired.

For the rest of equipment used, see the list below.

A special thanks for the dear people at Carnuntum and Britta Tivan from http://www.filmessenz.tv/