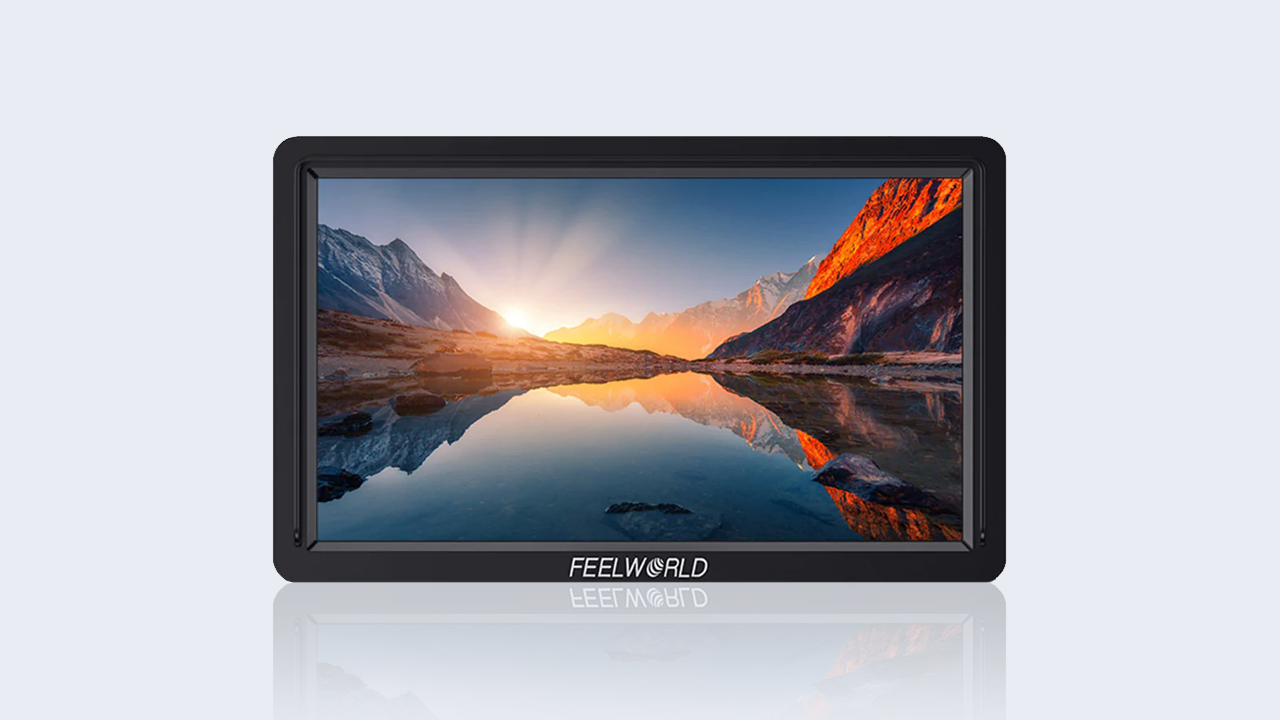 FEELWORLD has just released an affordable 3G-SDI on-camera monitor, the FW568S. It features a 6-inch FullHD display, 3G-SDI and HDMI input and output, 450 nits of brightness, custom LUTs support, and an NP-F plate on the back to power wireless video transmitters. It retails for $239.99.

Although FEELWORLD has recently introduced a large 10.1” model, the LUT11S, the company is primarily known for producing 5 and 7” on-camera monitors that are light on your pockets. I personally own the LUT7S PRO as a backup monitor and, although the build quality isn’t great, it’s bright enough to be viewable even when shooting snow sports.

The newly-released FW568S is built on the legacy of the existing FW568 V2, which is one of the most affordable HDMI-only models on the market. So let’s take a look at the improvements with this upgraded version.

The FW568S features a 6” 1920×1080 IPS display, which is slightly larger compared to the 5.5” screen of the previous model. The panel features a contrast ratio of 1000:1, has a viewing angle of 160°, and, unfortunately, only reaches a maximum brightness of 450 nits. As the FW568S is far from being daylight-viewable, the monitor comes with a sunshade.

As the name suggests, the major improvement over the “non-S” model is the addition of single 3G-SDI input and output ports. These accept video signals up to 2K60p, but the device also supports 4K UHD up to 30fps and DCI 4K at 24fps via its full-size HDMI input/output. Moreover, a 3.5mm headphone jack allows for real-time audio monitoring.

The device offers a set of common monitoring and framing tools, including waveform, vector scope, histogram, peaking, anamorphic de-squeeze, false color, and more. Also, users can now load up to 32 custom LUTs as .cube files, which are added to a series of built-in Log to Rec.709 presets compatible with some of the most popular camera models.

There are several methods to power the FW568S. Indeed, users can attach a Sony NP-F style battery to the back of the monitor, or plug it into an external power source via the DC IN 12V barrel connector or USB-C (5V) port. Furthermore, the rear side of the monitor has a “dummy” NP-F plate, which can be used to mount and power wireless video systems and other accessories. These can also draw juice from the 8V DC OUT port at the bottom.

Like most FEELWORLD monitors, the FW568S comes with a plastic construction that keeps it lightweight (203g). In my experience, this isn’t very reliable, especially for run-and-gun shoots, and is something that the company should really improve.

The monitor features two 1/4”-20 mounting points with locating holes, one at the bottom and the other on the right side. Moreover, the unit comes with a tilt arm that attaches to the side of the monitor via a 1/4”-20 screw and slides into the camera’s cold-shoe mount.

Lastly, the screen features a new menu layout that should be easier to navigate. However, users can only operate the monitor using a scroll wheel button, as the display itself doesn’t seem to be touchscreen.

What’s your favorite 5” or 7” on-camera monitor? What do you think of the new FEELWORLD FW568S? Let us know your thoughts in the comment section below!