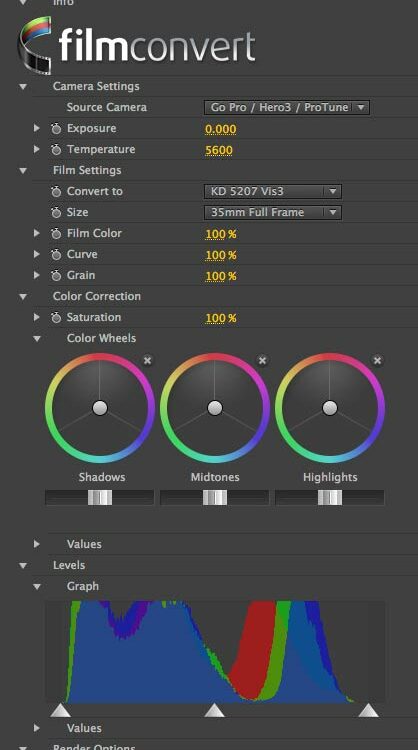 Filmconvert is a great software that transforms your digital footage into an accurate organic film equivalent by using subtle shifts in color and contrast, specialized for each individual digital camera. The approach is very effective and gives your footage the extra touch it often requires and the app is simple to use. Here’s another major update that adds support for additional cameras and integration in DaVinci Resolve.

Other new features of the standalone version:
• New Preset Manager – Name and manage presets
• New Quicktime Render Engine – More stability for OSX 10.8 and
• 64 Bit Version – Installs alongside the 32 bit version for OSX 10.8 and above
• Support for Sony FS700/100 and BlackMagic Pocket Camera Very nice for post houses and people using DaVinci Resolve is the new OFX plugin version. This can be purchased separately and is a free upgrade to all bundle owners. (Works for Resolve Lite as well)

There are also some enhancements to the After Effects / Premiere Plugin:
• 3 Way Color Corrector
• Saturation Slider
• Levels Graph
• Hardware Acceleration

Seems like we’re still missing the separate second monitor window for better full screen color correction. I guess we’ll still have to be waiting for that.
Please let us know in the comments which features you would like to see. The developers of filmconvert have an open ear for feedback and we’ll forward it to them.