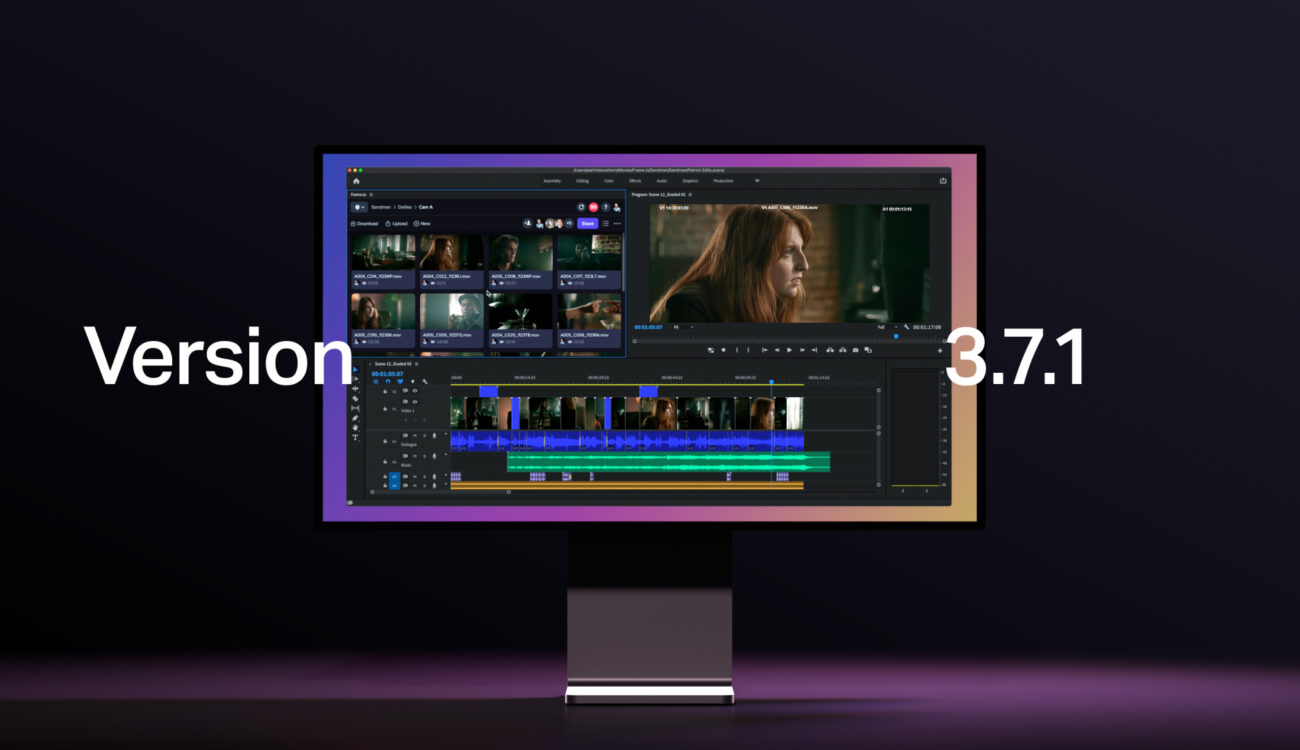 The increasingly popular cloud-based video review and approval platform Frame.io is now getting a new version. The previous update v3.7, which was launched in August 2020, added the Frame.io Transfer App along with some other improvements. Frame.io team is now launching the 3.7.1, so let’s take a look at what is new.

Frame.io 3.7.1 includes redesigned Adobe Premiere Pro and After Effects extensions with new user interfaces. Navigation controls have been moved from the bottom of the screen to the top, giving customers a larger and clearer view of assets. Switching between projects and teams has been streamlined, file path breadcrumbs have been added, and the download button now lets users import media directly into Premiere Pro or download it for later review. It is also easier to upload active sequences into Frame.io, so sharing the latest version of a cut is faster.

Frame.io 3.7.1 also adds a resizable navigation panel to the web app. It is possible to simply click and drag to show additional folders and text, or shrink it to leave more room for assets. New shortcut menus let users quickly move assets up one folder, making it even faster to reorganize clips. Last but not least, files can now be uploaded directly from Google Drive on iOS devices.

The new Adobe extensions are free for all Frame.io users and are available for download in the Adobe Creative Cloud Marketplace. The pricing for Frame.io, in general, ranges from a free account up to a custom enterprise account.

Do you use Frame.io for your work? What do you think about the latest updates? Let us know in the comments section underneath the article.