At this year’s NAB, we had a little chat with FUJIFILM’s general manager Toshihisa (Toshi) Lida about their current product range, and especially about their plans regarding video-related cameras. Let’s see what they have in store for us filmmakers.

FUJIFILM clearly wants to take aim at the cinema market. With the introduction of their FUJINON MK18-55mm T2.9 manual zoom lens (you can read our review of that lens here) they followed the concept of developing a product as compact and lightweight as possible. This meant making a few compromises.

Firstly, they choose to limit the mount options to X-mount end E-mount only, as they require a very small flange distance. The chances of an EF mount version becoming available in the near future therefore seem to be very small, but who knows? FUJIFILM also seem to be very aware of their customers’ needs and wishes. 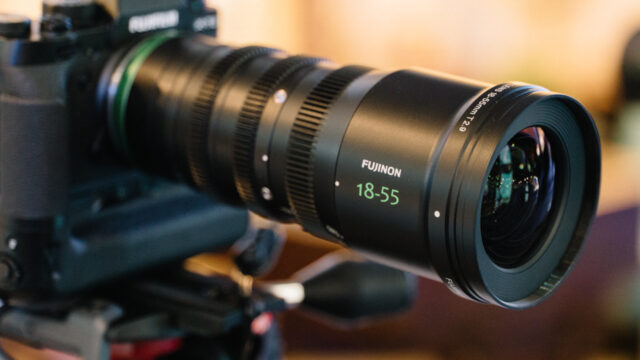 Delivering a compact product at an affordable price also means that the lens is currently a fully-manual device without any electronic connections. For now, this means no data flow between lens and camera, although FUJINFILM intends to implement an electronic interface for this purpose in the future it will be reserved for the X-mount version only. This makes the FUJINON MK18-55mm T2.9 and MK 50-135mm T-2.9 an entry product with a lot of potential for future versions.

The (Video) Future of FUJIFILM

The company has been quite busy for the last 6 years developing a variety of cameras such as the Fujifilm X-T2 (read our review here), XT-20 (read our review here), or the X-Pro2 (review here). Though all three can shoot video, they are clearly aimed at the stills photography market. However, one thing is clear: FUJIFILM is capable of building very decent lenses. They have a massive lineup of X-mount lenses but, as mentioned above, they keep exploring new fields with products like the freshly-introduced FUJINON MK18-55mm T2.9 manual zoom. A new Fujinon MK50-135mm T2.9 is also in the works and be ready to ship soon. 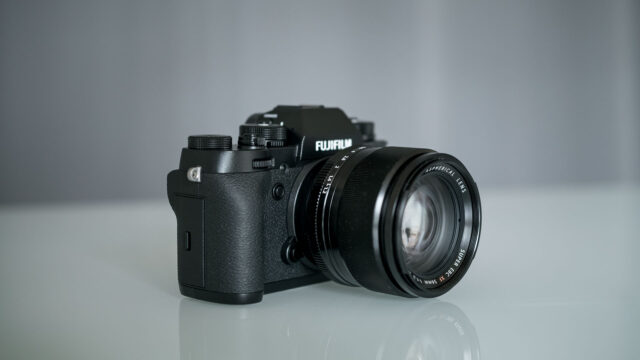 As Toshi Lida puts it:

The customers love our glass, the lenses.”

That claim is mostly related to their lineup of still lenses. But with such an expertise in making quality glass, there’s a lot of potential for upcoming (indie) cinema lenses, as well!

The FUJIFILM GFX 50s is the latest and greatest (and actually biggest) FUJIFILM mirrorless camera, featuring a massive 51.4MP medium format sensor. What’s interesting about it is that, despite being a stills camera, the GFX features Full HD video recording and, even more astonishing, an audio input jack. Why would you need an audio jack in such a stills camera who’s video capabilities is not a priority ? And if this beast is supposed to be a video camera after all, then can it do in the future better then Full HD? Maybe the fine folks at FUJIFILM have yet to make up their mind about developing a proper video camera with all the features you could ask for, but I think that little audio jack might be an indication of the path FUJIFILM is willing to explore regarding the video side of things. Actually, they already have everything that’s needed, they just have to put these things together. Maybe the solution is a more diverse lineup with more options, following the model established by Sony, who are leading the way with their line of a7 cameras: an entry-level model, an R model for stills photographers, and an S model for video shooters.

Granted: since FUJIFILM has made no concrete promises yet, the future of their video-related products is speculative at best, though there does seem to be a silver lining. Toshi Lida seems very positive about their future as far as video-capable cameras and lenses are concerned. Hopefully we’ll see some killer products at some point soon that will compete with established products like the Sony a7 / a9 line.

What are your thoughts about the current line up of cameras and lenses by FUJIFILM? Share your ideas in the comments below!