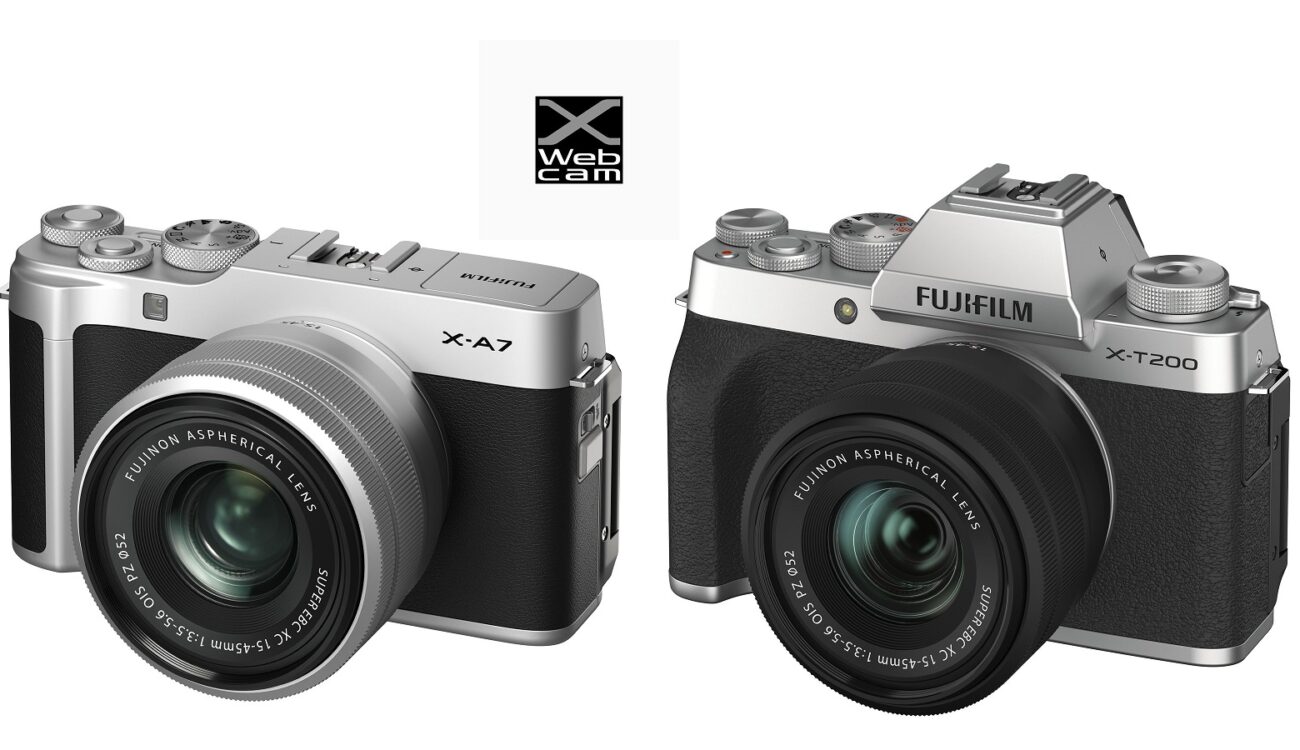 FUJIFILM released a new firmware update for the X-T200 and X-A7 mirrorless cameras. The update brings USB WEBCAM capabilities via USB-C connector and is available for download free of charge. The company further announced that the macOS version of its FUJIFILM X Webcam will come in mid-July 2020. 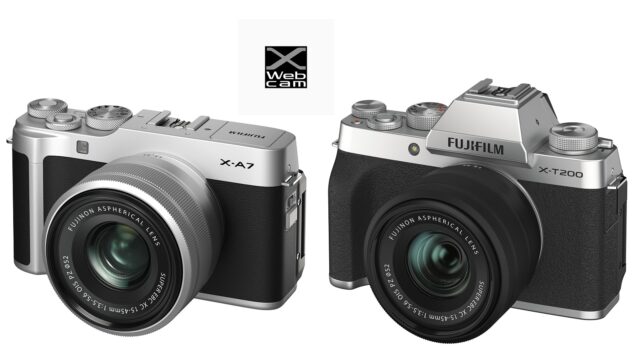 In previous months we have seen many camera manufacturers releasing firmware updates and special software to make it easier to use their camera models as webcams without the need for any third-party devices. Canon, FUJIFILM, and Panasonic are at the forefront of these efforts.

Roughly a month ago, FUJIFILM X Webcam app enabled selected GFX medium format cameras and X-Mount cameras to act as a webcam only via connecting it to the computer via USB. FUJIFILM, however, initially only included its top X-Mount cameras (X-Pro2 & X-Pro3, X-T2,  X-T3 & X-T4) to be compatible with the X Webcam. Now, there is a new firmware update that adds this functionality to the X-T200 and X-A7 “entry-level” cameras.

Both cameras are relatively affordable and very similar. They both feature flip-out screens, 24.2MP APS-C sensor, and they are capable of 4K video recording with up to 30p (with a 15-minutes time limit) or 1080p video with up to 60p. The main difference is that the X-A7 does not have a built-in viewfinder. For more information about the FUJIFILM X-T200, you can check this article.

The new firmware (version 1.30 for the X-A7 and version 1.10 for the X-T200) will make it possible to use either the X-A7 or the X-T200 as webcams for online meetings/conversations by connecting the camera to the computer via a single USB-C cable and without an additional app or software.

The new firmware can be downloaded free of charge here:

FUJIFILM further announced that the FUJIFILM X Webcam software, which is now only available for Windows computers, will also come for macOS Apple machines. According to FUJIFILM, the macOS version is due to be released in mid-July 2020. System requirements are Windows 10 (x64), macOS 10.14 (Mojave), or macOS 10.15 (Catalina).

Do you use FUJIFILM cameras for your filmmaking work? Did you try the FUJIFILM X Webcam app already? What do you think about the new firmware update? Let us know in the comment section underneath the article.