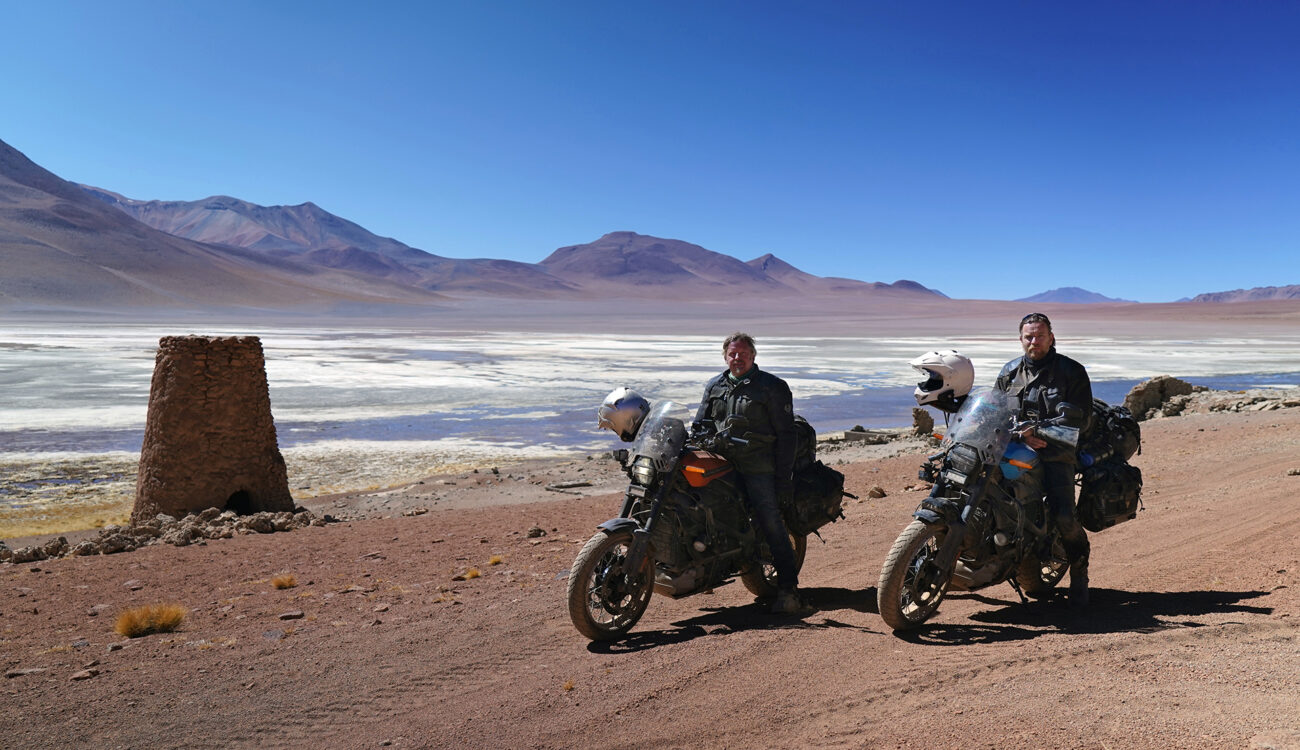 If you’re simply looking to go on an adventure and film yourself or a friend, then there’s not much stopping you to get on the road and go for it. But if you want to create something bigger, like a feature-length documentary, or a series, then you’ll need to explore ways of funding your documentary.

In MZed’s newest course, Adventure Filmmaking with Russ Malkin, long-time producer/director Russ provides a wealth of knowledge from over 30 years of creating travel documentaries for TV networks and streaming platforms. In one lesson, “How to Find the Money,” Russ summarizes the approach to funding an adventure movie, show, or web series.

Want to read more about this course? Here’s our recent article about Adventure Filmmaking with Russ Malkin.

Why are you making this show?

The first thing Russ recommends is to think long and hard about why you’re dead set on making a travel documentary. Say you have a friend who is planning to break a world record, and you want to come along and film the adventure. Do you really need to make it a huge deal with a big budget, or could you tell the story without any outside funding?

If there’s a way to self-fund a travel production, even if it’s not as big of a production as you would like, then really there’s nothing stopping you. And by committing to a project without seeking outside funding, you’re creating an experience for yourself and your talent that may be the ticket to selling a bigger project down the road, one that cannot be made without funding.

But if you really believe in a big idea, then it’s time to get serious about finding the money. First, you’ll need to decide on the details: how long is the show, is it a feature or a series, what can you film, what could you make out of it?

If you’ve never made something like this before and if you’re completely new to travel documentaries, then you will most likely want to partner with a production company that is already experienced. That way a funder can be certain that the production is being made.

Plus, experienced production companies will most likely already have contacts to commissioning editors at streaming platforms or broadcast networks, which will increase the likelihood of your project getting picked up in the first place.

One thing Russ emphasizes is if a funder has ever declined a project, it’s highly unlikely they’ll ever reconsider funding your documentary unless something really drastic has changed in your pitch. So give yourself the best chance of securing a green light the first time around.

Every TV network or global streaming platform has commissioning editors who are waiting for people like you to pitch your idea. Right off the bat, they want to see a single-page document that states the title of your show, what you are planning on doing, its duration, the places you’re going to visit and when, your talent, some photographs, and a statement of why you believe this show will be interesting to watch.

In addition to the single-page document, you’ll want to consider making a teaser tape. Consider it a dry run, an opportunity to experiment and shape your idea, but most importantly a way to test out your talent.

As Russ says, 90% of a show is often the character, and how they react to people and places they’re traveling to. The chemistry between people is what ignites the viewer’s interest, and often the unlikeliest of people work great on camera. The teaser tape allows you to see if your talent will work, and more importantly, it will give the commissioning editor a taste of the show’s potential.

Of course, a teaser tape will cost money to create, and if you can’t self-fund this portion of the project, then you’ll need to find someone who can invest in your idea before it even takes off. You’ll also need buy-in from your talent to get on board and make the teaser.

Your passion for the project may get you over the line and into the meeting, but to secure the funding and sell the project to a commissioning editor, you have to either have the experience or hire a team that has the experience.

As an alternative to commissioning editors, you may want to consider approaching a distribution company. Historically, they would take your finished show and sell it around the world. But according to Russ, more and more distribution companies are looking to get involved at the beginning of a project and accompany a documentary production throughout the journey.

Of course, it all depends on the project, as well as the distribution company’s financial outlook, but it’s worth giving it a shot.

There are many companies out there who may be interested in supporting your project if it aligns with their mission and business interests. For example, if you’re producing a travel documentary series that focuses on the environment, you could approach companies in the environmental space.

Now, finding the money with sponsors means you most likely won’t get a broadcast agreement for your show, but you can still land a huge audience with web distribution, streaming platforms, and even social media, especially with the support of a big corporate sponsor.

There are way more companies to approach for funding than there are broadcasters or streaming platforms, so you have more potential partners. And receiving financial backing from a corporate brand doesn’t mean they’ll get involved in the direction of your show. But keep in mind that their business is not video production, so you may have to do some more hand-holding along the way to reassure them that your adventure film is going as planned.

Another thing you’ll need to consider is if a product or brand integration interferes with the integrity of your show. In some cases, this could be a deal breaker. But these days, with branded films becoming the norm, audiences are accustomed to watching great content that they know is made partly with the support of brands, so seeing integrated products is not as much of a problem.

At the end of the day, corporate sponsors are just as interested in authentic, real human stories just as much as we are, and if you’re picking a partner or product that is the best choice for the job, then it will make sense for everyone involved. You’ll most likely end up talking to a brand manager or marketing team when you pitch your idea, so there will be a degree of negotiating to maintain the integrity of your project, but it’s very much a legitimate way to get your adventure funded.

Alternatives to funding a documentary

In the lesson, Russ also discusses other ways of funding documentaries, such as tourism authorities, philanthropists, and grants. In fact, the show “Extreme Frontiers with Charley Boorman” was partially funded by tourism authorities.

The key to any pitch is to be persistent, and confident, and as Russ emphasizes, only pitch one idea at a time. It’s hard for people to get on board with an idea if you’re not fully behind the idea yourself.

What else do you get with MZed Pro?

As an MZed Pro member, you also get access to over 300 hours of filmmaking education, including Adventure Filmmaking with Russ Malkin, plus we’re constantly adding more courses (several in production right now).