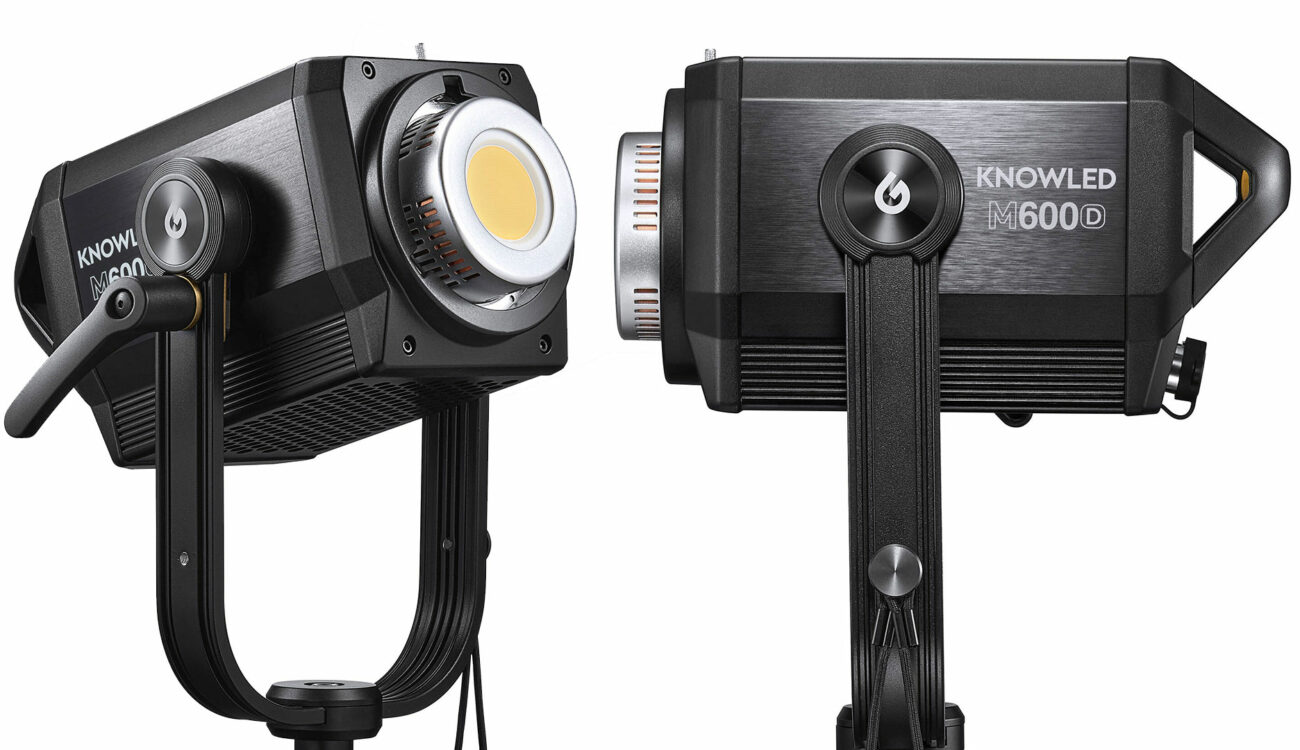 The Chinese company Godox has a variety of COB lights in its lineup already. Earlier this year, they announced the Godox SZ150R zoomable RGB light as well as SL100D and SL100Bi lights. With the current announcement, Godox aims to provide a powerful output fixture for bright environments – Godox Knowled M600D. Let’s take a look at its features and specs.

When it comes to color accuracy, Godox claims the M600D offers CRI 96 and TLCI 97. Dimming is available from 0 to 100% continuously (in 0.1 to 10% increments). According to Godox, optional scientific dimming curves for Linear, S-curve, Exp, and Log provide output behaviors catered to diversified settings and applications.

There are four special effects included – flash, lighting, TV, and broken bulb. Because of all that power, the light has an active cooling system with a built-in fan. Godox claims, however, that the fan remains silent most of the time. Remote operation is available via DMX or Bluetooth which offers up to 60m (196.9′) range. There are 32 wireless channels (16 groups).

The ballast is connected with the lamp head via a proprietary connecting cable. It is quite large and has two V-Mount battery plates on each side as well as a controlling interface with a knob, buttons, and a display on top. The AC and DC power supplies and runs on 100-240 VAC power for worldwide use.

Godox also introduced the FLS10 Fresnel to go with the light. This optional fresnel amplifies the light output to 46,400 lux at 3m (9.8′) and lets users adjust the beam angle from 10° spot to 35° flood.

The Godox M600D lamp is available now for preorder. The price has been set to $1,499 which is $200 below the price of the Aputure LS 600d which is more or less comparable in terms of output. The M600D comes with the reflector, ballast, all cables, and a transport case. The FLS10 Fresnel costs $199 and it can also be preordered.

Do you use Godox lights for your work? How are you satisfied with the build quality and light output? Do you need a strong light such as this M600D for your work? Let us know in the comments section below.