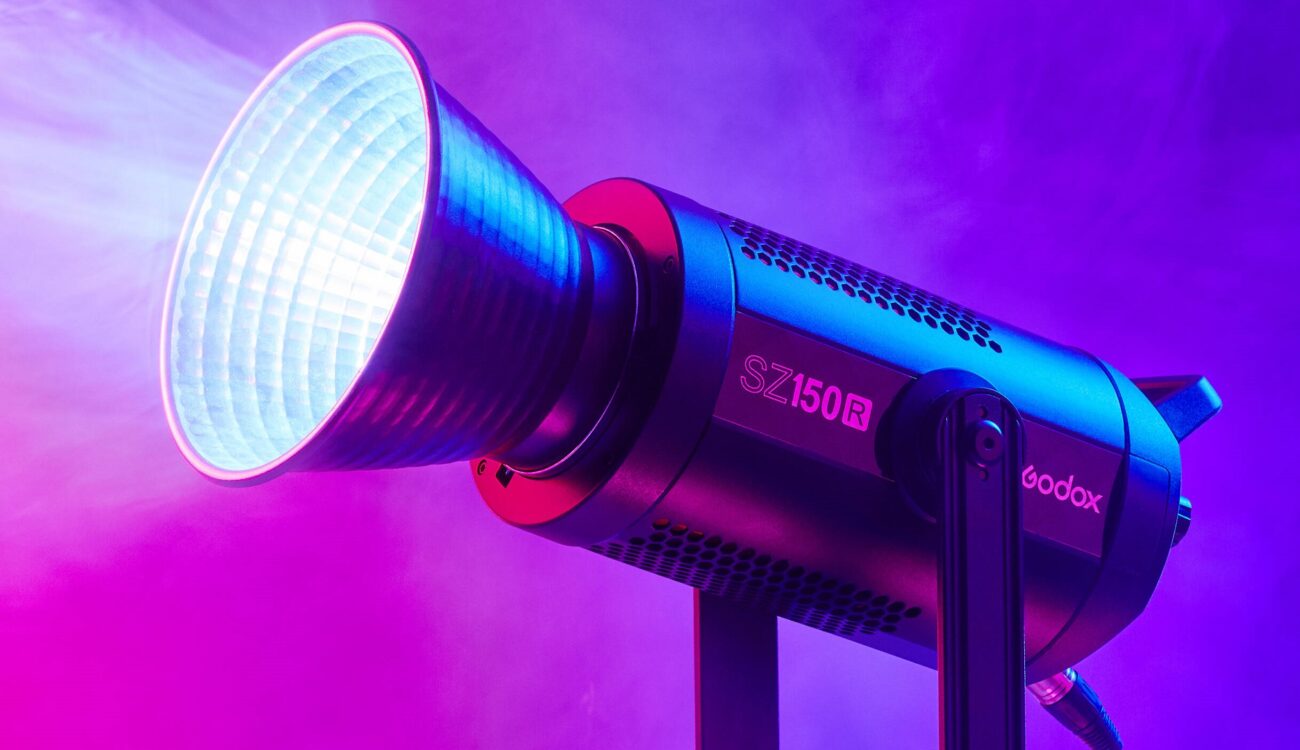 Godox SZ150R is a zoomable COB RGB light with a variable beam spread between 20° and 65°. It offers CCT mode with white color output from 2800K to 6500K with high CRI and TLCI ratings, RGB mode, and built-in effects. It comes with a reflector, AC adapter, and a carrying case for $559.

There have been a number of new COB (chip-on-board) lights announced lately and it seems that these types of fixtures are getting increasingly popular. As an example, Aputure extended its COB fixtures lineup with the affordable Amaran 100D, 100X, 200D, and 200X. You can check our review of the daylight-only versions 100D and 200D here. The Chinese company Godox recently announced its new SZ150R zoomable RGB light, which brings some interesting features. Let’s take a look at it.

The interesting thing about the new Godox SZ150R light is that it has a variable beam spread between 20° and 65° that can be adjusted with a zoom knob on the side. When turning the knob, the COB LED head moves out or in and changes the beam spread. According to Godox, In CCT mode, the light has a variable white color output from 2800K to 6500K with a high CRI of 97 (TLCI 96) rating. The fixture is dimmable from 0 to 100%.

The light also has a silent mode which leaves the fan off at all times. The light will not be able to reach the maximum output in this mode, but the noise level will stay down. The Godox SZ150R offers four ways to operate it:

Tje Godox SZ150R light is now available for purchase. The price has been set to $559. The fixture comes with a standard reflector, a power adapter with cable, and a carrying case. Unfortunately, there is no battery plate included.

What do you think about the Godox SZ150R zoom RGB light? Do you use some lights from Godox? Let us know in the comments section underneath the article.