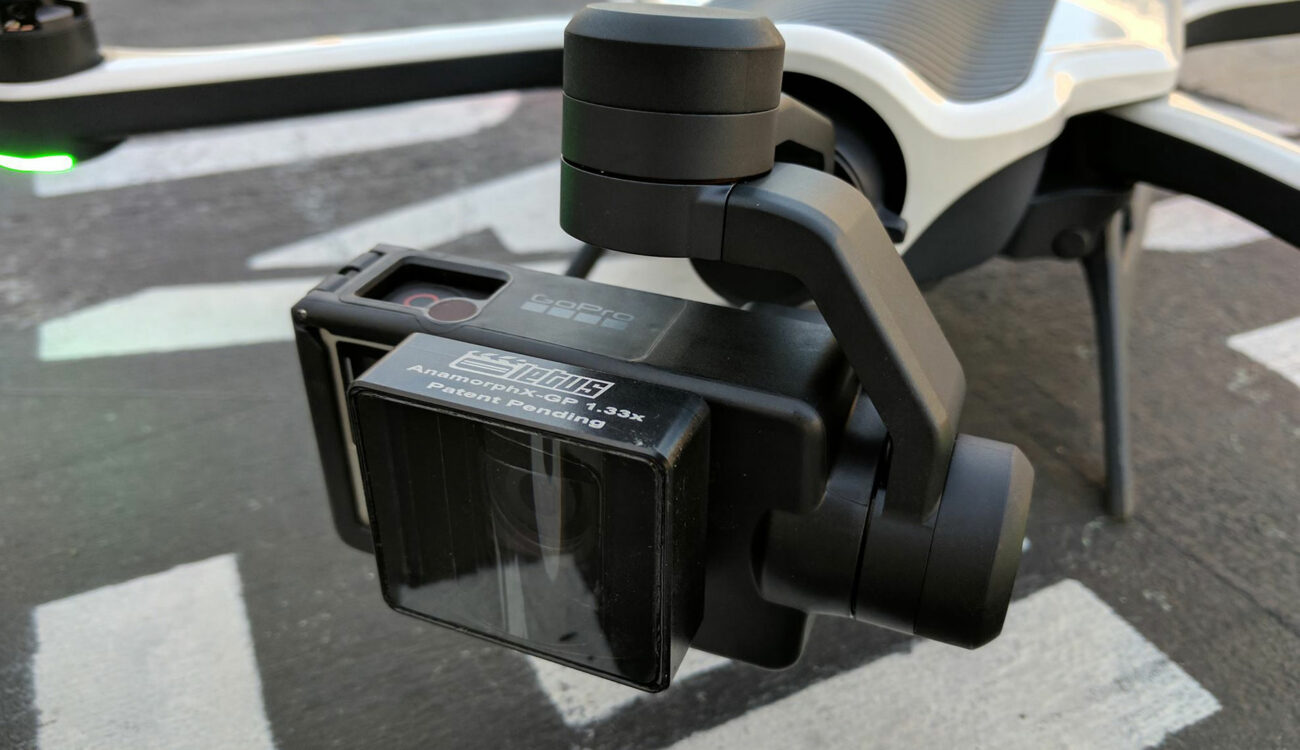 PeauProductions have tested out the GoPro Karma anamorphic capabilities successfully, thanks to the use of the Letus AnamorphX-GP adapter. The result? Low distortion, 2.39:1 aspect ratio aerial footage in 4K.

The use of anamorphic lenses for aerial filming has been limited to high-end productions that have the budget for the lenses, or DSLR lens-type anamorphic adapters like those from SLR Magic. As the lenses and adapters are generally quite large, downscaling them to the size of a GoPro for drone filming hasn’t been seen before. Until now.

Using an adapted GoPro Hero 4 Black with a rectilinear 3.37mm f/2.8 82d HFOV 16MP (No Distortion) lens, PeauPro have been able to attach the Letus AnamorphX-GP 1.33x adapter to the housing mounted onto the GoPro Karma. The resulting footage in the GoPro Karma anamorphic video above is captured in the ‘cinematic’ aspect ratio of 2.39:1 in 4K with low distortion, although PeauPro comments that due to the wide angle 3.37mm lens used there is some stretching towards the edges.

There still isn’t any sample footage of the AnamorphX-GP being used on a standard ‘out of the box’ GoPro on a DJI Phantom drone, but as the lens can be fitted over the lens both with or without the waterproof housing, it could certainly be possible.

The adapter itself converts the native GoPro 16:9 ratio to 2.39:1 without cropping, which can then be de-squeezed in post production using the GoPro Studio software.

However, what about the recent recall of the GoPro Karma Drone after them literally falling out of the air? The drone is now shipping again and heading for the shelves, hopefully with a new lease of life and solidly fixed problems. Could this anamorphic adapter offering a cinematic perspective be a good reason for drone pilots and aerial cinematographers to choose the Karma over the industry leader DJI?

Is the Letus AnamorphX-GP an adapter you would use for your aerial filming? Would you be inclined to use it on the GoPro Karma Drone or wait to see whether it’s possible to mount the adapter on a DJI Phantom with a GoPro camera?