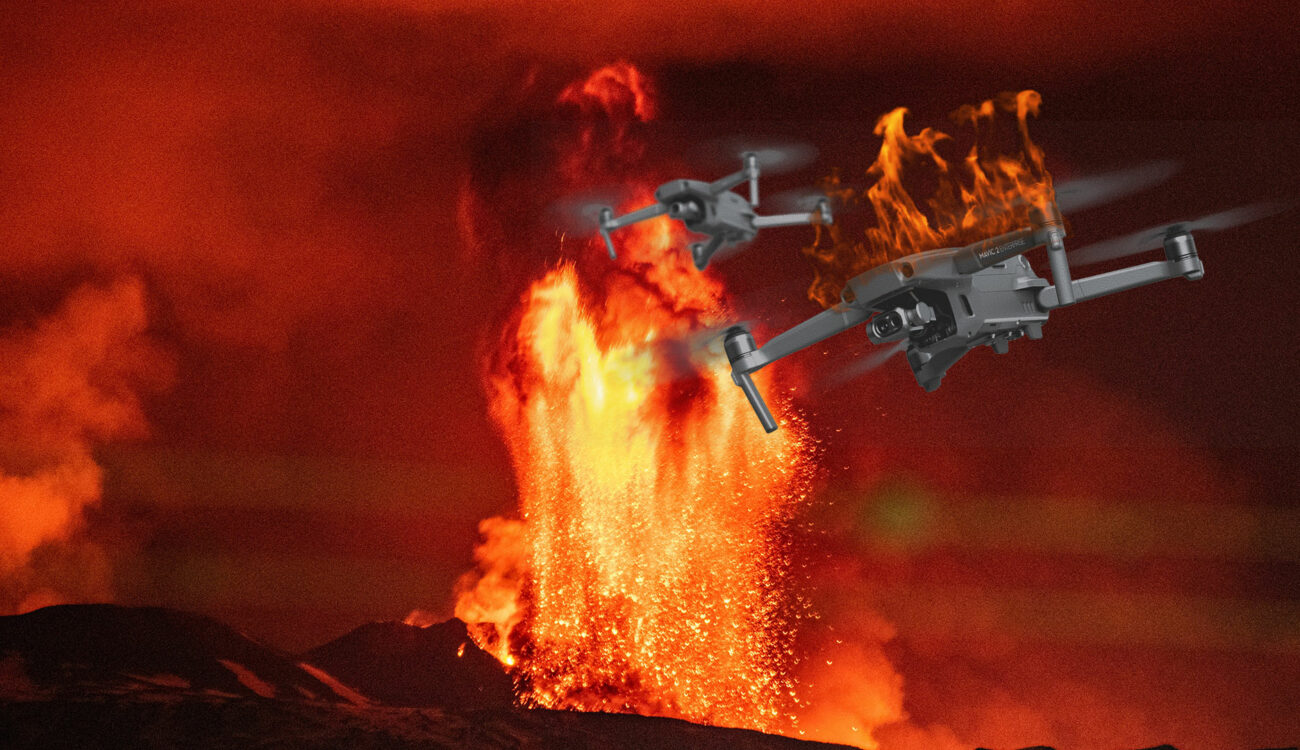 Filmmaking is not only about the latest gear, techniques, tips, and tricks but also about experiences and fun facts. Stefan Forster, a Swiss wildlife photographer, and filmmaker, recently took all his gear to Iceland to shoot a volcano eruption. The footage he brought back from his trip is incredible, but he, unfortunately, learned that flying a drone over a volcano can partially melt it.

At CineD, we often report about news or stories around drone uses, may it be incredible FPV drone shots, new EU drone regulations, or stories about astronomic fees by the FAA. This one is fun, too, because it showed us that sometimes it’s worth sacrificing gear to get the shot (as long as you don’t put anybody’s safety at risk, and we’re very serious about that).

But first, let’s watch this incredible film by filmmaker Stefan Forster that shot a volcano eruption in Iceland.

Shooting a volcano can melt your drone

As you can see in this video, and especially on top-view shots at 1:10 minutes, Stefan Forster pushed his DJI Mavic 2 Pro to its limits! According to our friends at DPReview who first reported about this story, Stefan took three drones to Iceland, along with its traditional photo equipment. But, unfortunately, the drone that captured the top-view shots didn’t entirely go back home intact.

Indeed, as you can see in the image above, the lava that came out at around 700-1200°C generated a lot of heat in the air, and the plastic casing of the DJI Mavic 2 Pro drone partially melted.

According to Stefan Forster, the “flights through the lava spray were pure luck and [while] the drones record footage internally,” he also decided to screen record his smartphone if the drone decided to disappear in the volcano. Fortunately, the DJI Mavic 2 Pro didn’t crash, and Stefan could get all the 4K footage directly from the drone.

Unfortunately, this drone no longer flies properly, and I have great doubts that the DJI Care warranty will apply in this case.

What do you think about this volcano eruption video? What’s the most dangerous situation/subject you ever captured with your drone? Don’t hesitate to share your stories in the comments below!