At this year’s Inter Bee show in Tokyo, our own Johnnie Behiri met with Blackmagic Design in order to discuss their latest updates for both DaVinci Resolve 15.2 and firmware version 6.0 for URSA Mini Pro cameras. 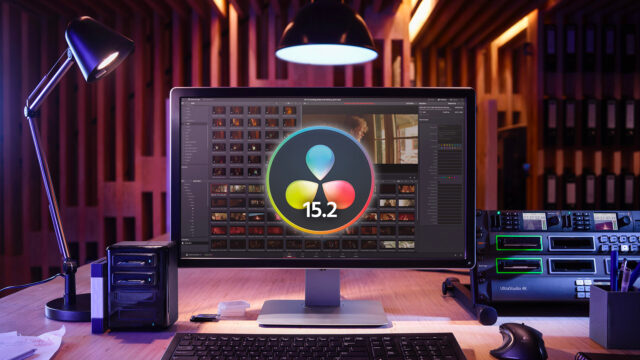 We already reported about the updates to DaVinci Resolve 15.2 and Camera 6.0 in detail here. Here’s a round-up including the interview with Blackmagic Design.

With version 15 of their popular editing/grading/audio mastering/delivery suite Blackmagic Design added a new tab to their one-app-for-all approach: Fusion FX. Now, just a few months later, Resolve 15.2 hits the streets and it comes with a lot of improvements to almost every aspect of this software. One part of Resolve to which special attention has been paid is the Edit tab.

Blackmagic Design really pushes hard in order to get the editing part of their software right. In Resolve 15.2 the editing timeline renders much faster, resulting in a smoother look and feel. Also, a lot of animations within the UI have been improved. As a general improvement the part of DaVinci you are currently working in is being highlighted which makes it easier to keep track of what’s going on.

Speaking of visual feedback: You now can easy track down bits of the timeline which contain duplicate frames (pieces of footage you actually have used before within the same timeline). Furthermore clips in the media pool show a visual indication if (and which parts) are being used in the current timeline.

You now can load a second timeline or compound clip into the source viewer and send clips straight to the active timeline. This should increase the speed of your workflow! Two bins now can be viewed and accessed at the same time as well. 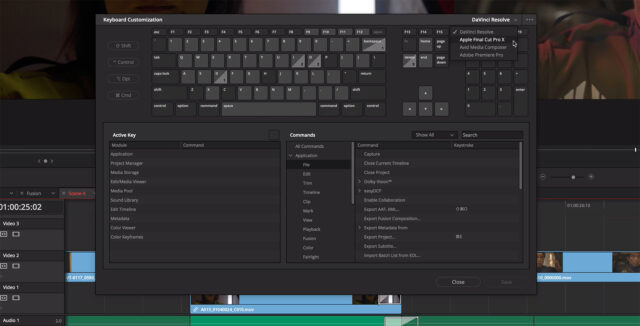 Another nice improvement is the freshly implemented keyboard shortcut manager which is now a visual tool just like in Premiere Pro or Final Cut Pro X. You even can emulate keyboard settings to the aforementioned NLE’s. Furthermore you now can assign items from contextual popup menus to keyboard shortcuts. 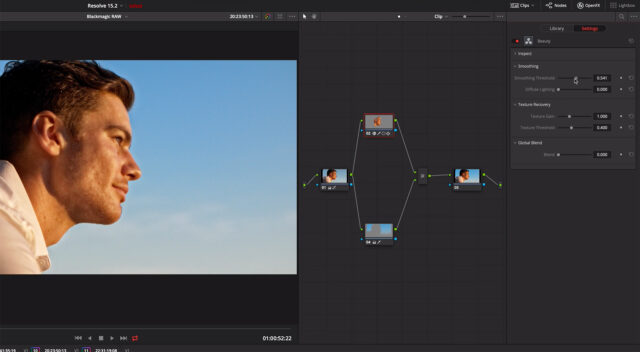 Edits and transitions applied to audio clips on the Edit page now can be further tweaked on the Fairlight tab of Resolve 15.2. Furthermore you now can edit multiple audio clip at the same time. 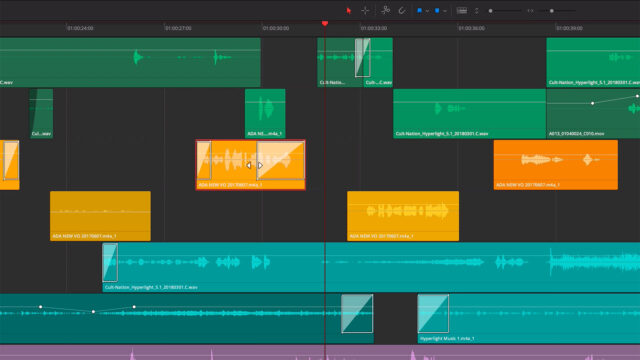 A cool new feature is called Stereo Fixer. It helps you map your audio to the appropriate channels in order to avoid bad audio mixing. Common mappings such as stereo, reverse-stereo, mono and others are built right in.

There are really a whole bunch of new features and a lot has already been covered by Nino in this article. If you want to dive deeper in all the new features make sure to watch the following intro video by Blackmagic:

Although Blackmagic tries hard to convince users to buy the Studio version by limiting certain features such as noise reduction or the new Beauty FX plugin, you must not forget that DaVinci Resolve 15.2 is still free to download. This is actually pretty incredible. You get a full-fledged piece of post-production software which gets frequent updates for no money at all.

If Blackmagic maintain their current development speed, this suite of tools might get pretty dangerous for a lot of other (paid) NLE’s out there pretty soon. While it might not be the first choice for serious editing work right now, let’s wait and see how Resolve 15.2 will impact the market. I’m really curious what future versions of Resolve will bring. How about you?

This new firmware adds two important new features to the URSA Mini Pro camera: Blackmagic RAW and ISO 3200. Read all about this new RAW format in our initial coverage here. The new ISO doubles the current limit of ISO 1600 and should be a useful tool when shooting in difficult lighting conditions.

When does the new Blackmagic RAW codec hit the popular Blackmagic Pocket Cinema Camera 4K (BMPCC4K) you ask? The answer is: It will but it’s not yet certain when. That’s not exactly what we wanted to hear but at least it’s coming! Need a refresher on this new RAW format? Watch Blackmagic Design CEO Grant Petty’s introduction here:

CinemaDNG might be cool but you’ll end up with lots of GB worth of data and it really demands for a mighty powerful computer to cope with it so Blackmagic RAW might be the better choice offering a very good balance between quality and size. Plus it offers a much more modern approach to metadata handling.

Are you digging the all-in-one approach of Resolve? Or do you prefer Adobe’s take of individual software tool working together? What do you think about v6.0 for URSA Mini Pro? Share your thoughts in the comments below!