The Blackmagic RAW codec has just been announced, with immediate public beta update for the URSA Mini Pro 4.6K and Davinci Resolve. The update should soon be available for other Blackmagic cameras, too. 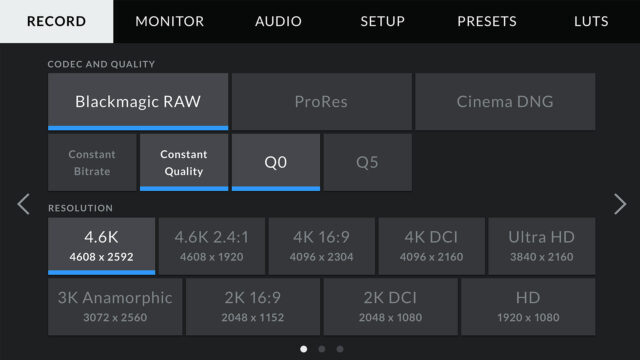 Two types of file compression are available in the camera recording options; Constant Quality or Constant Bitrate. Constant Quality can be achieved with RAW Q0, which encodes at a variable bitrate, ensuring high detail shots are recorded at the highest bitrate. Whereas RAW Q5 uses efficient encoding, which results in a smaller file size. Four levels of compression are available when recording in Constant Bitrate. All compression settings retain the 12-bit colour space.

Unlike the cinemaDNG RAW codec available in Blackmagic Design cameras, Blackmagic RAW captures the footage as one file, rather than a sequence of still images, further adding to the flexibility of handling, data transfer and processing of the files.

The choice of RAW codec compression gives shooters the flexibility to choose whether a production requires image quality over file size – a non-restrictive and flexible approach – especially when production demands change. Blackmagic RAW promises efficient encoding and high performance, even with smaller file sizes. As part of the de-mosaic process takes place in camera, it means that Davinci Resolve uses less processing power to decode the files, and is even faster with GPU and CPU acceleration.

The codec has been developed to understand the camera through sensor metadata, which means that image data and sensor characteristics are recorded into the file. This results in all of the traditional RAW controls over ISO, white balance, contrast, saturation and exposure, as well as camera data and colour science, enabling the editor to get the best out of the footage, even if it is captured in a compressed RAW codec.

Additionally, the adjustment of the RAW settings in the files are carried across from app to app through the Sidecar file, which contains any adjustments to the settings such as exposure, white balance, contrast for example. This ensures that the  settings and images look the same across applications and operating systems, while the RAW file remains unchanged.

The Blackmagic RAW SKD is also freely available for developers that wish to integrate the new RAW codec into software, for example editing platforms. Blackmagic Design is also interested in talking to other camera manufacturers that would like to implement Blackmagic RAW into their cameras. 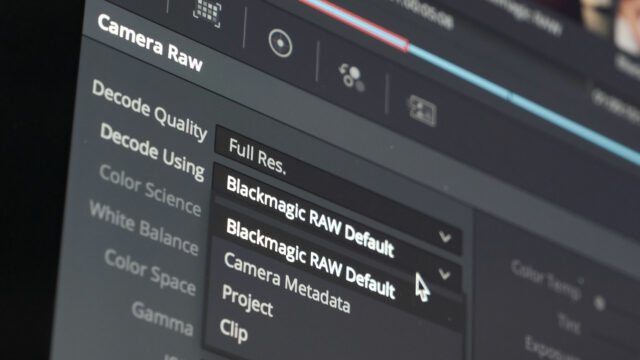 This new advancement in RAW recording for Blackmagic Design cameras really opens up a high-end avenue for anyone using Blackmagic cameras, and those editing or grading using the Davinci Resolve workflow, giving unprecedented control over the image in post production.