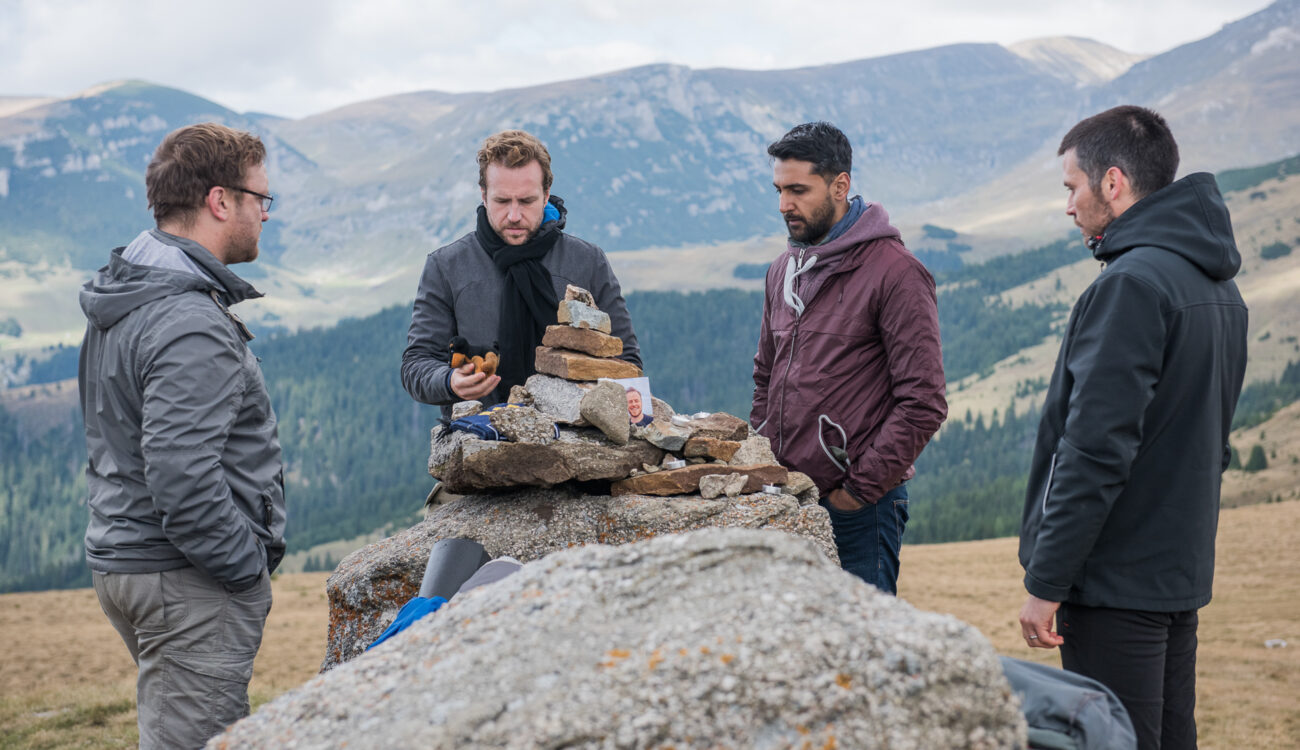 Director of Photography, Andrew Shulkind, helped create a truly mind bending horror film with Netflix’s The Ritual. I’m a few weeks out from watching the movie and the unrelenting pace and creepy imagery has stuck with me to this day. So, I figured I’d ask Andrew how his crew pulled off the complicated and mostly nighttime exterior shoot in the remote mountains and forests of Romania.

Note: This article contains some light spoilers. If you haven’t seen The Ritual yet I highly recommend you give the film a watch first. It’s streaming now on Netflix.

Graham: What initially drew you to the project?

Andrew: To begin, director David Bruckner and I have a really fulfilling collaborative relationships that I really cherish. I would be hard pressed to find a project that he’s passionate about that I wouldn’t be honored to shoot.

From a creative standpoint, I loved the repetitive moments where we revisit Luke’s memory in different environments. Also, I was initially quite excited about working in an environment where I could really play with the nuance of gradations of darkness up near the arctic circle at a time of year where the sun is either very low in the sky or never comes up at all. Besides being a scheduling challenge, that idea just added too much confusion for the audience, so we went with a more natural order of day and night.

Graham: Why did you pick the C300 MK II to shoot The Ritual? Color science? Low-light capabilities?

Andrew: I had used the C300 MK II on a prior movie (The Vault) and had an outstanding experience. The producers were really open to my using any camera, and we had all the options available to us. I’m a real proponent of managed color workflows and wanted to find a way to use ACES to work with as wide a color bucket as possible and Canon works seamlessly with that kind of pipeline. but overall, I knew that I could get a rare sensitivity from the canon that I couldn’t get from Alexa or Red that was going to be really important on this movie. 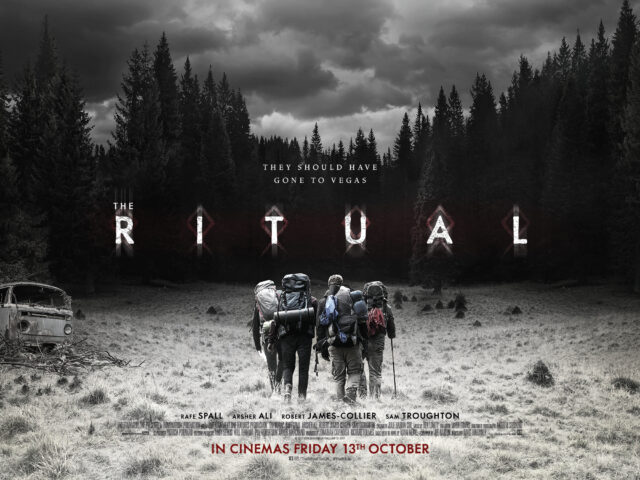 Graham: What optics did you shoot with? Why?

Andrew: I shot with the Vantage T1 primes and Angenieux Optimo zooms. vantage is a lens manufacturer that i’ve done a lot of work with and I think their optics are spot on when you need incredibly fast glass. the T1 lenses allow twice as much light as any other lens on the market, so it was a sensible choice for this movie. also, I had experienced the kind of beautiful softness that you get between T1 and T1.4 on those lenses and wanted to use it to a creative effect. the highlight veiling helped us create a motif to underscore Luke’s anxiety. Zooms these days have come such a long way from the old 10:1s and 12:1s — you can really use them like variable primes and the long Optimo is a real workhorse. 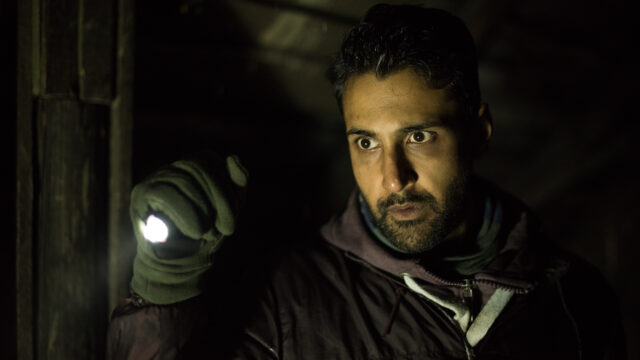 Graham: Did you shoot 4K? Was final delivery also in 4K for Netflix?

Andrew: We shot uncompressed RAW into a codex recorder. We did shoot 4K, but actually finished in 3K because we were so visual effects heavy and the cost savings from finishing in 4K vs 3K was substantial (Netflix hadn’t set their 4K spec yet).

Graham: Did you use any type of filtration? If so, why?

Andrew: No. We really wanted a natural look for the movie to help sell a level of realism. We used plenty of ND and polarizing filters, but no color or diffusion.

Graham: The film feels like it is shot in a remote location. Is that true? Were there any technical limitations for your department given the location? How did you overcome them?

Andrew: Thanks! That’s probably the best compliment that anyone on this production could hope for! It was a constant and deliberate effort to make sure that the challenge and the beauty of these remote and forbidding locations ended up in the movie. We shot the entire film in Romania, and 95% of our schedule was in the carpathian mountains 4 hours north of Bucharest at high elevations. We were rushing to beat the impending winter and we went up against rain, wind, snow and freezing temperatures and surprisingly steep and unsteady terrain. Not to mention the largest brown bear population in Europe. So, there were a lot of health and safety precautions and extra rigging required, including two snipers with us every day. Given the dedication and fortitude of our 100 person crew in the face of those kind of conditions, it would have been a crime for the extremes of that experience not to end up in on screen! 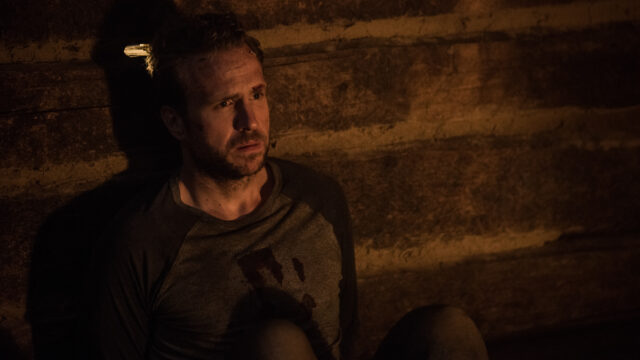 Graham: Nighttime forest exteriors and scenes lit entirely by fire (candle etc.) can be tricky to light. What was your lighting approach throughout The Ritual?

Andrew: Shooting night exteriors was one of the challenges that got me excited about this movie. Between ultrafast lenses, low noise/high sensitivity sensors, and the ability to power strong LEDs from self-contained batteries, we now have the enviable opportunity to light at such low levels that early cinematographers would have killed for! Often manufacturers present that technical advantage as a way to “get you out of a jam” and many filmmakers seize the opportunity to bring a higher end look to a lower budget project, but I wondered what would happen if we leaned into that advantage when we actually have all the tools and use the benefit of low light photography to tell a much more deliberate and nuanced story about light and shadow. Our lighting conversation began with looking at prior representations of exterior forested night in classic and current film and there were hardly any examples that I felt accurately represented the fear, drama, and anxiety that night has brought to humanity for eons. We wanted to shoot that in a very naturalistic way and now we were able to do that.

Graham: I loved the use of overhead general store lighting/art design as a flashback device in the film. Were these moments difficult to achieve given the location?

Andrew: It was fun to recreate this motif in the variety of locations that we shot in. our designer and my gaffer, Adi curulea and Florin Niculae, worked together to source some fluorescent fixtures that we could power and wire in extreme cold and wet conditions, and then we found fluorescents that had a specific green hue (that we isolated to only play in those scenes). Once we had our fixtures, it was just a matter of mounting them in different ways. It was always a bit of trick to rig them from staggered trees in an even way so people wouldn’t be distracted with a lack of evenness and we could force the perspective of the lights continuing endlessly in a fantastical way.

Graham: Other than the camera lens and body, what was one tool/piece of gear that was really pivotal for you on this production?

One of my tricks was to use light ribbon that I flew in from LA and had the electric department staple lengths to yardsticks with a dimmer. We could power these little DIY lightsticks with a lantern battery to put in the deep background to backlight smoke and moisture in the air without having to worry about running long lengths of cable that would have taken hours to set and wrap.

Also, I used the Velvet Light, a beautiful, small and bright LED unit from Spain that has a strong output and we diffused it with all kinds of different spun and diffuse materials.

Graham: Do you have one piece of advice for young DP’s starting out?

Andrew: There has never been a period of time as the one we’re living in, where more opportunity and resources are available almost equally, irrespective of location or background, to tell stories in unique ways to a range of audiences. With the democracy of the internet, filmmakers and storytellers around the world can find their audience more accessibly than every before with a variety of tools. Coupled with the high end innovations that have made it to the prosumer and even consumer market, you can tell a story with an Iphone or a GoPro. so go out and do it! Practice and draw on the legacy of what cinema and advertising have done over the past 100 years and let’s shape where this business is going together. But, pick up the torch and maintain our standard for quality: quality of imaging, quality of narrative, quality of work. If we get to a stage of glut, the viewer’s overall appetite for quality is at risk.

Note: The above interview has been lightly edited for length and clarity.