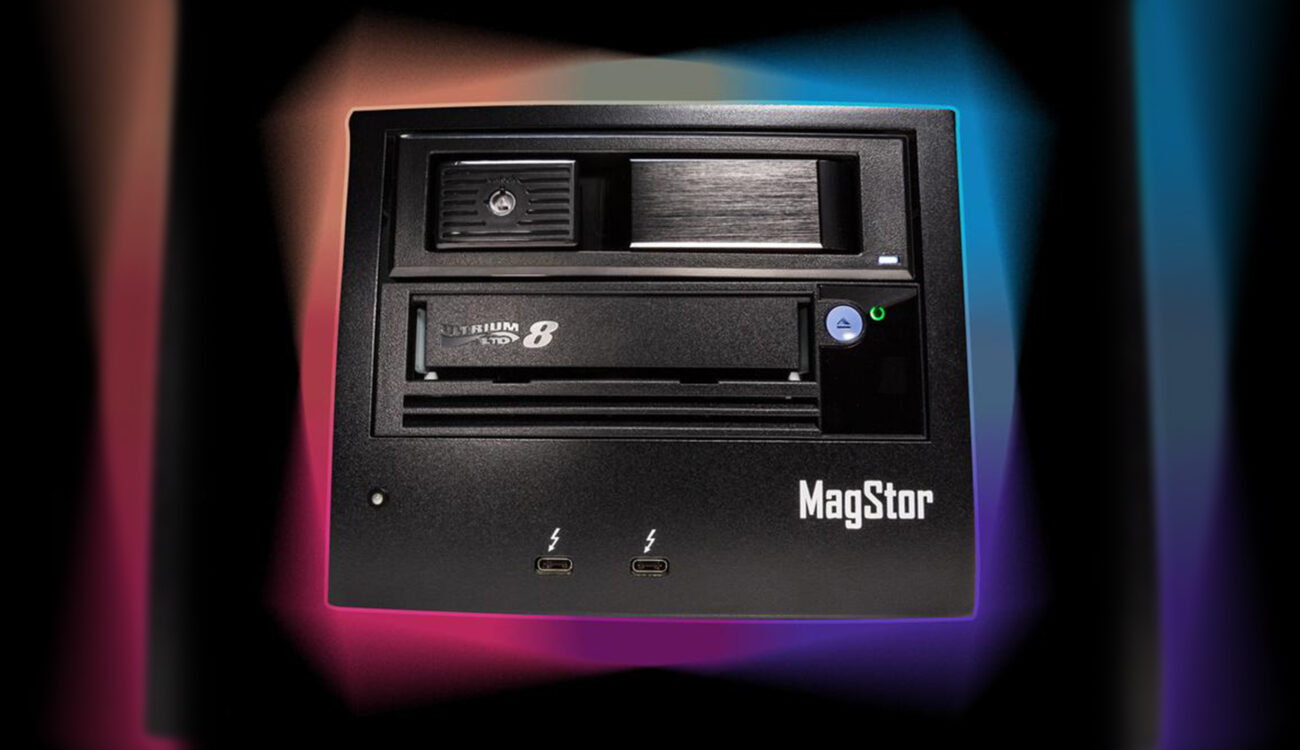 If you’re like me and many other creatives/filmmakers, you probably didn’t make the switch to macOS Big Sur yet. Big Sur is the latest macOS version that was released last month, along with Apple’s latest M1 Macs. One of the major changes in Big Sur is that it doesn’t support 32-bit apps/programs anymore, something the company started talking about back in 2018.

Companies like Adobe are starting to introduce versions for Apple M1 computers, but it’ll take time before every Intel Mac is dished out of the window.

Even if Apple M1 computers’ early benchmarks look promising, I’m still curious to see how they’ll perform next to Intel upcoming Rocket Lake processors. But this is another topic. If you already bought an Apple M1 computer, MagStor LTO backup solution got your back, with full macOS Big Sur/Apple Silicon compatibility.

Recently, MagStor LTO – a company specialized in LTO backup solutions -–announced that all of their Thunderbolt 3 LTO desktop tape drives are compatible with Apple M1 computers. According to the company:

MagStor learned from their SAS-card manufacturers that there had been issues when the Thunderbolt 3 ports were added after they received their initial beta drive. With the knowledge that vital drivers were not functioning with M1 out of the gate, MagStor worked to secure the first device with Apple™ Silicon they could get their hands on.

As a company committed to customer service and support, MagStor has always worked tirelessly to stay aware of the latest developments in the technology world. MagStor was already previously the first LTO tape drive in the world to be Thunderbolt™ 3 certified. After hearing that MAC™ users were no longer able to run 32-bit programs, MagStor knew they needed to be prepared to find solutions to possible changes in software architecture.

Once MagStor had established compatibility between MagStor LTO tape drives and the M1 chip, they connected with a collaborator at YoYotta, a company that produces LTFS software for MagStor LTO tape drives. MagStor helped YoYotta secure their own system with an M1 chip and to assure YoYotta functioned with the M1. As a result, all drives sold by MagStor, including the popular MagStor Thunderbolt™ 3 LTO 8 drive, as well as YoYotta’s software are verified to function smoothly with M1.

LTO backup solutions are pretty expensive, and the company’s most affordable LTO-6 tape drive is already $3,499. So if you invest in such devices and backup strategy solutions, it’s nice to hear that they got your back!

Did you make the switch to Apple M1 computers yet? Do you use LTO tape drives to archive your footage? If no, what is your backup strategy? Don’t hesitate to let us know in the comments below!