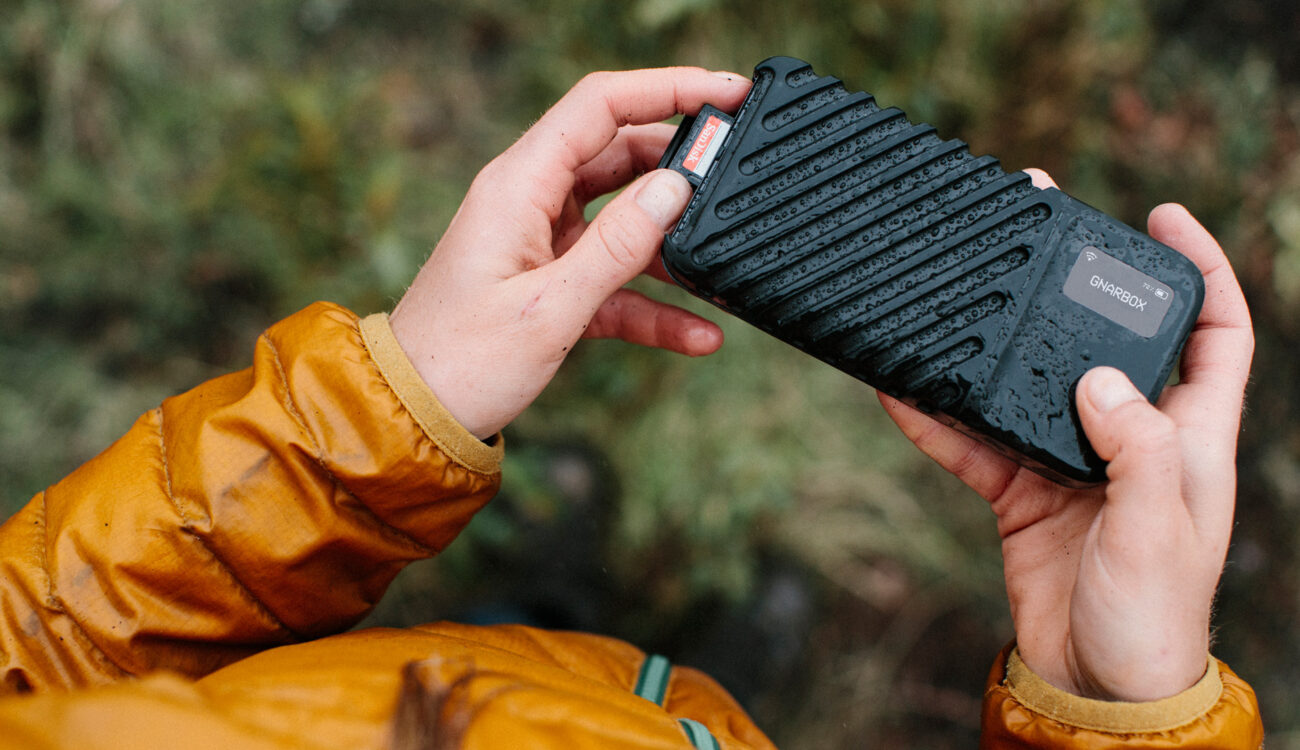 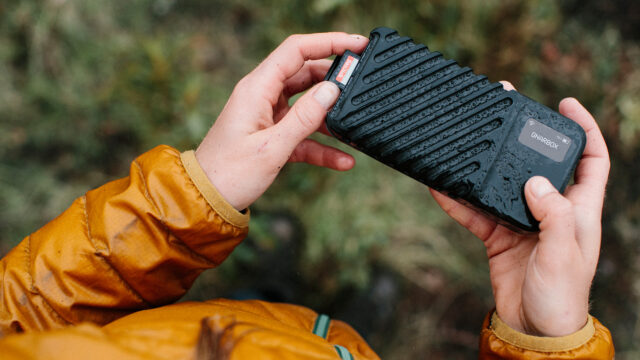 When the first Gnarbox came out it really hit a nerve among both photographers and video shooters, basically anyone who felt the need to either be able to create lots of footage without carrying the bulky laptop – HDD combo around with them, or who needed a fast , easy and small additional backup solution, light enough to be carried on one’s person. So the headlining features of the Gnarbox were a rugged compact build, the necessary built-in battery, easy import from a built-in SD card reader and a smartphone app, that helps you view your footage from the device (please refer to our review for more information). The value proposition of the Gnarbox was so enticing because at the time of its original Kickstarter campaign there were no comparable devices around, really nothing that could offer similar features, especially not at an affordable price point.

Since the original Gnarbox came out however this situation has somewhat changed, there now are numerous competitors with similar feature profiles and at quite affordable prices. So are the new features and improvements of the Gnarbox 2.0 SSD enough to keep it head and shoulders above the competition?

A New and More Modern Gnarbox 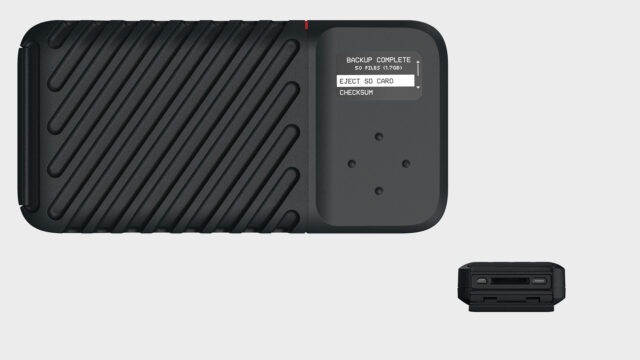 The Gnarbox 2.0 SSD implements quite a few changes. First and foremost, the spinning disk drive has been replaced with an SSD for higher speed and greater durability. In addition to that the battery isn’t built-in anymore, but replaceable and you can purchase additional batteries from Gnarbox – thus extending your off-the-grid-time significantly if need be. The new chassis also features two USB-C ports, a mini-HDMI port, and an SD card reader. You can charge the new Gnarbox 2.0 SSD via one of the USB-C ports, or you can purchase a dual battery charger, as well as a host of USB-C adapters, dongles, and card readers, allowing you to ingest from SD UHS-II cards, XQD-cards , CFast 2.0 and CF cards. The device is dust-resistant and shockproof up to 1m as well as IP67 rated for water resistance (meaning you can submerge the device for up to 30 min in depths of between 1 ft. to 3 ft. / 0.3m – 1m). To achieve this the Gnarbox 2.0 SSD’s chassis is made from aluminum and coated with rubber, with a sealed flap hiding the ports. The Gnarbox 2.0 SSD also sports a small display and four buttons to navigate its functions and trigger backups. 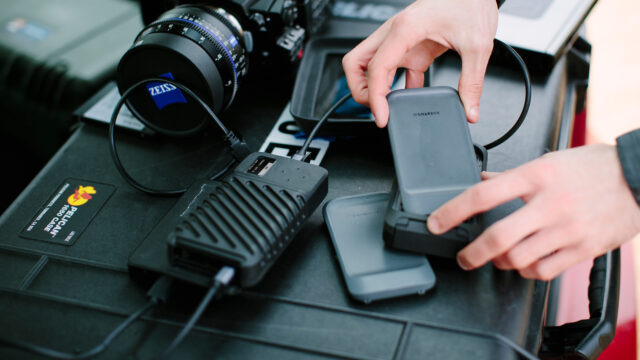 The Gnarbox 2.0 SSD’s most interesting updates, however, are found on the inside. The device is powered by a powerful Intel Quad-core 2.4 GHz CPU, with an onboard Intel HD Graphics chipset and 4GB RAM. The connection to your smartphone or tablet will be supported by 802.11 ac WiFi with up to 867mbps and you can choose among fast NVMe SSDs with up to 1TB. Even more importantly there now isn’t just one app to support the Gnarbox 2.0 SSD’s more advanced functions any more, but Gnarbox has taken the ambitious route of partnering with other app developers in creating a whole ecosystem around the device, with each application doing what it does best and extending the Gnarbox 2.0 SSD’s feature set tremendously. 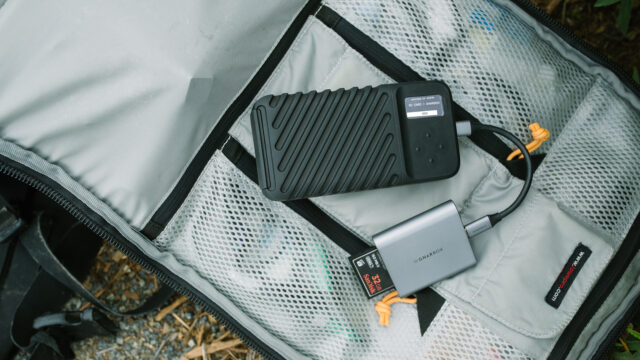 First of all, there are the integrations into already existing and hugely popular ecosystems: Gnarbox 2.0 SSD now supports integration with iOS Files, Lightroom CC, Affinity Photo and LumaFusion, thus allowing you to either directly edit videos from the device, or to transfer them to your iOS device and subject them to your own multi-step workflows from there.

Even more interestingly there is now a suite of four applications allowing for more specialized, lets call them preparatory workflows around your footage: Selects, powered by Photo Mechanic’s blazingly fast RAW engine will allow photographers to cull, rate and IPTC-tag their images almost as fast and easy as the Desktop version, while Sequences will allow video editors to set in and out points and create bins for their footage, which can then be exported to Final Cut or Premiere Pro XMLs in a fashion similar to what applications like Kyno do. Safekeep, on the other hand, is Gnarbox 2.0 SSD’s file management application, which will allow you to copy, move and organise files to network or physically attached storage, Dropbox or the device itself. Showcase will take advantage of the Gnarbox 2.0 SSD’s built-in micro HDMI port, allowing you to easily attach the device to a TV or projector via HDMI showing off footage to a team in a meeting situation or something similar. 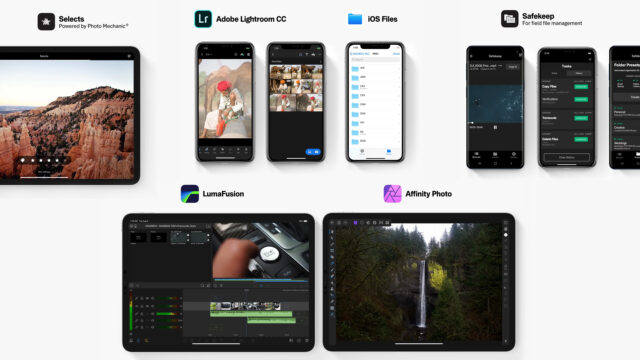 Here’s an overview of the Gnarbox 2.0 SSD’s most important features:

Just before its global release, the Gnarbox is also getting another bump in functionality with a firmware update that adds the following functionality:

Pricing, Availability and the Competition 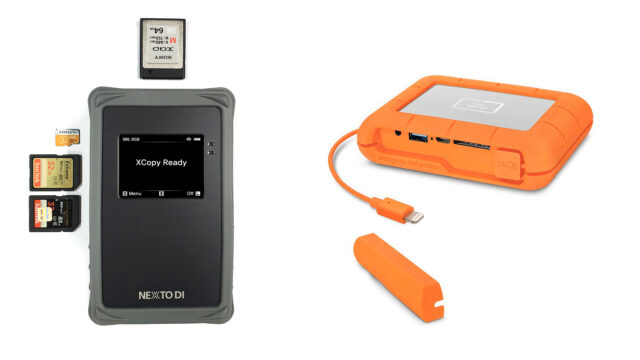 Frankly, at its price, the Gnarbox 2.0 SSD doesn’t seem to currently have competition that is able to match the feature set this device sports. This isn’t a review, so let’s try and remember that a compelling feature set can quickly fall down and become a lot less compelling with small hiccups, especially on this kind of device. I found this out the hard way, trying to use a WD MyPassport Wireless, a device not dissimilar to the original Gnarbox for backup during a photography trip. To make a long story short: after finding out the spinning disk drive in that device in combination with the slow SD card reader built into it took up to 1,5 hours to back up a single SD card full of photos, I resorted to buying additional cards and cursing the device under my breath.

Similar criticisms have been uttered against the first Gnarbox, and even the new Gnarbox 2.0 SSD has a rather slow 75MB/s SD card reader built-in, at a time where most modern cameras support UHS II cards capable of far greater speeds. To achieve those speeds on the Gnarbox 2.0 SSD you have the option of buying the UHS-II reader separately, however, why this wasn’t handled internally is beyond me as UHS-II readers are fully backward compatible.

Western Digital MyPassport series, even with its new version that has an SSD drive built-in, suffers from the same flaw. One device that was a joy to use for me personally was the Nexto-DI NPS10, which we used for additional backup while shooting our IBC 2019 coverage. That device features a build that is comparably rugged and allows you to choose your own SSD to build in, as well as already having a UHS-II SD card reader built-in. It comes in different versions with different reader options, and just like the Gnarbox 2.0 SSD features a few intelligent features, like incremental imports – it will not import the same footage twice, but just update newly added clips/photos. However what the NPS10 cannot match is the Gnarbox 2.0 SSD’s ecosystem with replaceable batteries, additional readers and above all: app ecosystem and deep integration into the best currently available software for mobile editing of images and video. At IBC 2019 LaCie, long-time maker of rugged hard drives, have also introduced their own BOSS series. While these seem to do a rather good job, they also cannot match the Gnarbox’s feature set, ecosystem or level of integration.

Are you excited about the new Gnarbox 2.0 SSD? Is this an option for your workflow and are you interested in using the new apps and integrations? Let us know in the comments!