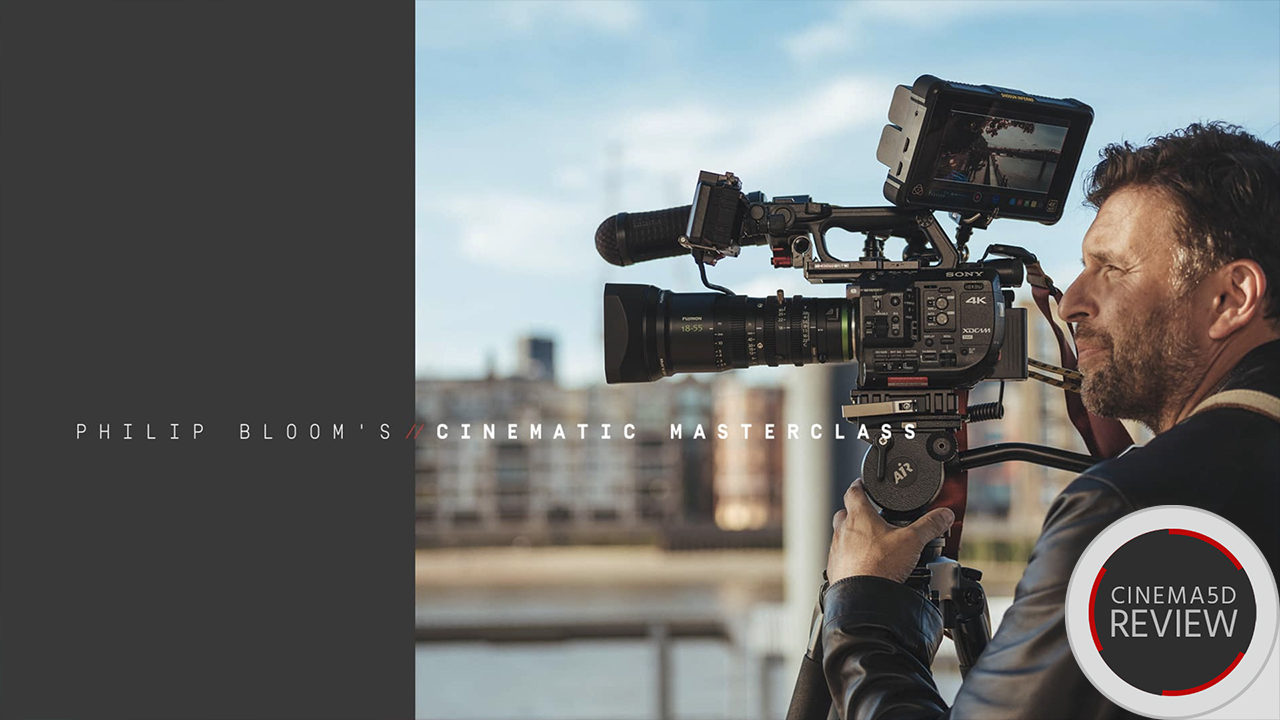 With the myriad of training resources available on the internet these days, where should new filmmakers start? How can you be sure you can trust the knowledge and expertise of the person who’s made the resources you’re using? With that in mind, I took a look at The Philip Bloom MZed Masterclass to see if this series lives up to it’s promise; to educate, entertain and inspire.

To kick things off, take a look at the free introductory chapter, which also includes a tutorial on the lens whacking technique.

It is somewhat of a platitude, but we are living in the golden age of education. When I started learning photography at college in the 90’s, you only knew what the teacher told you in class, or what you gleamed from a dusty old book in the college library – the kind of stuff often written in the 70’s by a guy wearing a beige jacket with brown leather elbow pads.

These days, students (and I do not use that word to exclusively mean people under the age of 21) have a staggering amount of premium, current, highly-polished and engaging resources at their fingertips. If you want to learn how to make films, or pretty much any other skill you care to think of, there is literally no better time to get started. The first thing that struck me about the Philip Bloom MZed Masterclass, was just how broad and diverse the topics that it covered were. There really is something for everyone in there.

Introduction and Lens Whacking – a free demo chapter that you can view at the top of this page.

I spoke to Philip about how the series came about, and he had this to say:

“Late last year MZed asked me if I wanted to make a training series about a specific filmmaking discipline, I said sure but why not make it broader and cover pretty much all the techniques that I use in my work. So what was originally a pretty simple idea became a massive project that took about about 4 weeks to plan, 6 weeks to shoot and about 3 months to edit.”

I run a film academy and am no stranger to creating educational content myself (check out one of my editing tutorials for cinema5D here). I know all too well just how much time and effort it takes to put even small tutorials together. When I watched the Philip Bloom MZed masterclass, I could see every second of that nearly six months of effort right there, on my screen. This was a labour of love, there can be no doubt. The effort Philip has put into the series far exceeds the typical online tutorial, where the presenter is sat at their desk, or in a chair, in a stylised location. No, in this series we see Philip out there, criss-crossing the UK with his friends/crew, showing us exactly what it means to be a busy, practising, multidisciplinary filmmaker.

“Apart from the first and last episodes, all are filmed on location to get away from the traditional training video. I also tried to make each one have a narrative too, this is especially the case with the time-lapse and story episodes.”

Clearly this series was a massive undertaking and I couldn’t help but wonder why Philip even wanted to take on an enormous project like this, considering he already has one of the most popular online filmmaking blogs in the world. In his own words,

“I have learnt a lot in my 28 years of professional filming and, since going freelance 11 years ago, I have been sharing my knowledge via my blog and social networks. This series felt like the perfect extension to that.”

I think Philip’s last sentence there is particularly important. This really is a seamless extension of his social media pages, with many familiar faces (both human and feline) with him throughout the series. It adds a comfortability and authenticity to the series that I don’t think I’ve ever seen before. Even if you don’t already follow Philip’s blog or social media posts, you would quickly feel right at home in his virtual company.

So who is this series aimed at?

“Whilst it is primarily aimed at newer filmmakers, more experienced people can get a lot out of it too, as I go in depth with each topic. What was originally going to be 6 hours of training across 8 episodes has now become closer to 10 hours, simply because there is so much to explain in each episode.”

Overall, I think there is an awful lot of meat in this series, without ever disappearing up it’s own backside. Will the Philip Bloom MZed masterclass series, and others like them, kill off traditional classroom training? No, there is always going to be room for asking questions, in-depth face to face discussion, team-working and peer review. But it is resources like this that allow students to make up ground fast, or round out self-taught skills in preparation for specialising in a certain discipline. I have taught in universities, colleges and commercial training centres for over ten years and wouldn’t hesitate to recommend this series to anyone, but particularly to new filmmakers just starting out on their journey to becoming a professional practitioner.

Did you use online-learning and video tutorials to get started in the industry? Let us know your experiences in the comments section below!