Vision mixers and the world of streaming can be complicated to enter and understand. Blackmagic has simplified this operation by introducing the ATEM Mini, a small HD switcher, capable of keying, effects and streaming via a webcam or to YouTube. 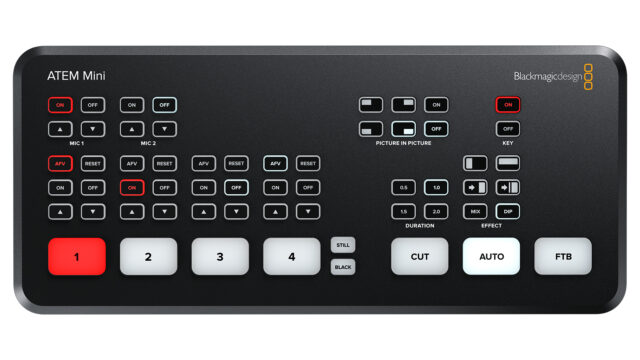 Targeted at HD video streaming, AV production and webcasting, the ATEM Mini features 4 x HDMI inputs for mixed format sources up to 1080/60p. These can be from cameras, games consoles and computer devices, and the device can cross convert or upscale these.

The device itself has all of the essential controls built into it including audio controls; audio on/off and audio follows video. Two stereo mini jack audio inputs are built into the device too, for additional audio channels from desktop microphones or additional inputs. 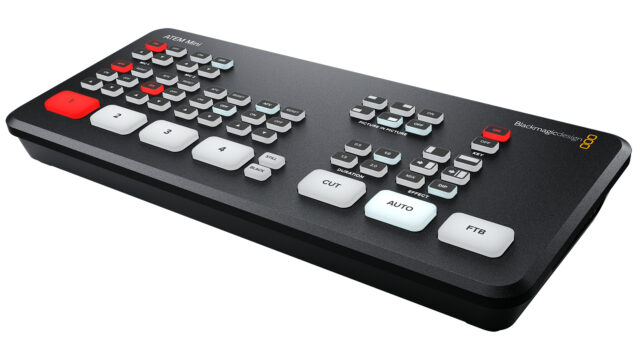 Cuts, transitions and picture in picture effects are all included into the device interface, a more advanced upstream keyer available via the ATEM Studio Controller software. This now connects via USB rather that Ethernet, which removes a somewhat complicated IP configuration setup.

The ATEM Mini webcam output is via USB-C, this can be connected to a laptop or computer running an app like OBS of X-Split.  This is in 1080 HD format. 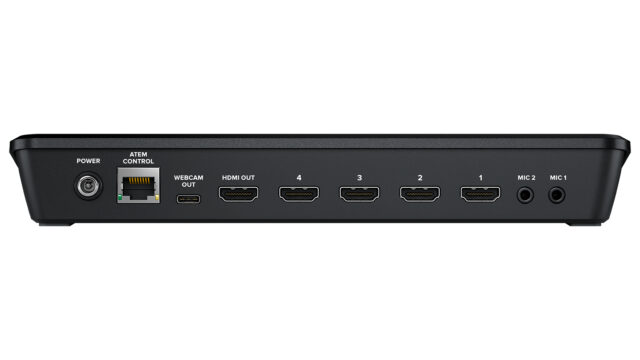 A HDMI aux output is also available, which can be used for recording into a Video Assist, an external display or incorporated into a larger setup.

At under $300, this must be the cheapest vision switcher available. The stripped down user interface and connectivity to the ATEM software would be ideal for those learning about live mixing or for small scale HD productions.

Will the Blackmagic ATEM Mini help you get into the vision mixing world? Can you see some HD mixing and streaming applications that would benefit from using the ATEM Mini? Let us know in the comments.