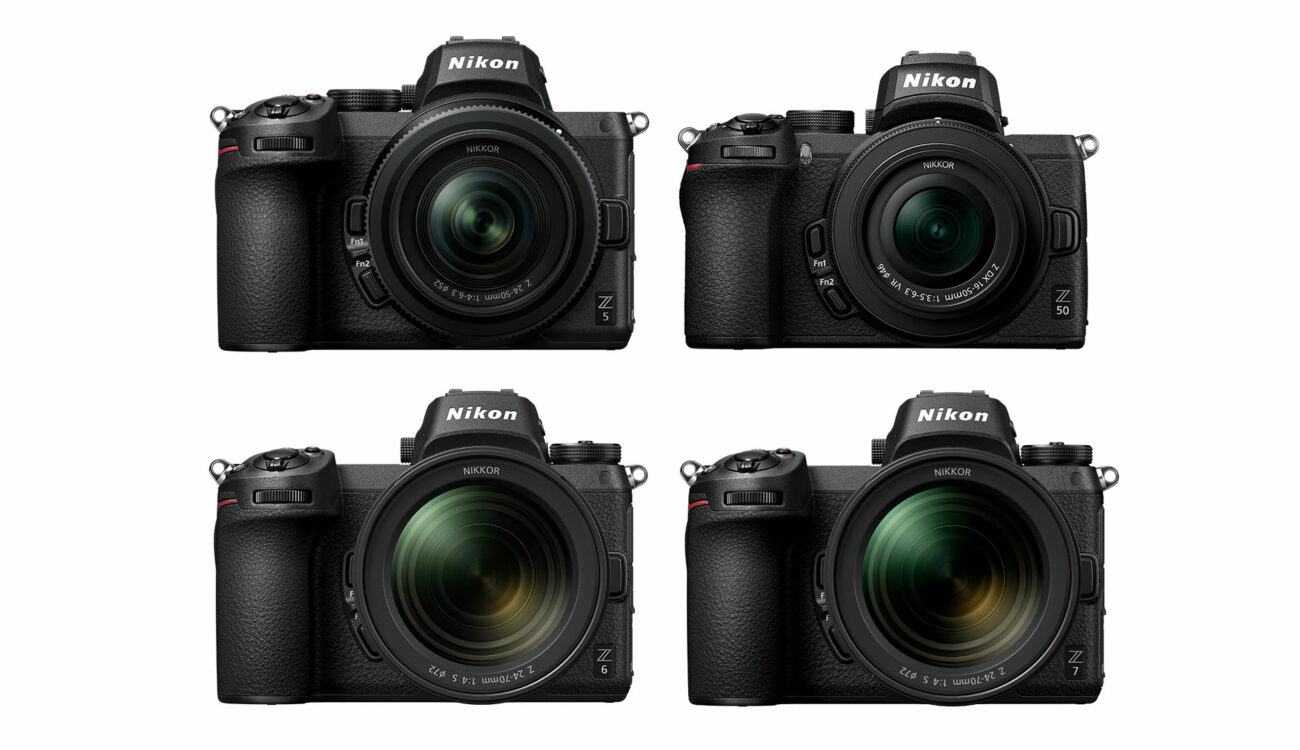 Following the recent announcement of the Nikon Z 9 with incredible video recording capabilities, it looks like Nikon took a bit of its flagship mirrorless camera technology and decided to implement it on “older” cameras.

The company recently released a couple of firmware updates for the Nikon Z 50, Z 5, Z 6, and Z 7.

Let’s start with the firmware updates for the Nikon Z 50 (Firmware 2.20) and Nikon Z 5 (Firmware 1.20), which are very similar. Indeed, both firmware updates add support for the FTZ II mount adapters and NIKKOR Z 24-120mm f/4 S lenses that were released last month.

In terms of autofocus performance improvement, Nikon claims that “face/eye detection performance and the visibility of subjects in pictures taken using an optional flash unit” have improved.

The firmware updates for the Nikon Z 6 and Z 7 (Firmware 3.40) includes all the improvements listed above but add a couple of other benefits. Here is the complete list of changes and modifications:

As you can tell, these improvements and fixes are primarily targeted at filmmakers.

All these firmware are available now for free:

What do you think about these updates? Do you use a Nikon mirrorless camera as your A cam? Don’t hesitate to let us know in the comments below!