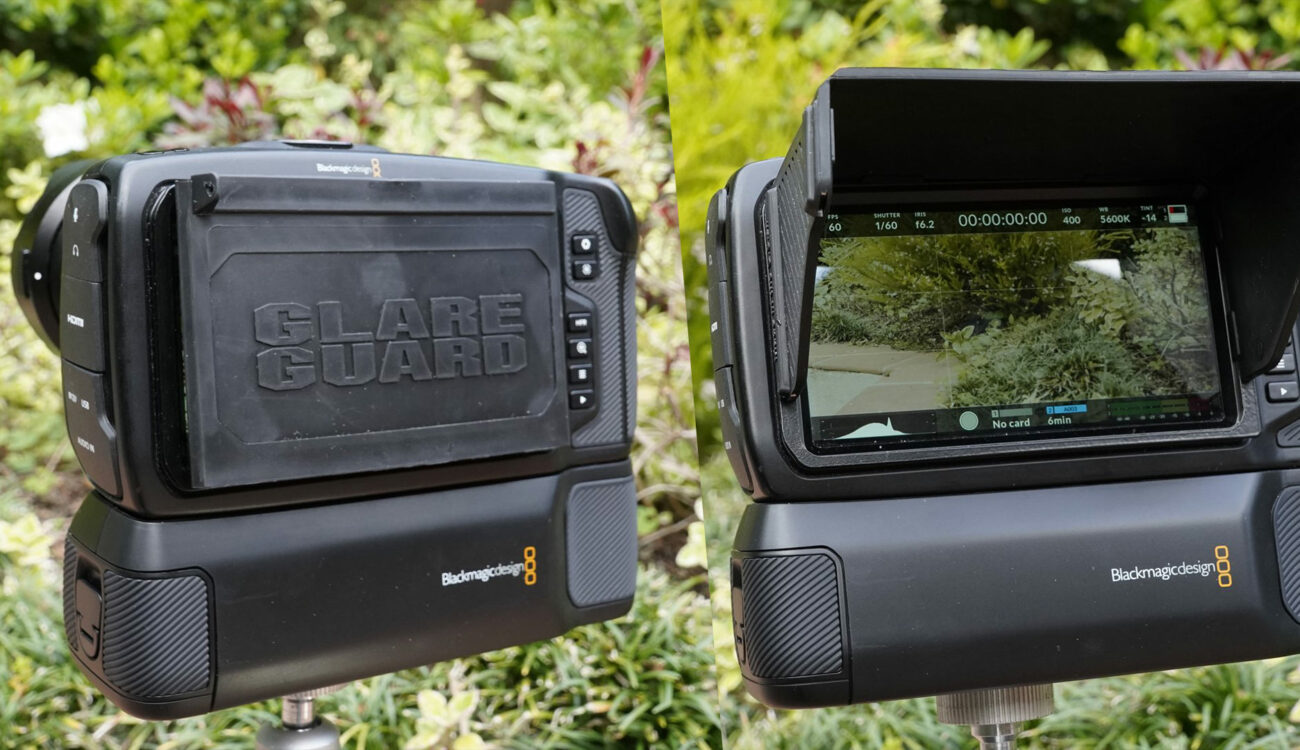 GlareGuard 5.0 is a foldable plastic sunshade for Blackmagic Pocket Cinema Camera 4K and 6K from Ocean Video. It attaches to the camera via magnets and a metal frame (the same one used for Kinotehnik LCDVF BM5).

The 5″ screen of Blackmagic Design’s Pocket 4K and Pocket 6K cameras is fairly large, but not quite bright enough to be usable in sunny environments. On a side note, a brighter screen would drain the battery quicker and shorten the already very short battery life of the camera, so maybe this is a good compromise.

There are, however, some third-party solutions to improve the screen’s usability in harsh light. Some companies, like Tilta and Smallrig, are making a sun hood that can be screwed on the camera’s cage. Others, like for example Kinotehnik (watch our video interview here), make magnetic viewfinder loupe to attach to the screen and help with precise manual focusing and usability in bright conditions. Ocean Video recently presented another solution called GlareGuard 5.0.

Ocean Video was founded in 1994 by Richard Goodman and Jeb Johenning. The company specialized in an on-set all digital video record-playback systems (video assist solutions). More recently, Ocean Video created a custom sunshade for RED camera monitors (both 4.7″ and 7″ versions) called the GlareGuard. Now, the GlareGuard sunshade got adapted for the BMPCC 4K and 6K cameras. 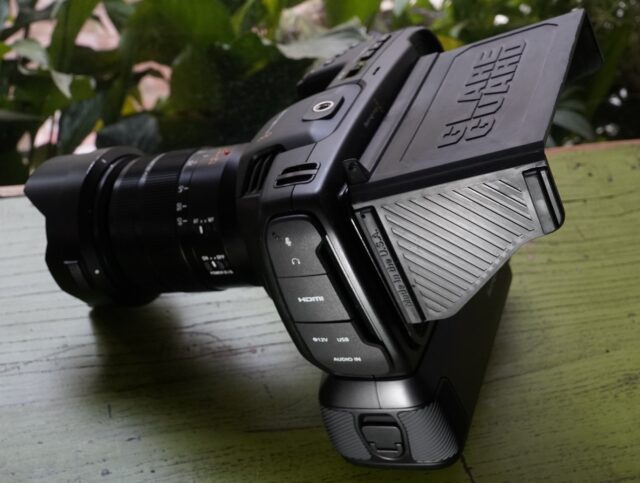 The GlareGuard 5.0 is a custom sunshade that can fold flat when not in use. That means users can keep it on the camera all the time if they desire. It can also act as a protection for the screen when not in use. The other sunshade solutions I am aware of (Tilta, Smallrig) are not foldable.

GlareGuard sunshade has small magnets built-in and it attaches to the camera via a metal frame that needs to be stuck to the back of the camera. That is the same system as Kinotehnik uses for its LCDVF BM5 Viewfinder for BMPCC. GlareGuard uses the exact same frame.

Ocean Video claims the GlareGuard 5.0 can be used on other 5″ screens as well. Namely the Atomos Ninja V or Shinobi, Blackmagic VideoAssist 5″, or other 5″ monitors. It is designed and manufactured in California, USA. 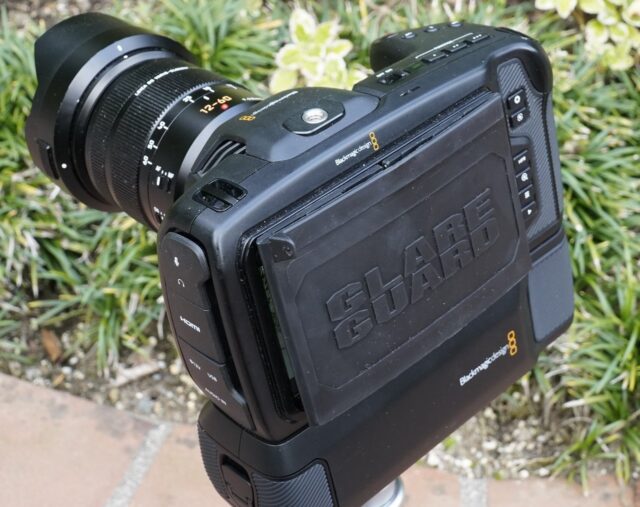 What do you think about GlareGuard 5.0? Do you use some kind of sunshade when working with the Pocket 4K or 6K cameras? Let us know in the comments underneath the article.