Here’s episode 11 of ON THE COUCH, and it’s one of my all-time favorite episodes, in which I was happy to talk to Lan and Vu Bui, the “cinematography brothers” who recently finished shooting a feature film called “20 Feet Below – The Darkness Descending”, as well as director Jan Woletz and producer / VFX man Christof Dertschei, the people behind the upcoming web series “Wienerland”, which we already reported about in detail in this recent post.

That’s one lively 50 minute discussion and it shouldn’t be missed by any of our viewers. 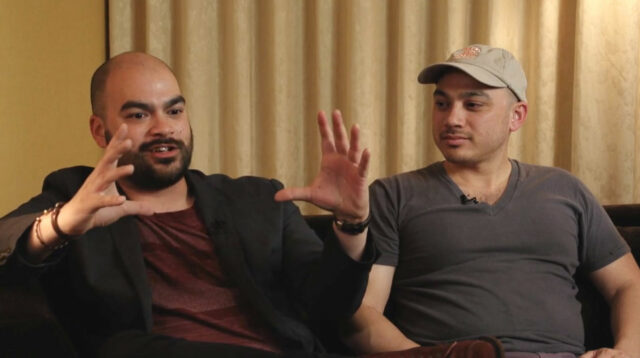 Some very diverging opinions and experiences about shooting on 4K are discussed – Jan and Christof highlight how shooting in 4K on the 1DC with director of photography (and cinema5D partner) Johnnie Behiri saved their butts because they ran out of time but were able to crop into the wide shots to still get those “close ups” that were needed. Lan and Vu argue how much effort needs to be added to post production when dealing with 4K, despite the fact that virtually no clients demands 4K finishing in this day and age.

The greatest part of the discussion is about how to fund films via crowd funding. Vu and Lan Bui have a lot of experience with crowd funding because of the feature film “20 Feet Below” and other projects, while Jan Woletz and Christof Dertschei are on the brink of starting their Kickstarter campaign for Wienerland. They talk about how important it is to build an audience before you actually start the campaign, about budgeting for production as well as the perks that are given out – which eat up a big part of the crowd funding revenue if done right. Also, we talked about how important it is to be fair to your audience and team members when asking the public for money, because very often filmmakers only think about the cost of the gear that needs to be used, while they “forget” to actually pay their cast & crew. Lan and Vu talk about the importance of having a “bigger name” no their cast list – like in their case Danny Trejo. Jan Woletz said to that casting choice, “Danny Trejo’s face is the best reason to shoot in 4K,” and I have to say he might be right :)

This is an incredibly engaging discussion and I recommend it to anyone who is interesting in finance any kinds of projects via crowd funding, there is so much to learn from all these guys! 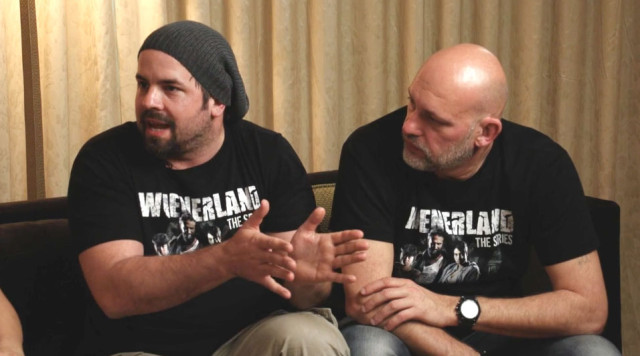 Huge thanks especially to Katharina Dietl for her work on that show, we had serious audio problems and she worked tirelessly on fixing these to get this show finally out (and she also did the live edit and camera, assisted by Chloe Mae).

For all ON THE COUCH episodes so far, click here: