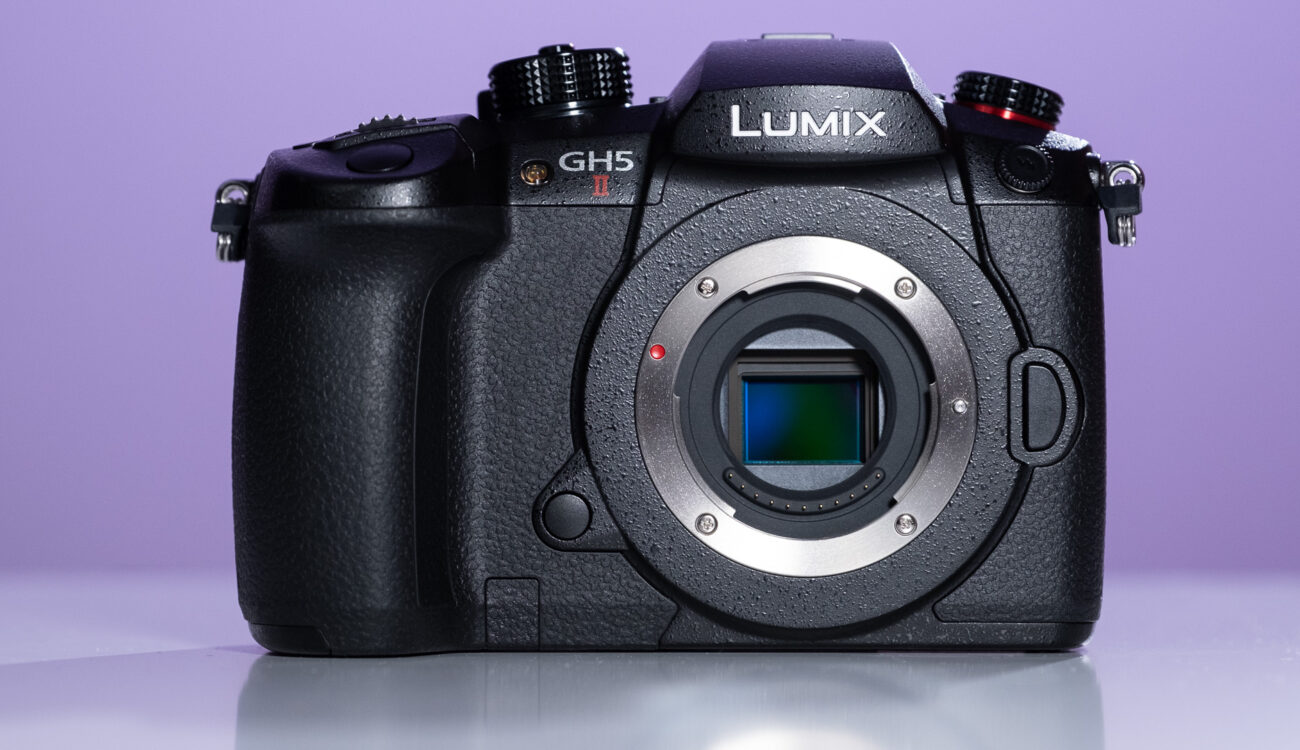 During today’s online event, Panasonic announced a handful of new stuff. We prepared three separate posts about all the news – click here to read all about the LUMIX GH6 Development announcement or here to read about the new Firmware Updates for the LUMIX G series cameras – GH5S, G9, and G100. This article focuses on the newly announced LUMIX GH5M2 camera, so let’s take a look at its features and specs.

The LUMIX GH5 announcement happened in September 2016 during the Photokina trade show. That was five years ago. If I am not mistaken, that is the longest we ever had to wait for a new generation of LUMIX GH cameras. Sure, we got the GH5S in January 2018, then the BGH1 last year, and while the GH6 won’t arrive for another few months, Panasonic treated us with an improved GH5 – welcome the LUMIX GH5M2.

The image sensor has the same resolution of 20.3MP, but it now has AR (Anti-Reflective) Coating that further suppresses flares and ghosting and should therefore produce cleaner details. The image processor has been updated to the latest Venus Engine. The already-good 5-axis IBIS (in-body image stabilizer) system got improved further. It now offers a 6.5-stop compensation (compared to 5.0-stop with the GH5).

Just like the GH5S, the GH5M2 also features a pre-installed V-Log L picture profile. It is not necessary to purchase the license separately. The camera also provides two types of Cinelike Gamma Presets in the Photo Style menu – the Cinelike D2 (priority to Dynamic Range) and Cinelike V2 (priority to contrast). Furthermore, L.Monochrome S and L.Classic Neo profiles have been added. All these presets are also available in Anamorphic mode.

According to Panasonic, The AF system of the GH5M2 got updated with deep learning technology, that detects specific subjects, both human and animal and it recognizes the head separately for more precise focusing. The AF should detect the eyes 2x faster and with 50% size in the frame when compared with the GH5. The tracking in AFC mode has been improved as well.

In addition to wired live streaming, the LUMIX GH5M2 is capable of wireless live streaming via the LUMIX Sync Smartphone App. With a future firmware update to add RTP/RTSP wired IP streaming, it will also be possible to stream a stable image with sound in H.264 codec up to Full HD 60p at 16Mbps (16Mbps cannot be selected when the RTMPS URL is set). The camera includes Bluetooth 4.2 and both 5GHz (IEEE802.11ac) and 2.4GHz (IEEE802.11b/g/n) Wi-Fi. The 5GHz Wi-Fi will, however, not be available in some countries. For wired live streaming, the dedicated LUMIX Webcam Software is available for free download.

The 3” flippy LCD touchscreen with a 3:2 aspect ratio and resolution of 1840K now features higher luminosity and better color reproduction for good visibility outdoors. (GH5 and GH5S have 1620K dots). Panasonic also added the Frame Marker function to check the composition during recording in various common aspect ratios such as 16:9, 4:3, 1:1, 4:5, 5:4 and 9:16. The red Recording Frame Indicator on the screen and in the EVF provides better signal when the camera is recording.

The magnesium alloy die-cast body of the GH5M2 is splash, dust, and freeze-resistant down to -10°C/ 14°F. The good thing is, that most of the accessories for the GH5, such as the XLR Microphone Adapter, the Shutter Remote Control, and the Battery Grip, can also be used with the GH5M2. As the body remains the same, you should also be able to use any camera cage that was designed for the GH5.

The GH5M2 does not use the same batteries as the GH5 – it uses the new 2,200mAh battery pack (DMW-BLK22) known from the LUMIX S5. The older DMW-BLF19 battery packs can, however, be used with the GH5M2 as well. The camera now supports USB PD (power delivery) via the USB-C port, so the battery can be charged while in operation.

As mentioned above, the GH5M2 will get a firmware update later in 2021 that includes the following features:

The firmware programs will be available at the LUMIX Global Customer Support site on June 8, 2021.

You can find the price of the new LUMIX camera below but the time is not set to when the camera will be available. What we know is that Panasonic will offer an Early Bird promotion worth $199 until July 31, 2021 in certain geographical regions. (Membership to LPS  (LUMIX Pro Services) platinum and a limited edition Peak Design camera strap).

Do you use the LUMIX GH5, GH5S, or any other Micro Four Thirds camera? What do you think about the new GH5M2? Is it worth upgrading from the GH5? Let us know in the comments section underneath the article.