During Panasonic’s Press Conference at NAB 2017, there was one short moment that caught everyone’s full attention. It wasn’t quite an official product announcement or a promise of firmware down the road, but a tease: a new mistery camera coming later in the year. Could we be looking at a Panasonic Varicam Mini? 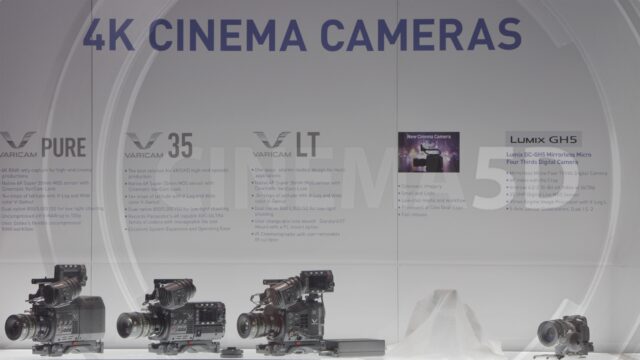 The image above is very clear about where Panasonic intends to position this new mystery camera along their range, comfortably sandwiched between the Varicam LT and the Panasonic GH5. But what could this mean, exactly?

How Small Can You Go?

This new cinema camera starts of with the promise of being small and light, even though it hasn’t been that long since the release of the already-compact Panasonic Varicam LT. So how much smaller can you get and still get the kind of image one expects from a “proper” cinema camera?

Of course, main-competitor Sony has already been down the shrinking route with the FS5. However, the Sony FS5 hasn’t quite reached wide-spread popularity as a “proper” cinema camera due to its somewhat weaker codec, and is often considered instead as an ideal option for documentary thanks to its easy handling. If Panasonic wanted to go for the market of DSLR/mirrorless shooters wanting to step up, then codec and data rate is a key area to focus on… Could this be what they mean when they say “cinematic imagery”? 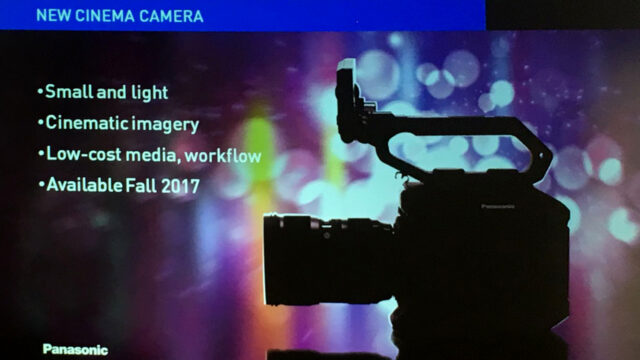 By hinting at a low-cost media workflow, I think it’s safe to extrapolate that this “Panasonic Varicam Mini” will be recording to SD cards. This, of course, could be an indication of its potential limitations in terms of data rate. At the same time, let’s not forget the firmware update roadmap for the Panasonic GH5, and the advancement that this means to the amount of information that can be recorded to this kind of media. The GH5 will be able to record 4K at 400Mbps in an all-i codec, something I think is safe to say this new camera will be capable of, and something certainly I wish my FS5 could pull off! 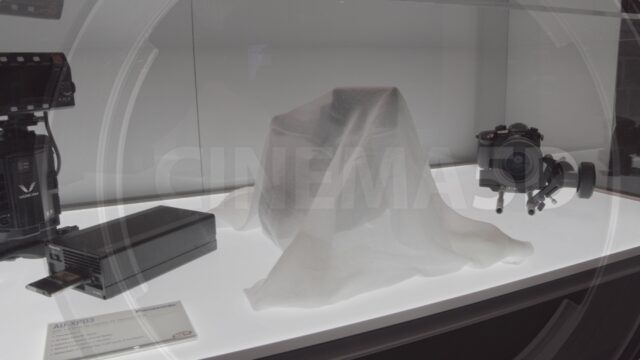 The sheet covering the mystery camera is just translucent enough to give us a hint of its form factor. We can just about make out what seems like a microphone holder, as well as the position of the monitor… Very FS5-esque indeed. What remains to be seen is just how it will compare to the Sony FS5 biggest selling points: modularity and portability.

It’s still early days. We will have to wait until Cine Gear for more information on this camera, and until the autumn for its release. However, judging by what little we know so far and what’s out there in the market, I think we are very likely looking Panasonic’s answer to the FS5 and even the Blackmagic Design Ursa Mini Pro: a compact cinema camera that’s as much at home in a documentary environment as in indie productions. In other words, a beefed-up GH5 with a Super 35mm sensor and camcorder ergonomics, with the kind of data rate capabilities to affordable media that Panasonic has already promised, and which has the entry-level market already salivating.

What do you think Panasonic have up their sleeve? What would make you decide for this over an FS5? Let us know in the comments!