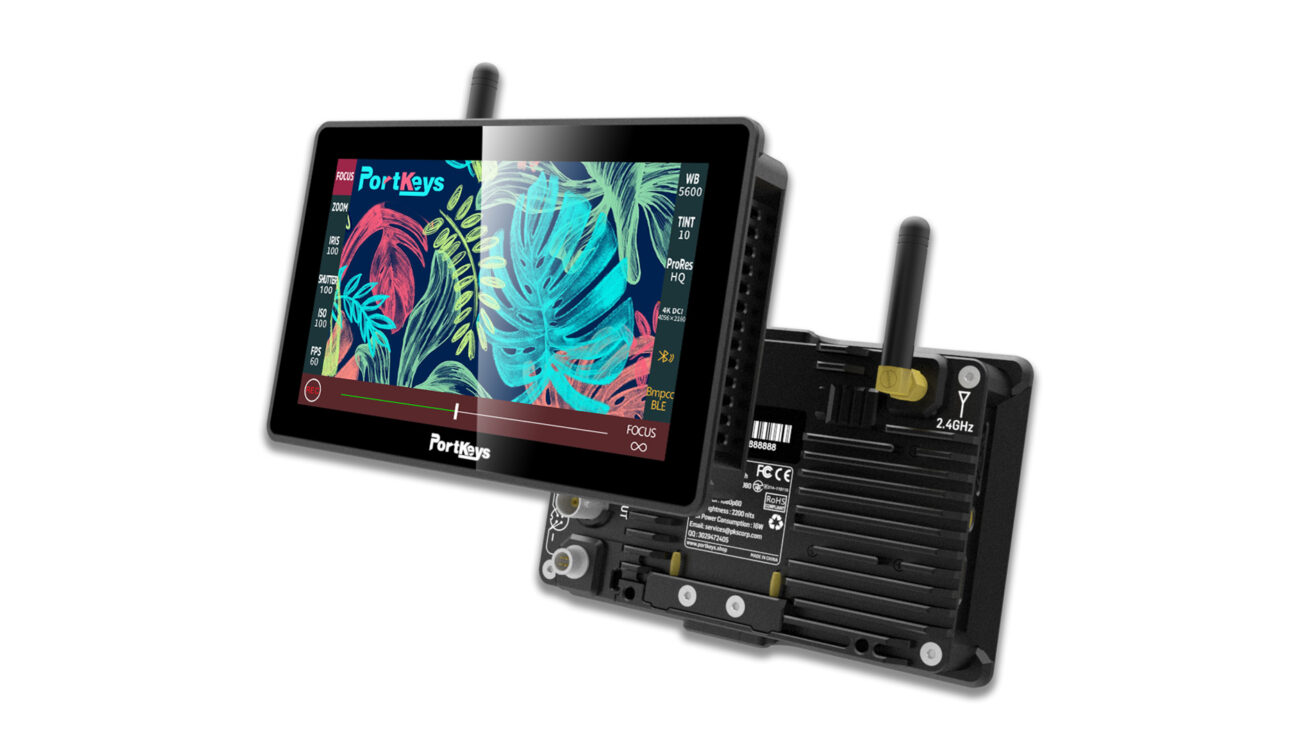 Portkeys recently released an updated version of its famous BM5 monitor that can control your camera: the Portkeys BM5 III WR. This new model features a bigger 5.5″ display with a maximum brightness of 2200nits. It has a built-in Bluetooth module to control your camera, and an implemented wireless camera control for the RED Komodo. Let’s take a closer look at it!

Portkeys is a Chinese company that released a full lineup of affordable on-camera monitors and viewfinders with an impressive price/feature ratio in a couple of years only. If you’ve never heard of them before, you can take a look at my in-depth review of the Portkeys LH5P here.

We first reported about their Portkeys BM5 monitor in 2019, a 5-inch field monitor with SDI/HDMI input and output ports capable of controlling your camera. The company released an upgraded version, the PortKeys BM5 III WR, that boasts a bigger screen and a couple of new features.

Let’s be clear, this new Portkeys BM5 III WR is not a massive upgrade over its predecessor, and most of the main features are the same, including:

So what’s different with this new model?

The BM5 III WR is now a little bit bigger than its predecessor, with a 5.5″ display compared to the previous 5.2″ one. Also, the monitor features built-in monitoring tools, including:

These monitoring tools were also available in the previous version, but Portkeys improved its peaking mode, which looks easier to view now. A new “freeze-frame” tool is now available to capture a frame and use it as a reference/guide.

Last but not least, Portkeys implemented wireless camera controls for the RED Komodo. This means that, compared to the SmallHD Focus Pro, for example, you don’t need an extra cable to communicate between the Komodo and the monitor.

From what I saw, it looks like the system is very responsive and not laggy at all. This is good news for all RED Komodo users, who now have another affordable option for wireless camera control via an onboard camera monitor.

The Portkeys BM5 III WR is available now for €517. When you order it, you’ll have to choose the correct control cable for your camera, if you want to control it wired.

What do you think about this new Portkeys BM5 III WR? Do you think it is worth upgrading from the previous version? What monitor do you use to control your RED Komodo? Don’t hesitate to let us know in the comments below!