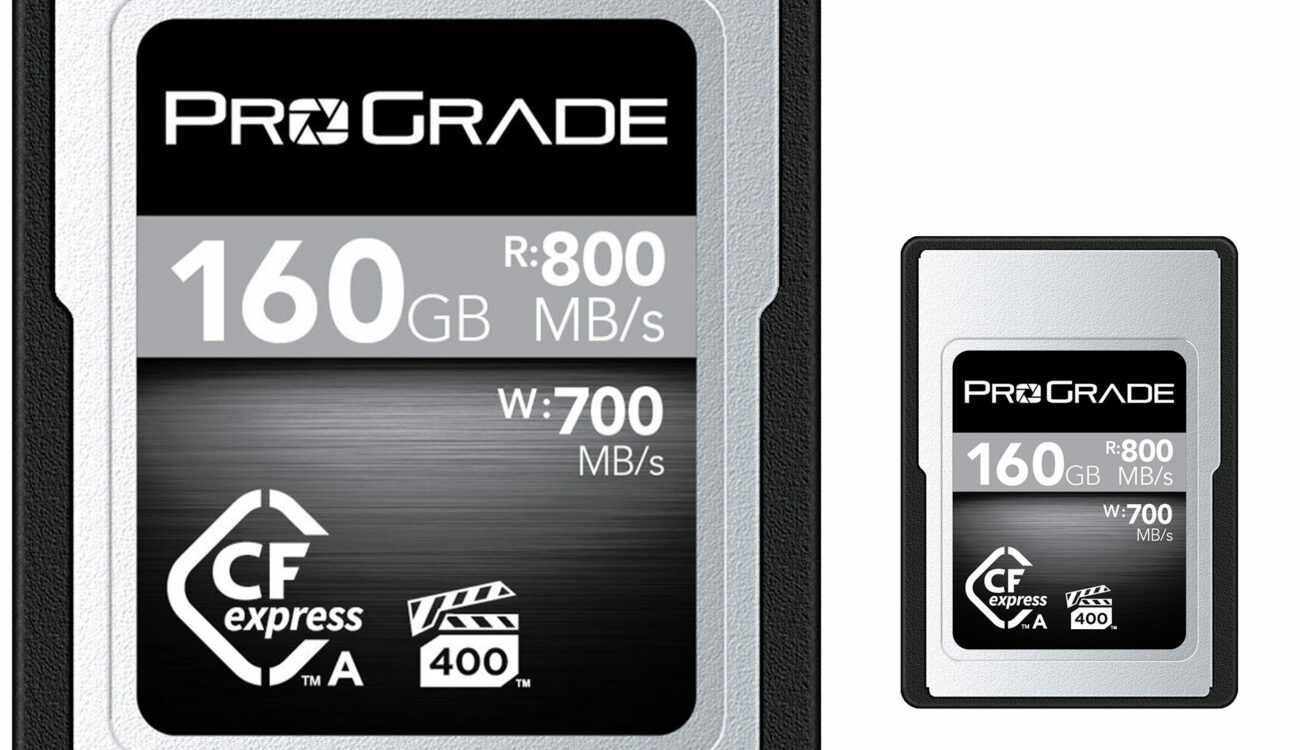 The Cobalt CFexpress Type A cards from ProGrade with 160GB capacity and speeds of up to 800MB/s are now available at a reduced price. One card currently sells for $297 and a pack of two is available for $559.

Many (including myself) believe that CFexpress is the future memory card standard for high-bitrate applications. While I like SD cards, their maximum write speeds are not quite enough for the newest 6K and 8K mirrorless cameras with high-bitrate intra-frame codec recording modes.

CFexpress has been on the market for a while now, but we mostly see companies announcing their cards for the Type B form factor, which has also been more widely supported by camera manufacturers so far. Type B is basically the same size as XQD, which is physically larger than SD cards.

CFexpress Type A made its debut last year in the very popular Sony a7S III. I find Type A interesting because the cards are physically even slightly smaller than SD cards, while they are similar enough so that Sony could make a shared card slot for both SD and CFexpress Type A in their cameras. Unfortunately, up until September 2021, Sony was the only company to produce Type A cards as a part of their TOUGH series. As a result of that, the price was not very friendly.

Back then, the price has been set to $330 which was already less than the price of the Sony TOUGH CFexpress Type A memory card ($400). Currently, there is a $30 discount on the ProGrade cards, so the current price of $297 per 160GB card is more than $100 below Sony’s TOUGH. This might be interesting for people who want these fast Type A cards to cover their filmmaking needs.

To be honest, I would also like to see higher capacity Type A cards, because if you already need Type A for a high bitrate codec, you will not be able to save a lot of footage on a 160GB card. For now, the only possible workflow is to buy more of them and keep swapping. When purchasing multiple CFexpress Type A cards, this discount comes especially handy. If you are in the market for a new Type A card, please consider using our links below the article.

Do you use CFexpress Type A memory cards? Do you have experience with other ProGrade cards? Let us know in the comment section underneath the article.