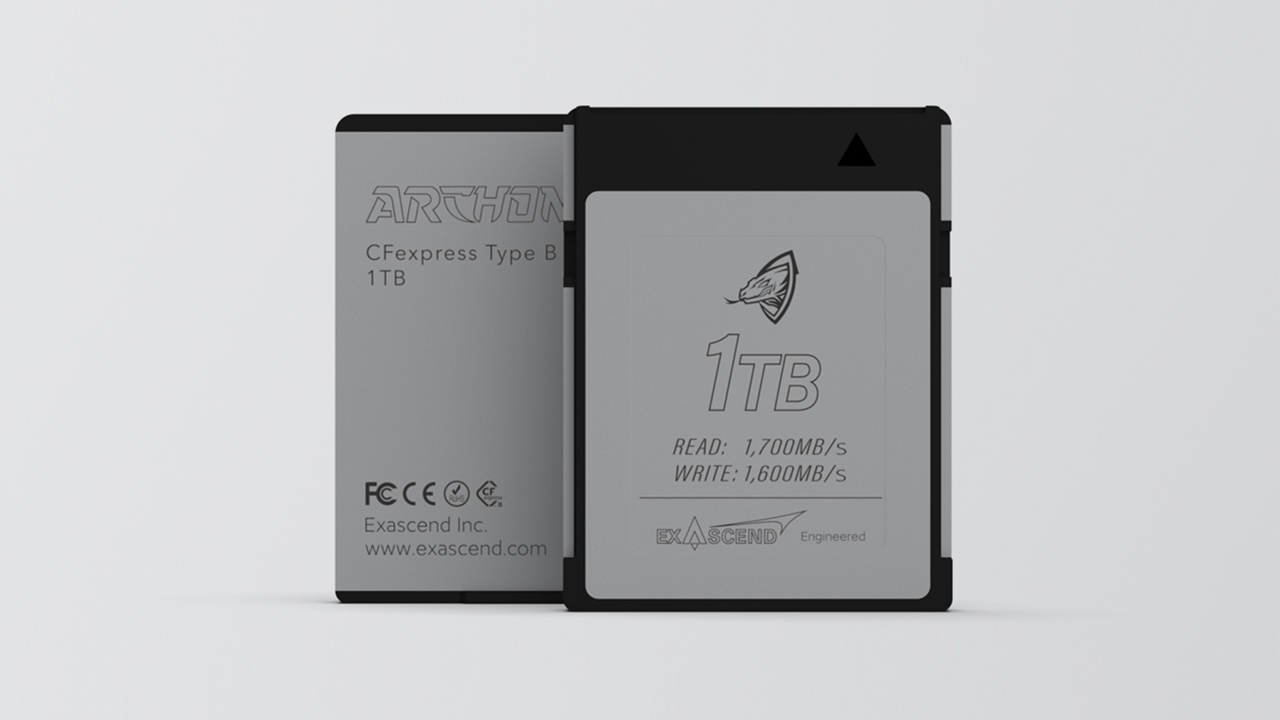 Exascend has just released the Archon 1TB CFexpress 2.0 Type B Card which obtained the RED Approved certification for use with the RED V-RAPTOR. This card offers read speeds of up to 1.700MB/s and write speeds of up to 1.600MB/s. It is now available for pre-order for $1,199.99.

With the release of the new DSCM3 lineup, including the KOMODO and V-RAPTOR cameras, RED has officially dropped their proprietary (and quite expensive) RED Mini Mag system in favor of more commonly adopted standards.

In fact, the RED KOMODO records on CFAST 2.0 cards, while the V-RAPTOR relies on the CFexpress 2.0 Type B standard.

This opens up the possibility for RED users to choose between a wider variety of brands when picking up their cards. Moreover, it offers other companies in the industry the ability to develop third-party media.

This new card can store up to 1TB of data. It can reach a maximum read speed of 1700MB/s and write speeds of 1600MB/s. These numbers ensure that the card is fast enough to support the RED V-RAPTOR’s 8K REDCODE RAW recording mode at 120fps.

RED has put this CFexpress card to test and finally declared this product as being RED Approved. This certification guarantees full compatibility with the RED V-RAPTOR and ensures a higher degree of reliability.

Moreover, according to Exascend, the card can survive the stress of extreme temperatures as well as shocks and vibrations.

If you recently purchased a fresh V-RAPTOR and you’re looking for a reliable media solution, then the Exascend Archon 1TB CFexpress represents a great solution. Furthermore, you don’t have to wait much longer.

In fact, the card is now available for pre-order on B&H and CVP and should be in stock soon. The official retail price is $1199,99. This can somehow be considered “cheap”, given that the official price of a 960GB RED Mini-Mag is $2,350.

Do you have any experience with Exascend media solutions with RED cameras? Share your experience in the comments below!

Editor’s note: In a previous version of this article we stated that Vaxis is the manufacturer but in fact the new CFexpress card is manufactured by Exascend. We corrected the mistake.