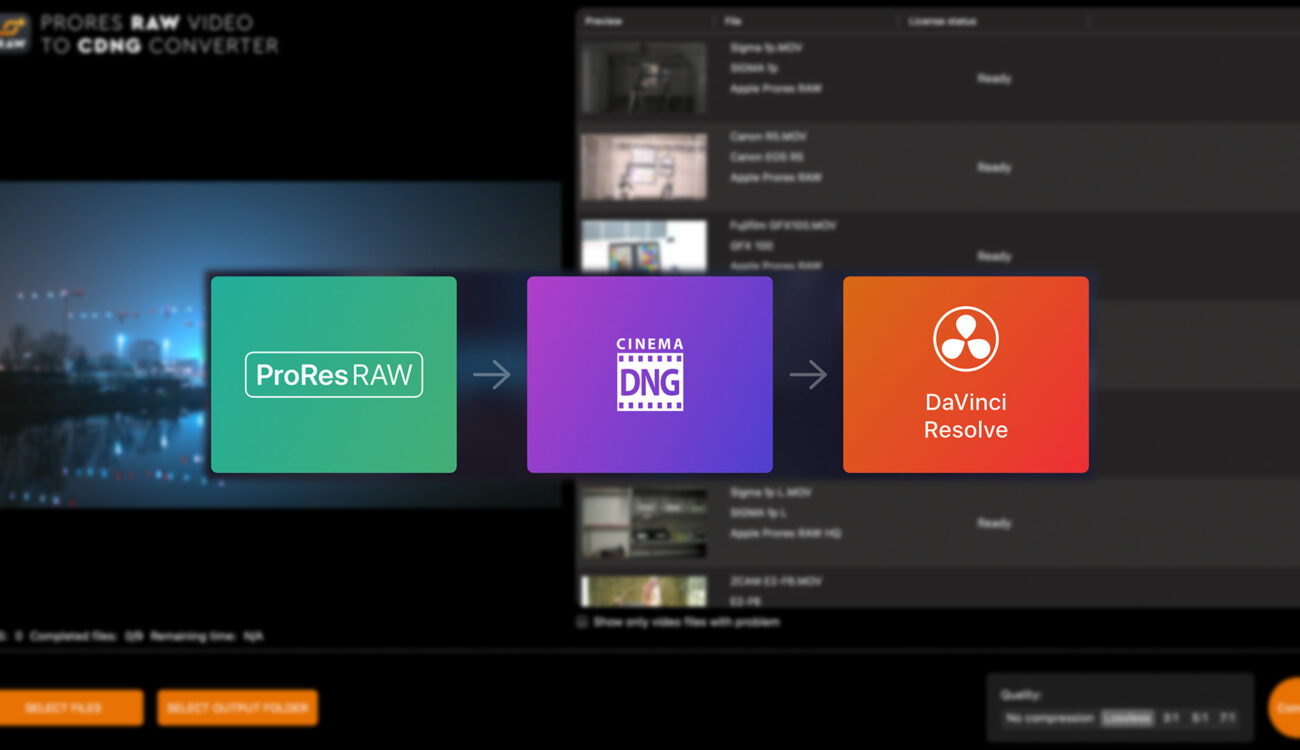 Only a few days ago I wrote an article about a new macOS app simply called Raw Converter that can perform batch converts of ProRes RAW files into CinemaDNG (cDNG) to allow for raw workflows in DaVinci Resolve. On top of that, cDNG provides individual frames as raw files, so filmmakers can pull high-quality raw stills from the footage and develop them in Lightroom if needed.

After a lively discussion in the comment section, the author of the app Nikolaj Pognerebko was able to collect sample footage from our readers and added support for new cameras as well as a lossless cDNG compression option. Let’s take a look at the details of the new update.

Here is the full list of changes in the new version 1.6:

As I wrote in the previous article (if you don’t know anything about the Raw Converter app, make sure to check it out as I go into greater detail), every camera requires an individual calibration, so it takes some time to add support for additional cameras.

When it comes to the new “true lossless” compression, it offers around 2:1 file size compression, but it is lossless because it works similar to a “ZIP” files compression, only it happens internally in the cDNG files. This way, in the example of the 4.96GB initial ProRes RAW file, the lossless compression would result in 11-12GB CinemaDNG material.

To make things easier for the app users, Nikolaj also put together a video explaining the workflow in detail:

As a sneak peek of future updates to the Raw Converter, Nikolaj told me that he is currently working on adding Timecode support. When it comes to newly supported cameras, it looks like the next version will support Z CAM E2-M4 and Z CAM E2-S6. When it comes to other Z Cam models, Nikolaj is still looking for suitable footage to fine-tune the conversion.

When it comes to adding support for (highly requested) Panasonic LUMIX models, Nikolaj told me that the ProRes RAW files from Panasonic’s HDMI raw output have white balance baked-in so he got in touch with Panasonic directly and he will see how he can figure this limitation out. Stay tuned for more news on the progress.

Currently, the Raw Converter app is only available for macOS 12 (Monterey) and it can be downloaded from the Apple App Store. The app can convert 300 frames of footage (including audio) free of charge to test the capability. For full-length conversion, an in-app purchase is available. The license currently costs around $75 per camera. As Nikolaj told me, he currently does not plan to make a Windows or Linux version.

What is your workflow for opening ProRes RAW files in DaVinci Resolve? Did you try the Raw Converter app for cDNG already? Which cameras would you like to have added next? Let us know in the comments section underneath the article.