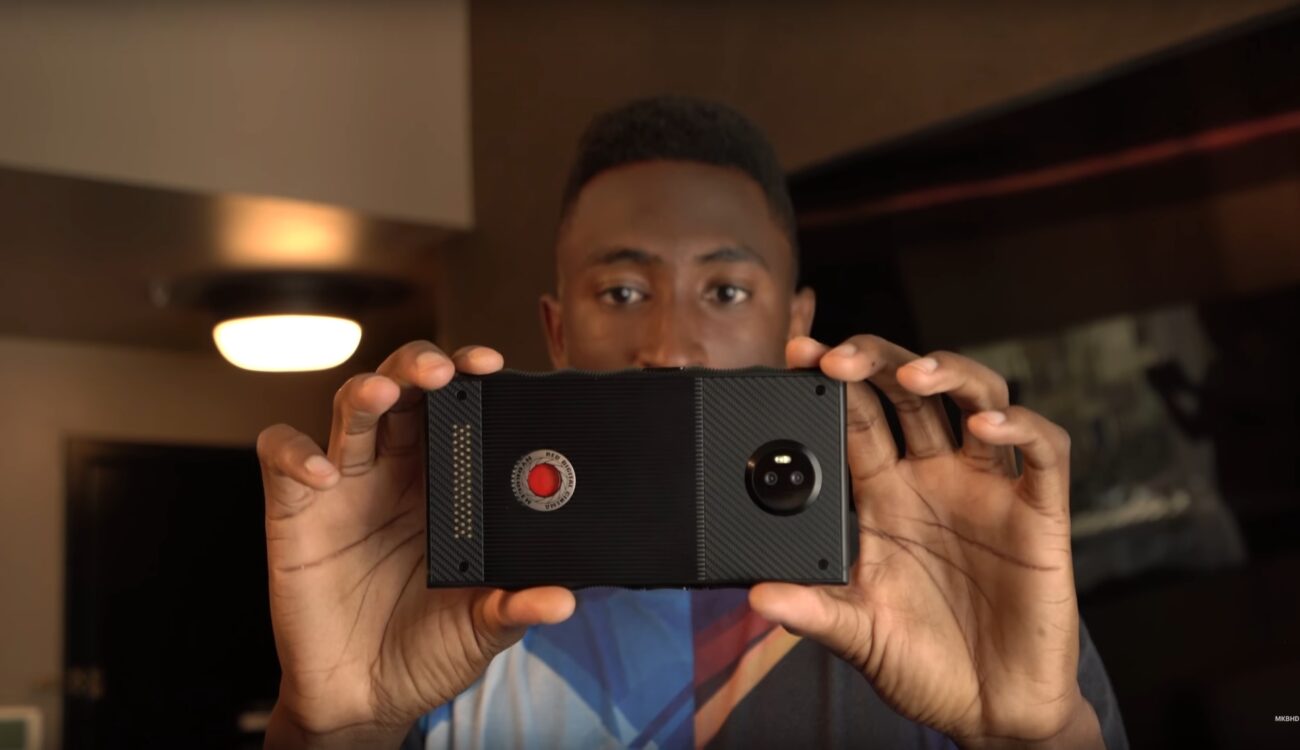 Hot on the heels of the announcement that the RED Raven will be sold exclusively throughApple.com, we continue with RED-related news today. The first ever hands-on video with the prototype of RED Hydrogen (the new smartphone RED is working on) has emerged. 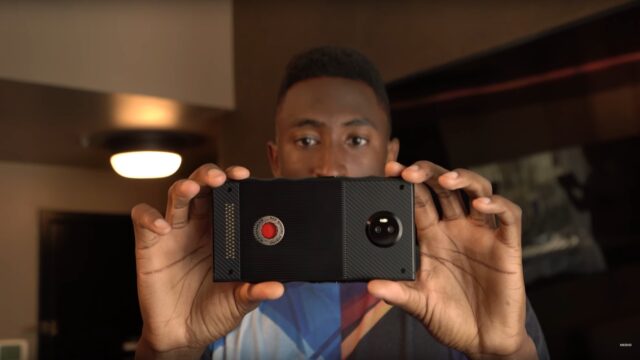 About a month ago RED announced that the mysterious product they have been working on will be a phone. Named as RED Hydrogen, it will have a very special holographic display and according to RED will be a revolution in portable cinematography.

Until today there was only one rendered image of the RED Hydrogen smartphone. YouTuber Marques Brownlee got the chance to look at the prototype of the phone, probably to debunk myths that the Hydrogen is vaporware – RED only published anticipated tech specs and one image with the announcement, something that caused some people to doubt that the product was real yet. As Marques says in the video, RED gave him the chance to examine two prototypes of the RED Hydrogen: one was a dummy featuring the final materials and dimensions with the exact same look of the final product, and another prototype which demonstrated a working holographic display.

Marques mentions the feel of the product, the materials used and the overall physical specifications of the phone. He compares it with the iPhone 7 Plus and the OnePlus 5, with the RED Hydrogen being the biggest of the lot. The body of RED Hydrogen is comprised of a combination of metal and carbon, has grip-like waved sides, a dedicated video record button and USB-C and headphone jack connectors on the bottom. 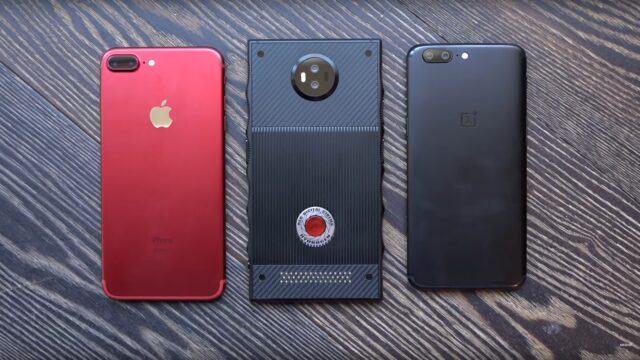 The RED Hydrogen will have a 5,7″ display that will feature that unique holographic function, which was however not demonstrated in the video. Apparently RED does not want to reveal the display yet and, as Marques said, that holographic feature would probably also not translate well in a YouTube video.

At the back of the phone there are 44 metal pins which will be used to mount various accessories to the phone, such as for instance a sensor with a lens mount. 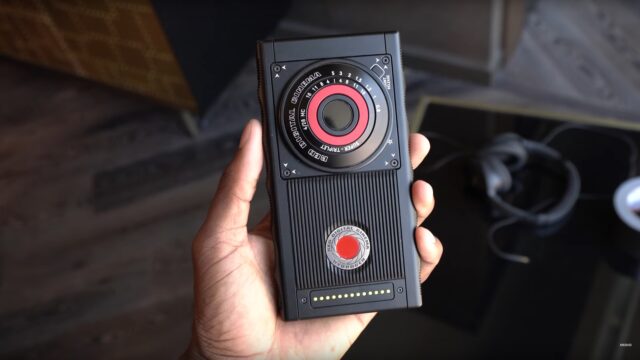 According to Marques, in the next 30 to 45 days RED should have one fully-working prototype with the final body and the functional display, so hopefully there will be new information coming soon. In the meantime, take a look at the analysis related to RED Hydrogen and the future of mobile media by our colleague Richard Lackey.

What do you think about the final look of RED Hydrogen? What are your expectations in terms of image quality? Let us know in the comments below.