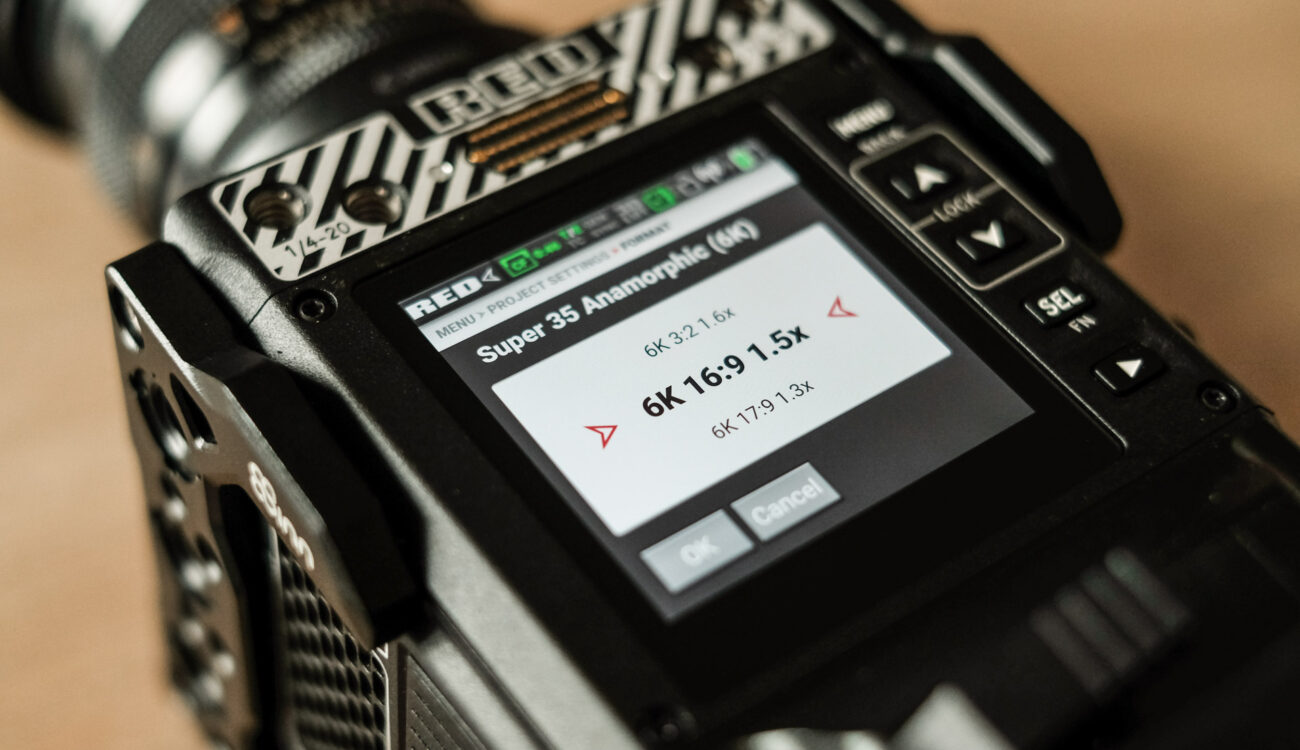 RED Komodo got a new firmware update v1.5.0 beta that adds support for 6K anamorphic R3D shooting, 6K 2:1 format, Livestream tools and magnify support, FTPS remote offload, and more. There is also a new version of REDCINE-X Pro that is required for the anamorphic mode.

As you might remember we followed the development of RED Komodo quite closely last year. Now, it has already been a few months since the RED’s compact-sized 6K camera was officially released. Although there is still quite a long waiting time for the camera, we have been seeing more and more of these little cameras in the field in the past months. After refining some bugs in the new firmware, RED finally released version 1.5.0 beta for Komodo. Let’s take a look at what the update brings.

For the full compatibility of the new features from v1.5.0, it is important to install the new version of REDCINE-X Pro software. RED launched version V52.3.50721 along with the new Komodo firmware. It adds support for Komodo anamorphic material and it fixes some bugs such as:

The REDCINE-X Professional Build V52.3.50721 is available now for download free of charge. Here is a link to the Windows (64-bit) version and here is the macOS version.

When it comes to the v1.5.0 beta firmware for the RED Komodo itself, these are the release notes from RED:

Last but not least, RED also published a list of steps on how to perform the update of the camera’s firmware in case you are not familiar with it:

The firmware can be downloaded from the RED Digital Cinema Website.

Do you use RED Komodo for your work? What do you think about this new update? Are you planning to shoot anamorphic with the Komodo? Let us know in the comments section underneath the article.