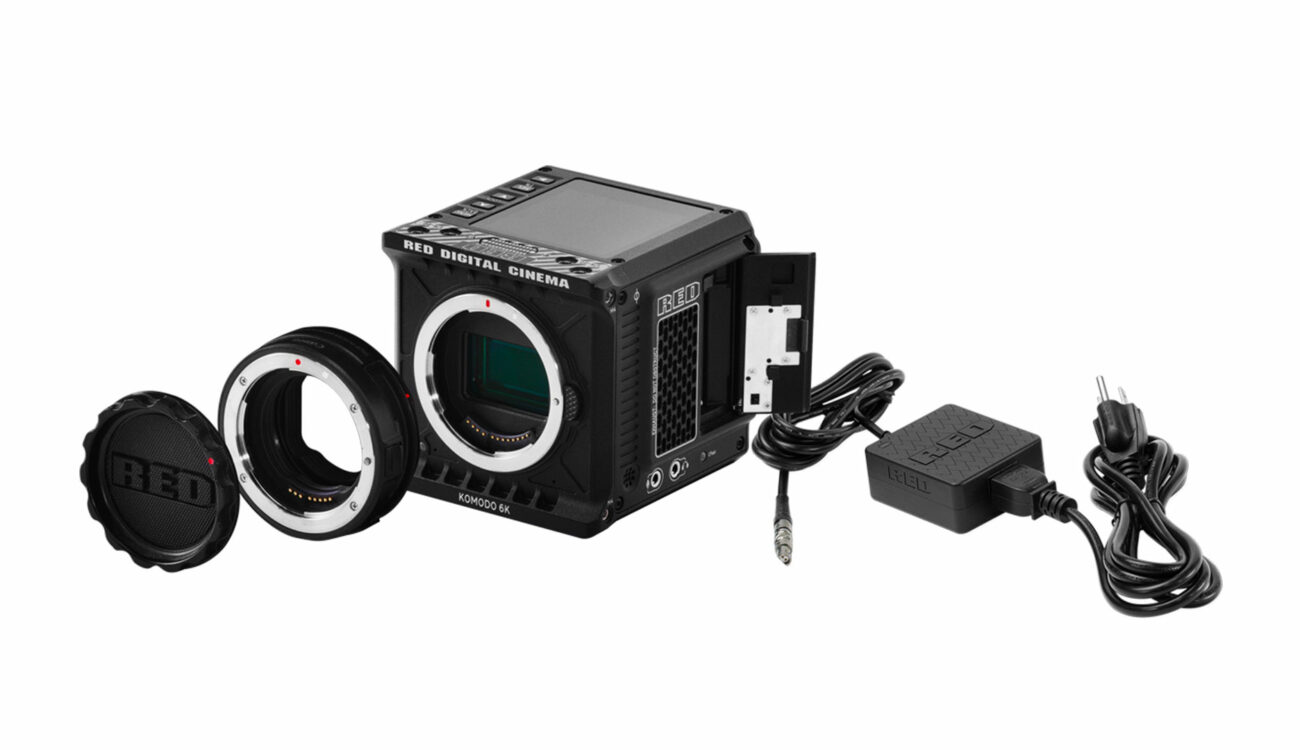 Fourteen months after its first appearance on social media, the RED Komodo is now finally available for purchase. With a price tag of $5995.00 (body only), the cameras should start shipping in three to four weeks.

The RED Komodo is a compact and lightweight camera capable of recording in 6K at up to 40 frames per second using a Super35 image sensor. The camera features a global shutter, a Canon RF lens mount, up to 16 stops of dynamic range (according to RED, we haven’t had it in our lab yet…), it records onto CFast 2.0 memory cards, and it is powered by two Canon BP-U batteries.

We already covered the camera extensively here if you want to learn more about it.

Less than a week after the opening of the waiting list for the RED Komodo, it looks like Jarred Land’s team worked hard to launch and release the camera quickly after they’ve been teasing about it for a year and a half now.

There are no doubts that the camera will face stiff competition against the Canon EOS C70, the upcoming Sony FX6, and various Z Cam models, for example.

Included in the package are:

The RF to EF mechanical adapter looks to be the official EF-EOS R “standard” one from Canon, as the Komodo doesn’t support Canon RF native lenses yet.

The Komodo Wing Grip is a little piece of aluminum that screws to the side of the camera and gives you a couple of 1/4″-20 mounting points. It’s also great to carry your camera around and grab it easily.

It’s nice to see that this package includes the Canon EF-EOS R adapter with Variable ND Filter. The extra $1200.00 they are asking for this package doesn’t feel overpriced.

Last but not least is the Production Pack that retails for $8200/€7393 and includes everything from the Start pack plus:

The Outrigger handle is a side handle with a Record Start/Stop button.

The Expander Module screws to the bottom of the camera and gives you access to a Genlock (BNC) port, GPI (BNC), Timecode in (BNC), and CTRL (4-pin). This module will surely be helpful for larger scale productions using the Komodo as a crash cam.

What do you think about the Komodo and the various packages prices? Do you consider getting one? Don’t hesitate to let us know in the comments below!