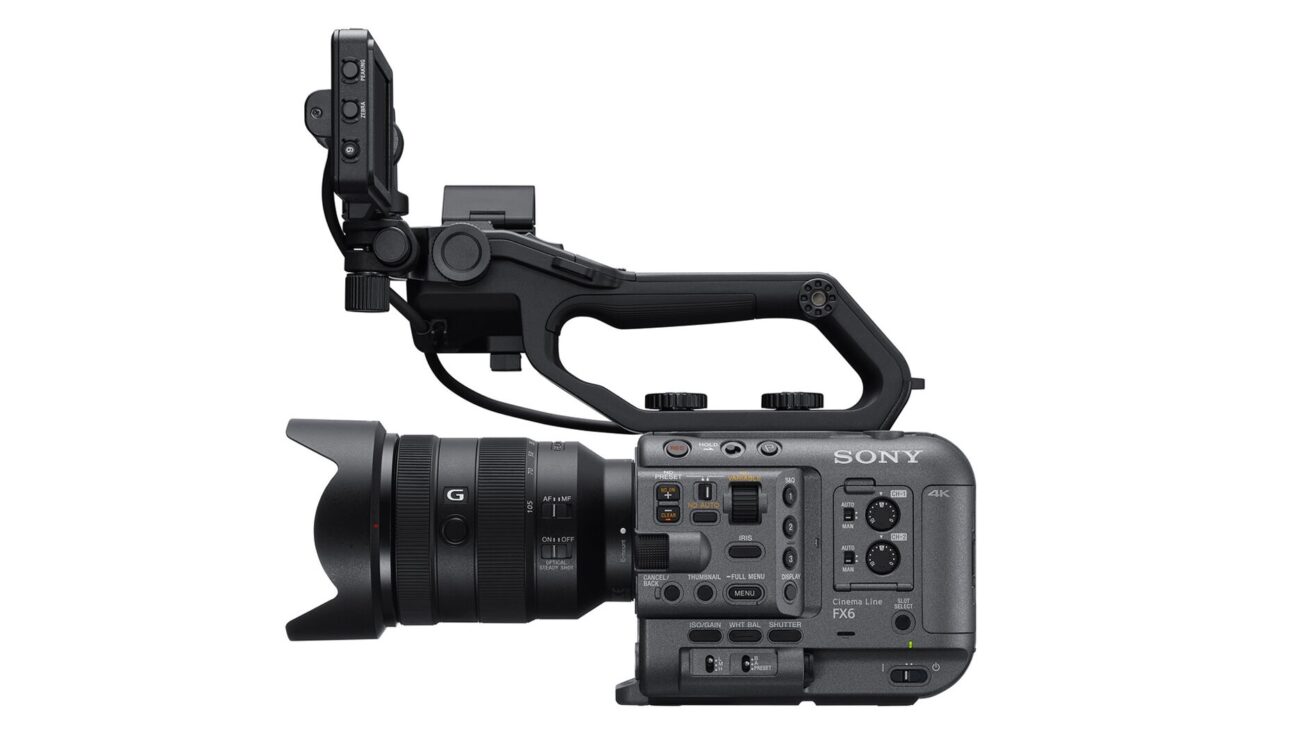 One year after the introduction of the FX9 full-frame cinema camera, Sony announces the development of a new cinema camera. Exactly in the manner of the Sony FS7-Sony FS5 duo, the FX9 will get a smaller sibling as well – the Sony FX6. Sony officially announced that this will happen by the end of 2020.

Sony FX6 – The Smallest of the Sony Cinema Line

To me, Sony’s Cinema Line seems like a new marketing term for Sony to differentiate their “big cameras” from the mirrorless lineup. The Cinema Line will include the Sony VENICE, Sony FX9, and the newly announced Sony FX6.

As this is only the announcement of its development, there is no price of the Sony FX6 yet. The camera is listed on B&H already, but currently no additional specs or information are available. The only specs we can report about from the product photos are that the camera will record 4K video, it will have a Sony E-Mount and an internal variable eND filter. The side panel, including the camera body’s color, looks much like the FX9.

Sony says they will be releasing AND shipping the FX6 by the end of 2020, so it seems like the first units will find their way to Sony customers before 2020 comes to an end.

Along with the addition of the Sony FX6, the Sony Cinema Line will see new features coming to existing cameras, as well.

In 2021, Sony’s FX9 will get the firmware update Version 3. This will add the S700PTP (a protocol that realizes S700P over TCP/IP) to control the camera remotely. Center Scan mode for Super 16mm lenses, B4 Lens support with an optional adaptor, and further features will be included in the update.

What do you expect from the Sony FX6? Do you have experience working with Sony Cinema Cameras? Let us know in the comment section underneath the article.