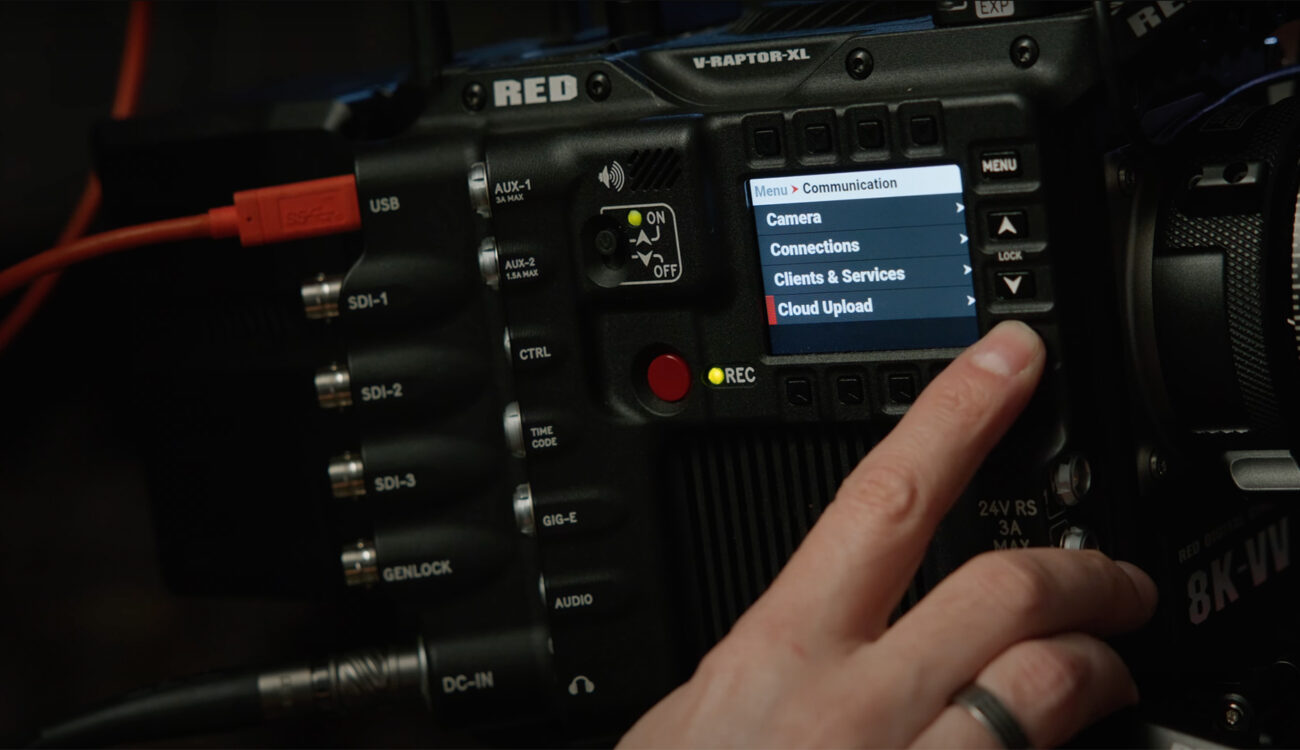 by Francesco Andreola5 days ago

Back in October, the Adobe-owned remote collaboration platform frame.io announced a partnership with RED to bring native Camera to Cloud integration to their flagship V-RAPTOR cameras (by the way, make sure to check out our Lab Test here). This feature soon became a reality with the release of a Beta firmware version for V-RAPTOR (1.4.0beta) and eventually made its way to the “entry-level” KOMODO (firmware 1.7.0beta).

However, if you found yourself in the midst of a project, it is likely that you wisely decided not to upgrade your camera. And rightfully so! The good news is that this Camera to Cloud firmware is out of its testing phase and has now been replaced by an official firmware release (v.1.4.2). So let’s take a look!

With its Camera to Cloud (C2C) technology, frame.io promises to overcome hard-drive-based workflows by the end of this decade. I briefly tested this feature with a couple of 6K .R3D clips shot on the RED KOMODO and I must admit that, although a bit scary at first, the idea of uploading RAW video files directly from set to the cloud without even having to eject your card is pretty mind-boggling.

Sure, you will need blazing-fast internet upload speeds to actually benefit from this workflow (about 800Mbps for .R3D files and 80Mbps for ProRes proxies is recommended). So for those living and working in remote locations (including, myself), this currently represents a major obstacle to exploiting C2C technology. However, it’s still nice to be able to tiptoe in these new waters, while patiently waiting for these bandwidth limitations to fade.

Nonetheless, V-RAPTOR users can now upload .R3D files in up to 8K resolution, ProRes proxy files, CDLs, LUTs, and .WAV audio files directly to frame.io (or Amazon S3) wirelessly or via wired USB-C/Ethernet. Setting up the connection is a pretty intuitive and speedy process, which is explained in this dedicated RED TECH video.

Along with the new Cloud Upload feature, firmware 1.4.2 brings other functionalities, new compatible media supports as well as a few bug fixes.

Firmware version 1.4.2 for RED V-RAPTOR 8K VV, V-RAPTOR XL and V-RAPTOR 8K S35 is now available to download free of charge. Also, please keep in mind that you will need an active frame.io or Adobe Creative Cloud subscription to benefit from the C2C feature.

Have you tested the new Camera to Cloud feature on RED V-RAPTOR cameras yet? What’s your take on this technology? Let us know your thoughts in the comment section below!