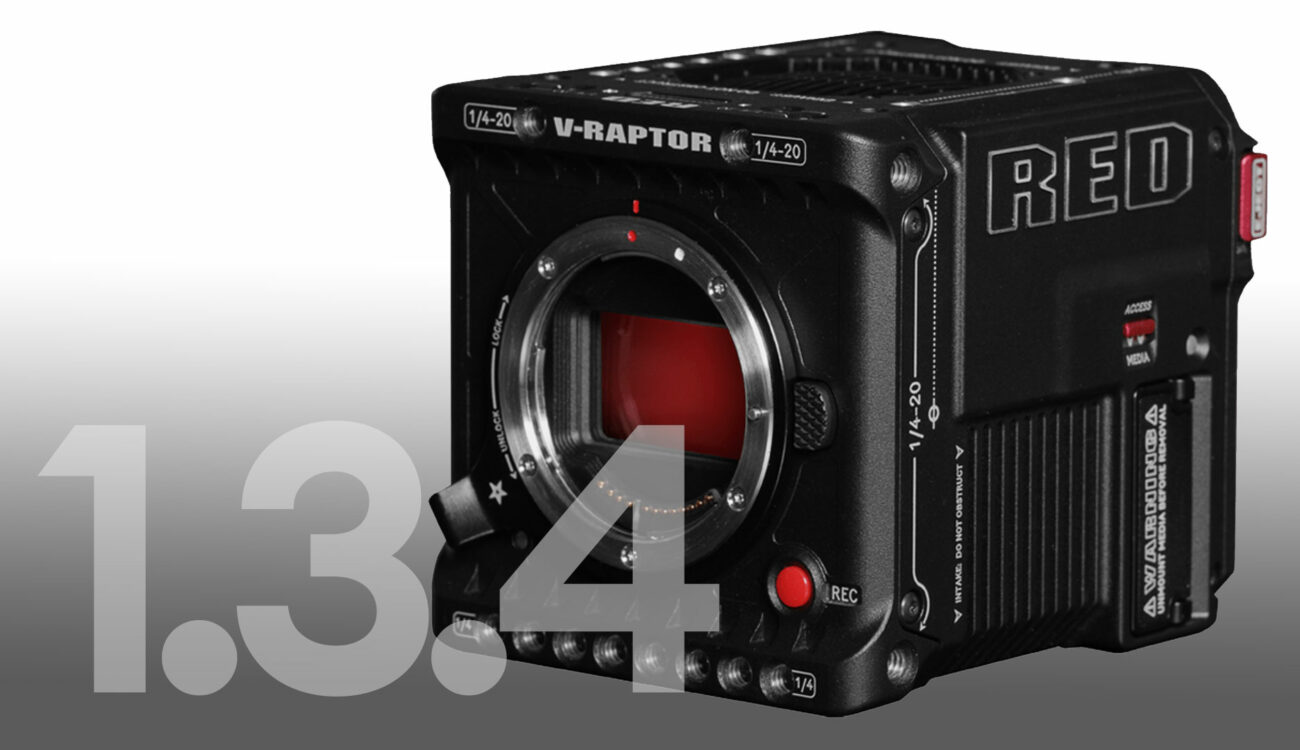 New firmware 1.3.4 for RED V-RAPTOR is out and it brings ELQ R3D quality, RED CONNECT (beta) for full resolution live R3D streaming, AF improvements, and more. The firmware can be downloaded for free on RED’s website.

It has been roughly over a year since RED first announced the white stormtrooper version of the V-RAPTOR cinema camera with an 8K 120fps VV sensor and shortly after the black version (production) models went online.

A few days ago, the US-based company released yet another firmware update that brings some new features and irons out some bugs. Let’s take a closer look.

The full list of significant changes since firmware 1.2.7 includes the following items:

The new firmware can be installed into the camera following these steps:

Do you have experience working with the RED V-RAPTOR? What do you think about the new firmware update? Let us know in the comment section underneath the article.