While GoPro’s recent track record of new products is questionable, it’s undeniable that GoPro cameras are really everywhere, and a lot of professionals (me included) are using them for professional shoots frequently. One of the major problems with these tiny cameras though is their inherent rolling shutter. No matter what GoPro marketing videos tell you, it’s almost impossible to move the little buggers as they are without causing massive image-inherent earthquakes.

And this is where a gimbal stabiliser comes in. There’s a great number of them for GoPros on the market, however so far, not a single one was able to convince me. Most of them are cheap plastic copycat products where you don’t even know anymore where the original came from, and none of them was great on features or functionality. 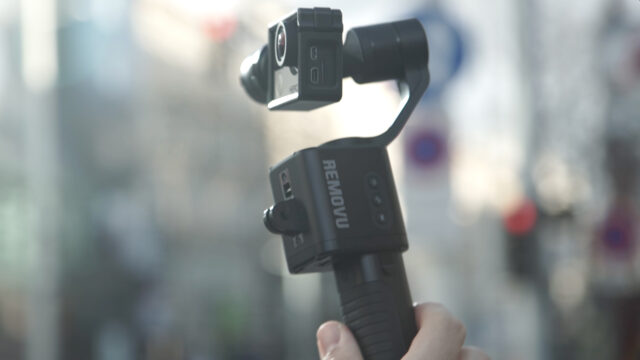 In comes Korean manufacturer Removu with their smart GoPro gimbal, the Removu S1. First of all, it looks more professional and definitely better-build than the rest. Secondly, if you look closer, you will see a lot of smart ideas.

Part of the Package & Run-Through

It comes in a little splashproof pouch that holds all the items including accessories. The gimbal itself has three motors like most gimbals, but in this case they are waterproof. This thing can literally be used in the pouring rain without issues – we tested it. The gimbal can be mounted not only to the supplied handgrip, but also to standard GoPro accessories like the helmet mount or chest harness, for example. The grip also holds the removable remote, which allows remote control of the joystick. The supplied GoPro Hero4 and Hero5 housings are smartly designed, the camera just slides in and locks by pushing only one lever. The waterproof housing is similarly slim and smart and more compact than the original GoPro housing. All the housings mount easily on the gimbal itself. 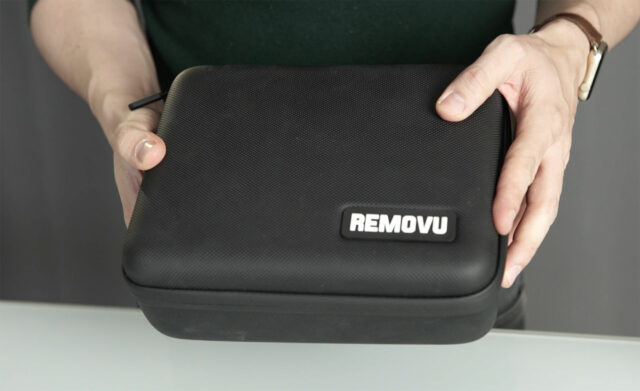 There are three modes of operation – Pan Mode, Follow Mode and Lock Mode. In Pan Mode, the camera simply pans when moving the gimbal, while the tilt is locked. In Follow Mode, both pan and tilt react to the operator’s movements. And finally in Lock Mode, neither pan nor tilt work, and the camera remains pointed in the same direction. All three modes are useful for different applications. 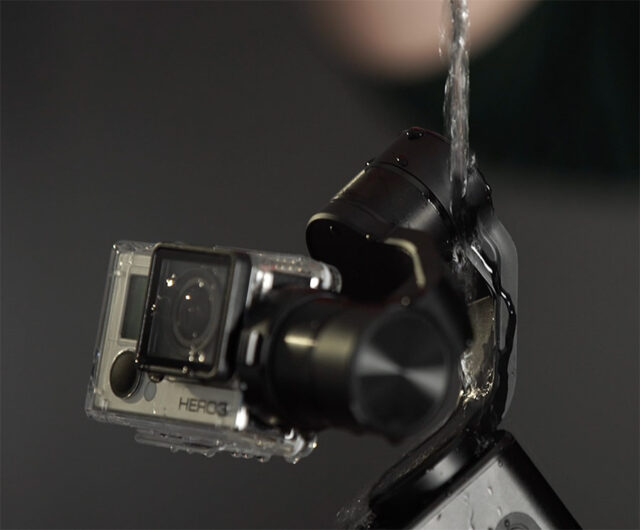 The Removu S1 Gimbal Stabiliser is waterproof – we tested it.

The Removu S1 performs very evenly across all three operation modes. While doing the review, we were running into one problem where the gimbal would tilt sideways and the horizon was completely off. Using the very simple instructions from the manual to calibrate the gimbal, it took us 5 minutes to get that corrected again. However don’t forget to take a small Philips screwdriver with you to do that, because you need to detach the GoPro mount at the bottom of the main housing. 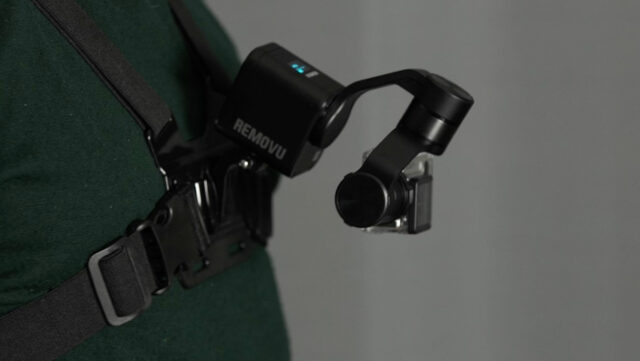 I can see the Removu S1 in a lot of different hands, from video bloggers who are looking for an easy tool to film themselves steadily while walking, to action sports enthusiasts who finally want stable GoPro images off their helmets performing their kind of sport. The Removu S1 does what it promises and works better than their competition. If there is one downside I would say that it would have been nice to able to change the speed in which the gimbal reacts to movements – however the speed they chose seems to be a good compromise between stable images and “not moving too slow in most cases”. The Removu S1 is available now.