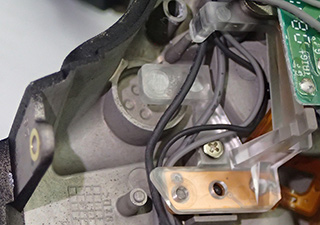 Apparently the Canon EOS 50D DSLR camera that was released in August of 2008 even before the revolutionising 5D mark II came out is video capable through the Magic Lantern hack. New information even points to a microphone base within the camera body that was never used in the final model. An anonymous Canon employee sent us this photo which shows that there is a microphone base built into the camera body. He mentioned that “the 50D was video capable, but lost this quality in final process”.

It’s interesting to get a glimpse of how the development of the video functionality for DSLR’s was developed. A video capable 50D would have made a huge difference back then.