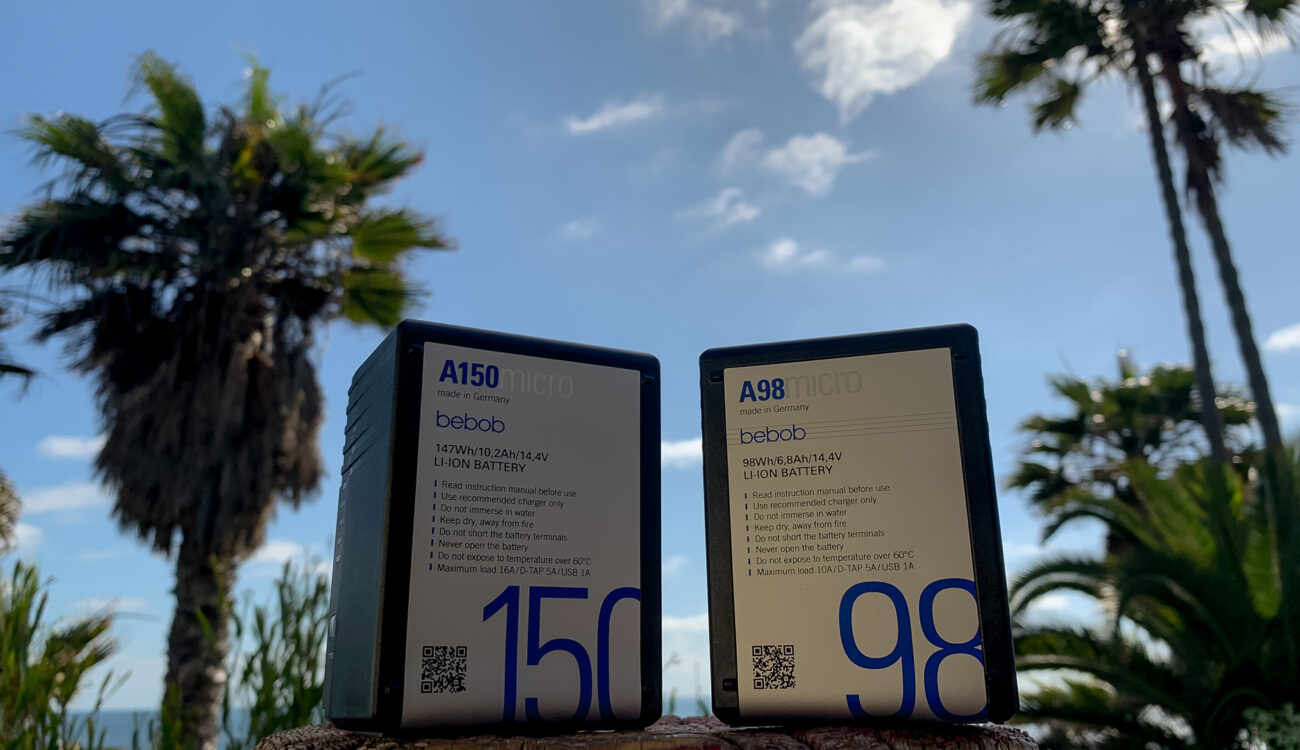 We’ve heard promises of salt water batteries and sodium ion batteries, but for the foreseeable future lithium ion batteries aren’t going anywhere. Everyone needs them and they make airlines nervous. When they work you don’t think about them and when they unexpectedly fail you end up with a really hot brick. So, when I heard there was someone innovating in the space I thought I needed to see what Bebob batteries were all about. When I  first received the new Bebob Amicro battery series in gold mount for testing I was intrigued. They’re small (easily 40% of the size of comparable Wh batteries), but do they hold up under the rigors of filming in the field? 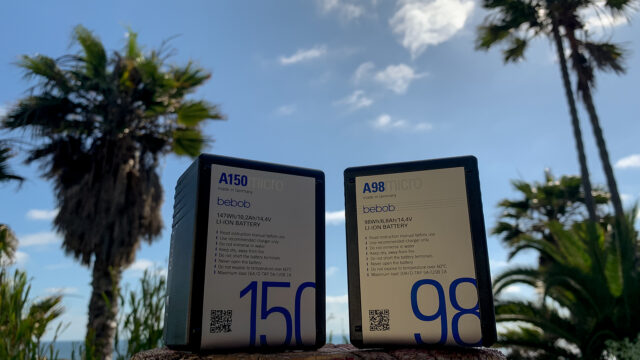 Battery manufacturer Bebob, based out of Germany, does seem to be trying to break the mold when it comes to their batteries and they recently created a new B-mount for ARRI cameras that looks rock solid. With the new Amicro line, in my opinion, the three banner features are the size, impact resistance and the nifty twist D-Tap port.

Luckily the batteries arrived just in time for a few upcoming shows where I’d often be shouldering the camera. I spent almost two weeks on two separate series using primarily the A150 and A90 mounted on a Canon C300 MK II and a Small HD Bolt 703 monitor. For charging I used the Bebob AS2 2-Position Charger. Bebob also sent me a smaller A45 (43 Wh) battery for review that I used primarily with smaller handheld monitors. 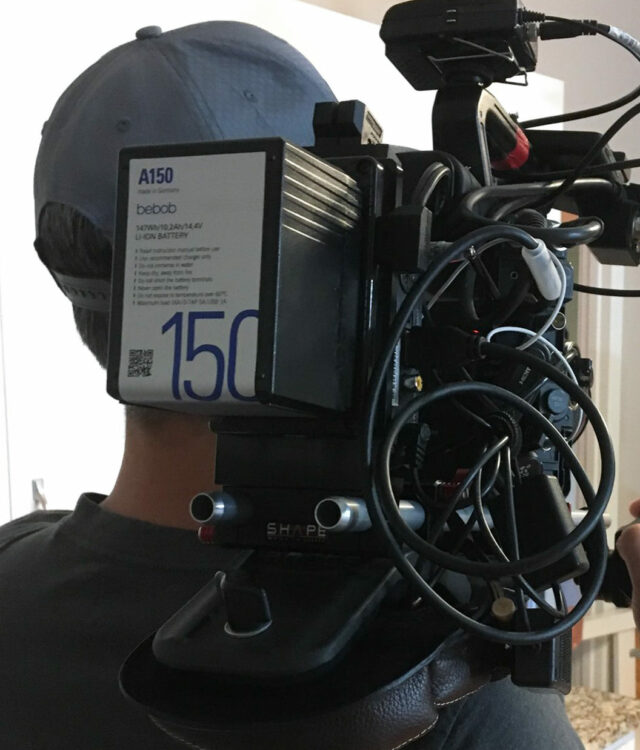 In terms of style we are still dealing with a black cube here and the batteries arrived with a large silver sticker affixed to the outside already starting to peel off at the base. Not an auspicious start, but I don’t spend a ton of time thinking about style when it comes to my battery purchases and I’ve actually had issues in the past building out camera bodies with some of the stranger non cubed designs out there.

The batteries are so small coming out of the box that I initially felt that engineering corners must have been cut somewhere to give me such a small battery.  The 98Wh Bebob battery is significantly smaller than the recently discontinued 2 lbs Anton Bauer Digital 90 and has similar power specs across the board — with the addition of a 5v USB port in the case of the Bebob battery.

I don’t usually depend on the battery weight alone to keep my camera well balanced and so the smaller size/weight was very, very welcome. This is the major feature of the Amicro line. It’s… micro. So, if small/size and weight are a major consideration for you then these batteries are already off to a promising start as a potential solution.

These batteries are rated by the manufacturer to survive falls from 4.9 feet. While I decided not to drop the batteries directly onto concrete during testing I do think they can take a beating. Over the course of two weeks I filmed in a variety of environments and temperatures and none of the three strengths of Bebob batteries I had with me exhibited any issues.

Another design standout is the twist D-Tap port that allows any male D-Tap cable to be inserted in either direction. A tiny feature, but one that should be universally adopted on all cinema focused batteries going forward in my opinion.

Battery life will obviously vary from camera to camera and Premium Beat has a great article breaking down how to judge power consumption with your particular setup. In my case, I was using the A150 while powering a Canon C300MK II w/Teradek ACE 500 wireless transmitter and got almost seven straight hours of shooting time before having to swap batteries. 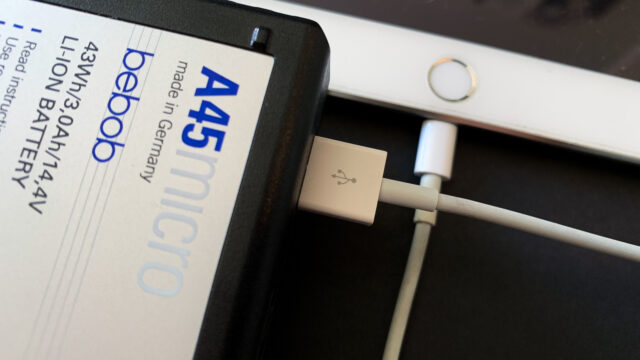 Always useful to have USB charging options while on location.

While obviously similar to what I’d get from any other 150-ish Wh battery I’m not taking the added weight over those seven hours, which is a plus. For comparison, here is the weight breakdown of a few other 150 Wh batteries on the market:

I should note that a few other brands such as Fxlion, IndiPRO and Hawk Woods are starting to come to market with other small sized cinema batteries that are all listed as being competitive in terms of weight. 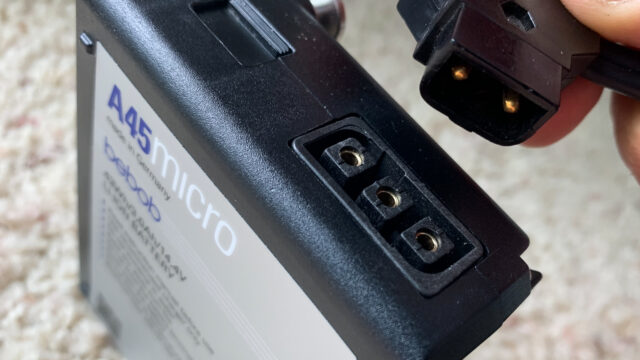 Batteries may not be the “sexiest” of camera purchases, but they are obviously 100% necessary and pricing is always a consideration. Here is the cost breakdown for the three Bebob batteries I tested:

Bebob has priced the micro versus non-micro batteries very close to one another with online retailers. For example, the micro version of the 98 Wh battery is only $5.00 more when compared to the non-micro. The micro version even allows a slightly larger Maximum Load of 10A, versus 8A from the larger 98 Wh version. So, from where I stand if you’re going to invest in Bebob batteries then you should go for the micro versions.  When you look at the costs from Anton Bauer for roughly the equivalent Wh batteries — the new Titon 90 is currently priced at $318.00 and the Titon 150 is priced at a hefty $517.00. 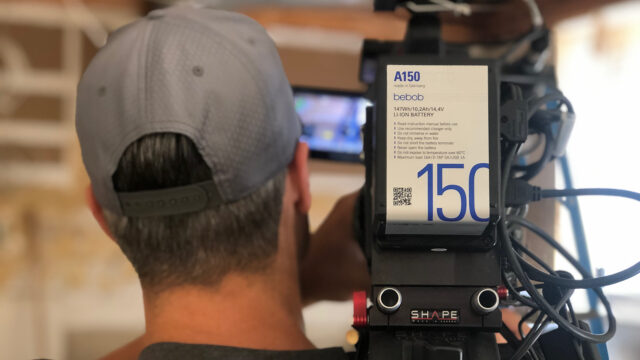 The Bebob Amicro are small, they work, they charge your phone, and they have an idiot proof D-tap port. What more could you want from a battery? Truthfully once you’ve spent time with 150 Wh batteries this tiny it is a little tough to go back to anything bigger. The most exciting prospect for me is that perhaps battery companies will now start competing for who can fit the highest capacity batteries into the smallest packages.

What do you think? Are these micro/high Wh batteries worth adding to your kit? Comment below!