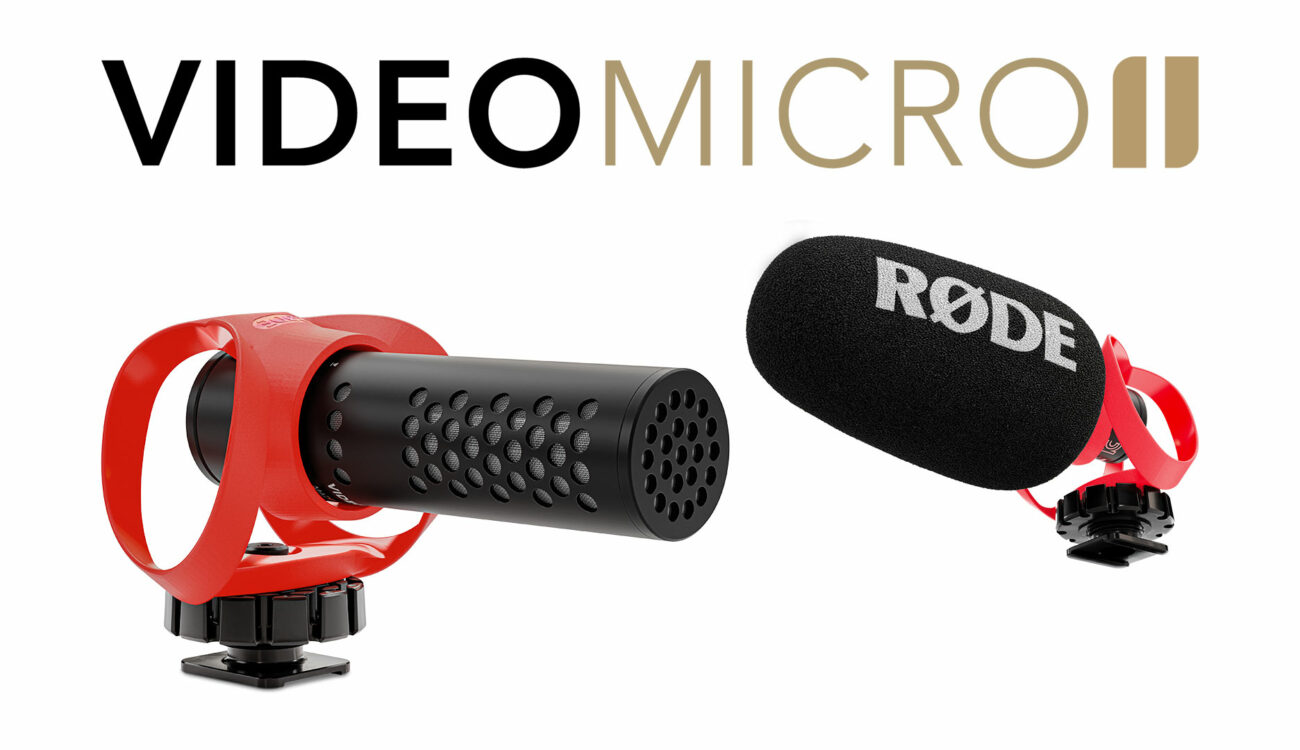 RØDE has released an update to its ultra-tiny VideoMicro on-camera shotgun microphone: the RØDE VideoMicro II. The dimensions of the second version are nearly identical to its predecessor, but it now features a more directional super-cardioid pickup pattern and a redesigned helix shock mount. So let’s take a closer look at this affordable microphone!

RØDE has been well-known among filmmakers and content creators for creating quality microphones and podcasting solutions. Already earlier this year, the company updated their VideoMic GO II microphone.

The original VideoMicro was first introduced in 2015 at a very affordable $59 price tag, which is now even more affordable at only $49. Close to eight years later, RØDE is back with an updated version: the VideoMicro II.

The RØDE VideoMicro II is an ultra-compact on-camera shotgun microphone with dimensions of only 8cm and a diameter of 2.2cm. In terms of weight, you’ll probably not feel much of a difference in your camera bag as it is only 39g with the included shock mount.

The VideoMicro II plugs into your camera/smartphone via the microphone’s built-in 3.5mm TRS audio input. In the box, the microphone comes with one short coiled 3.5mm TRS to TRS cable and one longer TRS to TRRS cable. The nice thing about the VideoMicro series is that the microphones do not require external power: they’re powered by the device you plug them into.

This updated version has a more narrow super-cardioid pickup pattern than the one of its predecessor. In short, the VideoMicro II is more directional and rejects more offset sounds.

The RØDE VideoMicro II is available now for $79.00. In the box, you’ll find the microphone, the HELIX shock mount, foam and furry windshields, and SC7/SC13 audio cables.

What do you think about this new compact on-camera shotgun microphone? Do you often use on-camera microphones? Do you have a go-to? Don’t hesitate to let us know in the comments down below!