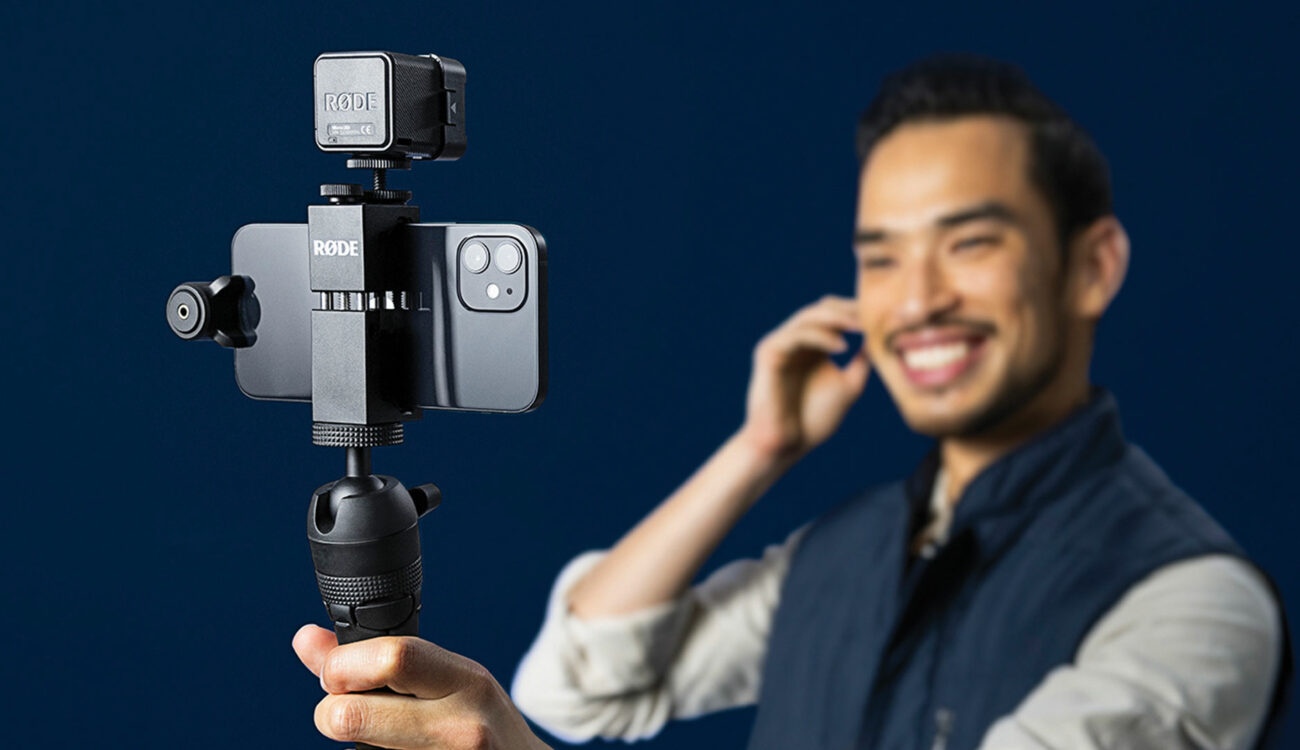 RØDE has just released a new set of accessories for content creators and filmmakers that want to vlog with their smartphones: the RØDE Vlogger Kits. Three versions are available: two are for iOS and Android shooters, and a third Universal one is made for users with older devices. These kits consist of a RØDE VideoMic, a tripod, a phone grip, one compact LED light, and accessories. Let’s take a closer look at it!

If you are looking for a lightweight, portable, yet affordable piece of kit to vlog with your smartphone, look no further: this RØDE Vlogger Kits might be the right tool for you!

The Australian microphone specialized company RØDE has just launched a new lineup of products called the Vlogger Kits. All of these kits consist of the main core accessories, which include:

With the RØDE Vlogger Kits, the company addresses most of the problems smartphone content creators might have: lighting, holding your phone steadily, but more importantly, sound.

As we mentioned previously, three different versions of the RØDE Vlogger Kits are available. The main difference between the kits is the included microphone that all comes with a furry windshield.

For these two kits, the microphones are the same, the only difference being the end connector. There is no need for a cable. The VideoMic Me attaches to your smartphone’s Lightning/USB-C connector directly—a small rubber “shock mount” inserts between the microphone and your smartphone to minimize handling noises.

The VideoMic Me is a pressure gradient electret condenser microphone with a Cardioid polar pattern. The microphone is pretty lightweight at only 28 grams and dimensions of 73.5mm x 25.4mm x 20.1mm. What’s nice is that the VideoMic Me is powered by your smartphone directly, and it has a built-in 3.5mm headphone output so you can listen to what you’re recording.

Finally, the Universal Edition RØDE Vlogger Kit includes a VideoMicro microphone with a traditional 3.5mm jack. This microphone is not new, as it was released back in 2015. With this Universal Edition, you’ll also get a RØDE DCS-1 dual cold shoe mount that allows for the neat mounting
of two microphones or cold shoe accessories on the SmartGrip.

The RØDE Vlogger Kits are available to pre-order now at B&H for $149 regardless to the kit you choose.

For more information, you can visit RØDE’s dedicated website here.

What do you think about these Vlogger Kits? Do you often vlog with your smartphone? If not, what is your go-to vlogging camera? Don’t hesitate to share your thoughts below!