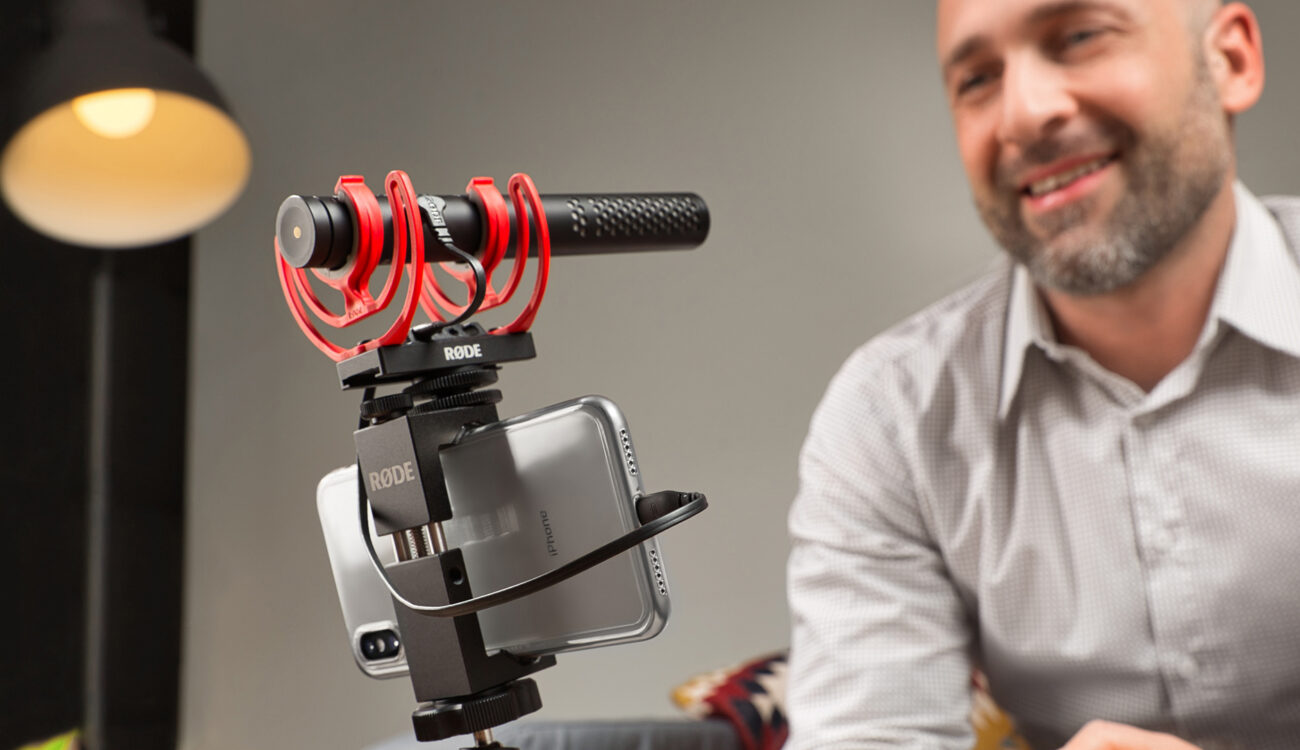 About a year ago RØDE released the VideoMic NTG a hybrid between its VideoMic consumer series of microphones and the professional NTG line. Previously, the VideoMic NTG was only compatible with Lightning-equipped iOS devices via the 3.5mm output.

The VideoMic NTG features an auto-sensing 3.5mm output, so it works seamlessly with both cameras and smartphones. When connected via USB to a computer, smartphone or tablet, the free 3,5mm port can be used to plug in headphones for monitoring.

Until now, using the RØDE VideoMic NTG as a USB microphone was not possible for users of iOS devices like iPhones, iPads, or iPods up.

RØDE has officially MFi (Made For iOS) certified the device, so creators can now plug their VideoMic NTG into their iPhone, iPad, or iPod.

With the SC15, owners of the VideoMic NTG can now use the full potential of the device:

Existing RØDE VideoMic NTG users will need to update the device’s firmware to use their microphone with iOS devices with the SC15. You can download the latest firmware update here.

Please let us know in the comments if you are using a RØDE VideoMic. And let us know what you think of its audio quality. Is the SC15 cable and the iOS compatibility of the microphone interesting to you?