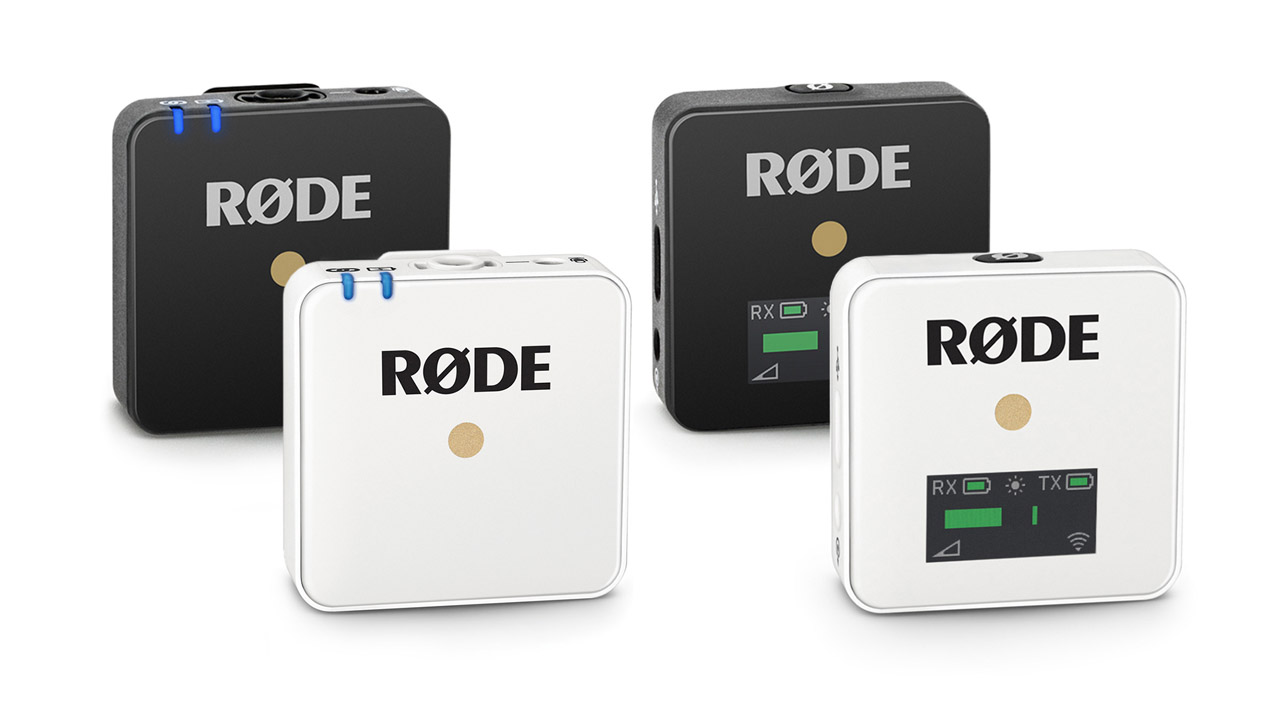 The new white addition includes the Wireless Go transmitter and receiver as well as the separate lavalier mic and furry wind shield.

The announcement also includes the Interview Go, an accessory that turns the Wireless Go transmitter (TX) into a handheld wireless mic. 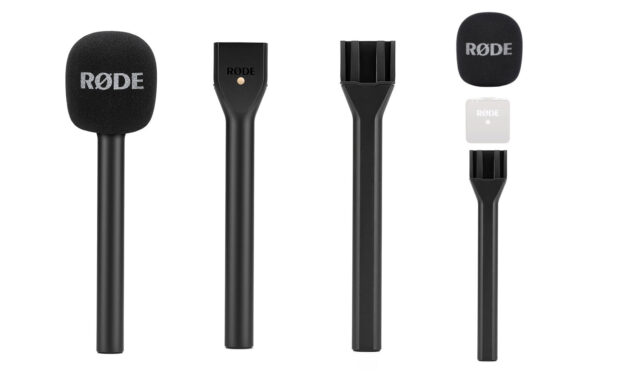 It does this by the using the integrated omnidirectional mic on the TX, slotting neatly into the top of Interview Go it forms the guise of what is traditionally a handheld condenser microphone.

The third announcement is the Magclip Go, a magnetic clip accessory that lets your quickly attach your Wireless Go to people or surfaces. 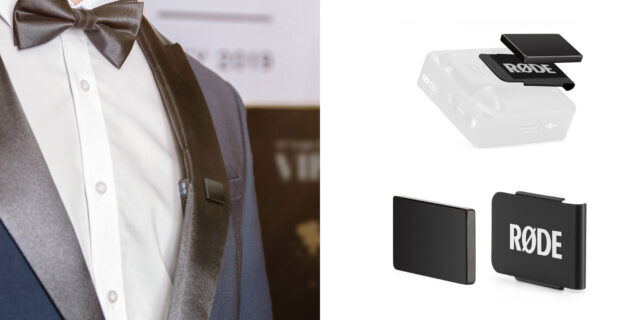 The receiver and transmitter are both tiny, weighing just 31g (1.1oz) each. Both have 3.5mm jack ports for respective in and out audio.

The RX also has a DB button for a 3-step audio level – low medium and full (full being 0db).

The clips on the back of each unit make them easy to mount and conceal.

Both TX and RX have internal 7-hour life batteries that are charged via USB-C.

On top of the 3.5mm audio-in port, the transmitter (TX) also sports an integrated omnidirectional mic.

This means you can use the TX as both a wireless pack and stand-alone wireless mic (it’s small enough).

This flexibility, along with the sub $200 initial price tag makes the RØDE Wireless Go a strong contender for beginner and intermediate filmmakers that are looking for a fuss-free wireless system.

The RØDE are developing it into a pretty workflow – the RX is light and small enough to use it as an all-in-one lav mic, keep in on the end of the a boom pole thus keeping cable runs low and with the Interview Go now as a handheld mic solution.

The MagClip Go also opens the door for fast mounting, whether it is on a person, or concealed somewhere within your set.

Available now, links for packages below.