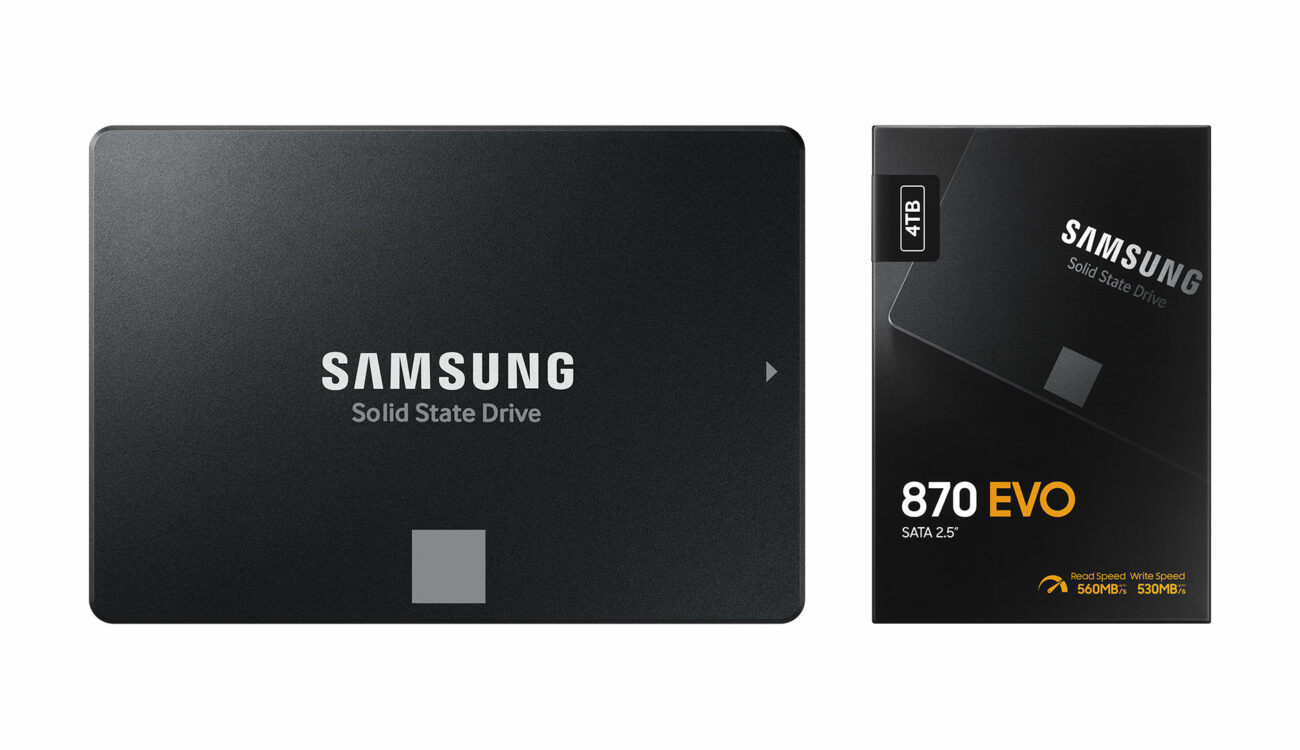 Samsung has just released an updated version of its famous 860 EVO SSD drive: the Samsung 870 EVO. With a maximum read and write speed of 560 and 530MB/s, respectively, this drive gives you, according to Samsung, 38% higher random read performance than its predecessor. It’ll be available in various sizes from 250GB up to 4TB.

Samsung EVO SSD drives have been trendy amongst consumers, prosumers, and of course, filmmakers. Indeed, for the past five years, these drives have been the world’s best-selling consumer SSD series. Initially launched in July 2013 with the 840 EVO, the 860 EVO launched in January 2018 has not been updated for three years.

It can look like “traditional” SATA 6.0GB drives, and SSDs are slowly starting to get replaced by PCIe SSD/NVMe drives that are much faster but with a high price tag. Samsung just introduced the 870 EVO that offers better performance and reliability to refresh its lineup and keep up with the SSD race.

The Samsung 870 EVO features the company’s latest V-NAND and controller. It means that it can reach close to the maximum SATA sequential read and write speeds of 560 and 530MB/s, respectively.

According to Samsung, the 870 models also deliver a nearly 38% improvement in random read speed over the previous 860 models. In terms of longevity, the 870 EVO offers around 30% improvement in sustained performance over the 860 EVO, as well as a “class-leading terabytes written (TBW) rating of 2,400TB or a 5-year limited warranty, for its 4TB model.”

In short, the 870 EVO should be a bit faster and more reliable than its predecessor.

What do you think about this new Samsung 870 EVO? Do you still use regular SATA drives? What is your go-to model for uses in external video recorders? Don’t hesitate to let us know in the comments below!