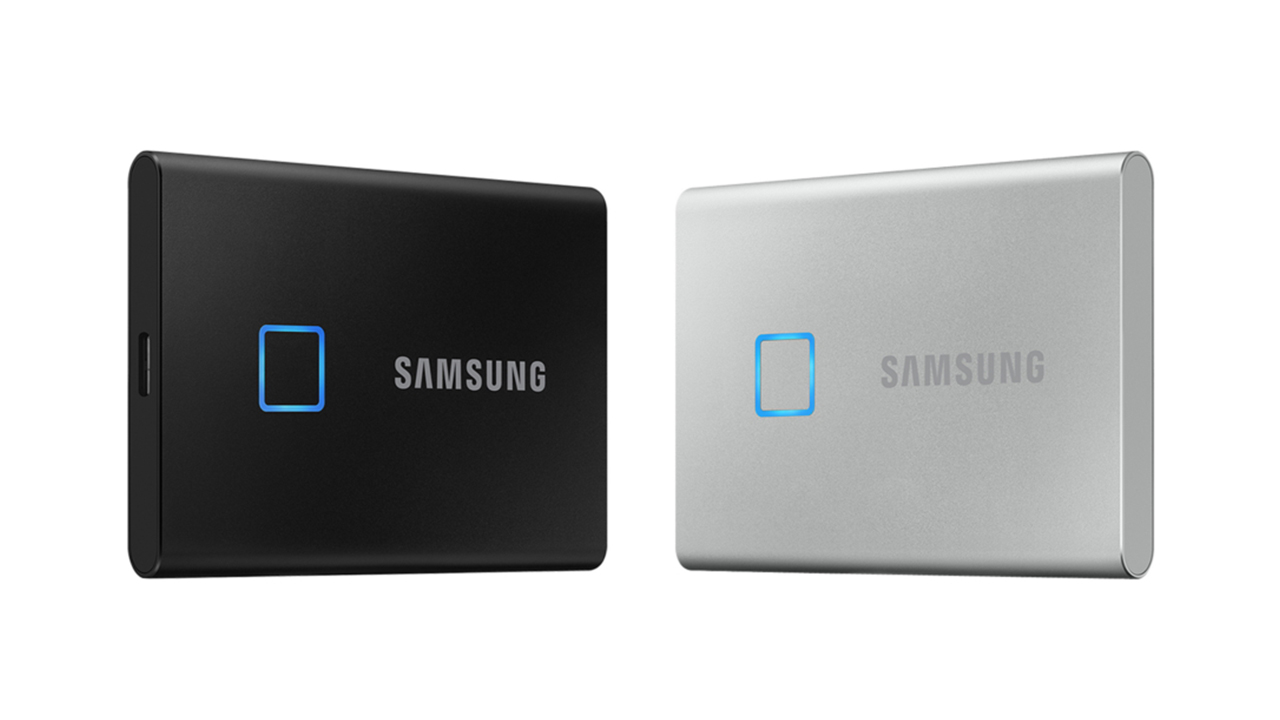 Samsung just introduced the successor of the T5 during CES 2020: the Samsung T7 Touch. This new tiny SSD external drive can carry up to 2TB of data and is fingerprint-protected. Let’s take a closer look!

Recording to an External SSD

Over the last year, we saw more and more cameras capable of recording directly to an external SSD. Indeed, the Blackmagic Pocket Cinema Camera 4K/6K and the SIGMA fp, for example, are capable of recording the signal out of the camera’s USB Type-C port directly onto an external SSD. This feature is especially useful because SSDs are usually more affordable than specific memory cards. The price per Gb is more affordable, and you can directly edit from the SSD when you are back at the office (even if I don’t recommend doing so). 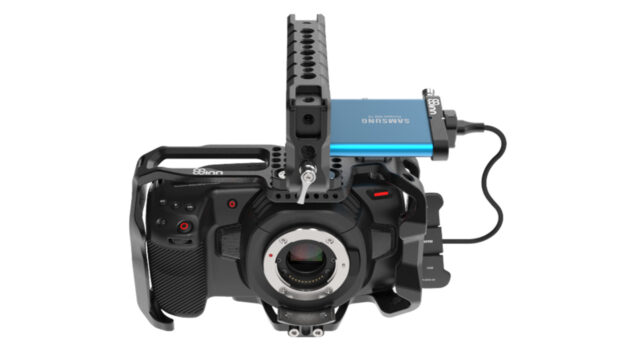 The Samsung T5 has been a popular option for filmmakers. Image credit: 8Sinn

A couple of external SSDs are capable of supporting these direct-to-drive recordings, and one popular choice amongst filmmakers has been the Samsung T5. This compact drive came out in 2017, and it features a blazing-fast transfer speed of up to 540MB/s. It is available in several capacities, from 250GB up to 2TB. I have one personally, and it’s been my favorite on-set drive when I need to backup memory cards or when I’m working on the road. To make a great product even better, Samsung just introduced the Samsung T7 Touch. Update 22/07: however, the Samsung T7 is not compatible with the Blackmagic Pocket Cinema Camera 4k/6K. 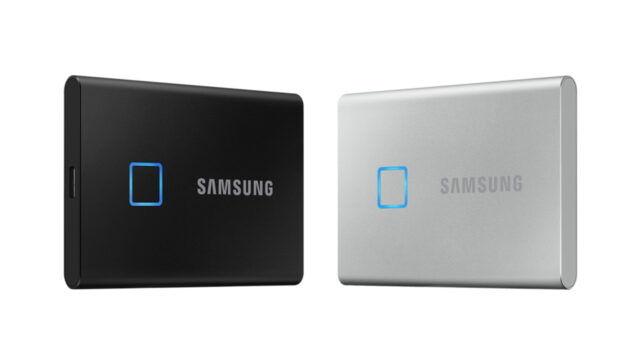 If it ain’t broke, don’t fix it. This rule applies perfectly to this new Samsung T7 Touch that keeps the same design, but it is slightly larger than its predecessor at 85 x 57 x 8.0mm vs. 74 x 57.3 x 10.5 millimeters for the T5. For filmmakers that are using an SSD holder on their rig, it will probably not fit into your existing solution, and you’ll have to purchase a new SSD holder.

The Samsung T7 Touch still weighs next to nothing at only 58 grams, which is 7 grams heavier than the T5. The casing is now entirely made out of aluminum, and Samsung claims that it is drop-resistant up to two meters. 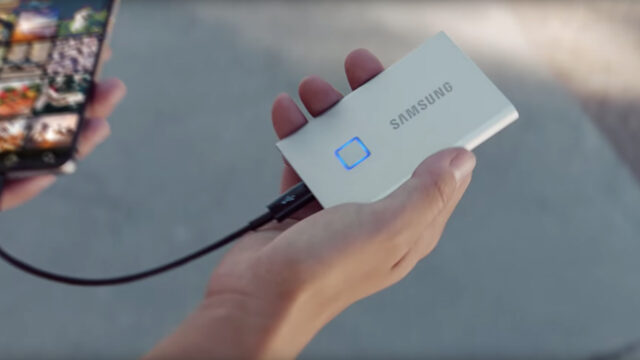 The most noticeable improvement in this new version is the addition of a built-in fingerprint scanner on top of the SSD. This fingerprint protection complements the password protection and AES 256-bit hardware encryption of the drive. You can register up to 4 fingerprints. If you are carrying footage or sensible data, this extra layer of security is an excellent addition. If you don’t like the Touch function, a Samsung T7 “standard” version should come out later this year. 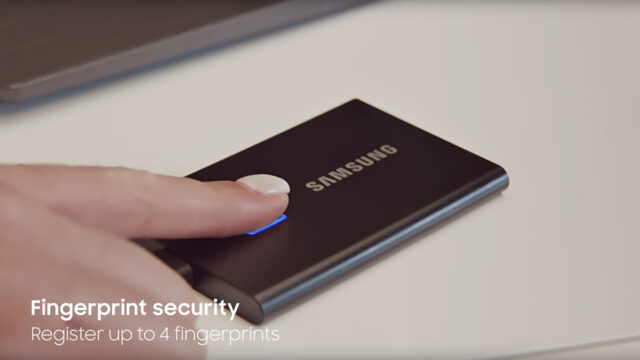 The Samsung T7 Touch features an upgraded USB Type-C port that now reaches USB 3.2 Gen 2 standard. Samsung claims that the T7 Touch is twice as fast as the T5 with “a read speed of 1,050MB/s and a write speed of 1,000MB/s.” It is compatible with Mac, Windows, and Android operating systems.

What do you think of this new Samsung T7 Touch external drive? Do you already record your footage directly on the T5, or are you using another model? Let us know in the comments below!